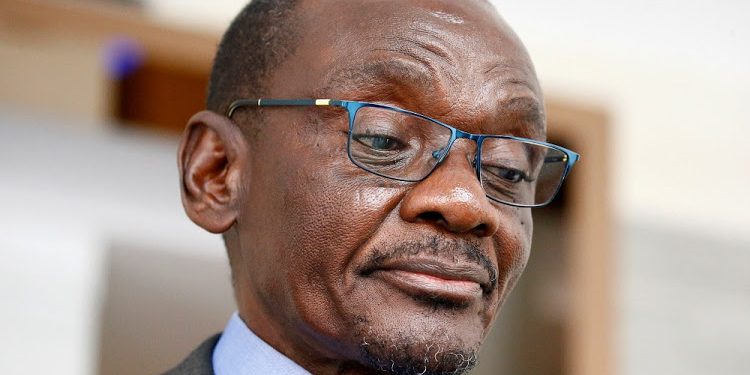 Barely audible and behind a face mask, the 71-year-old told reporters that the recordings were concocted and that he was innocent of the allegations.

“I am innocent and a victim of political machinations being peddled through hacking and voice cloning.”

He added that the allegations were not only false but choreographed to soil his image as a national leader.

The government spokesman shared a video of Mr Mohadi’s statement.

In a series of phone calls published by local media, a man is heard arranging for sex including in his government office and a hotel.

The Women’s Coalition, a rights group, has petitioned the state Zimbabwe Gender Commission to investigate possible illicit relations with subordinates and sexual harassment within the office of the vice-president.

The Zimbabwe Human Rights NGO Forum voiced concern about the allegations and a culture of abuse of office and power by a public official for sexual advantage.

The main opposition called for his resignation.

Mr Mohadi was appointed one of two vice-presidents in 2017 following the ousting of former leader Robert Mugabe.