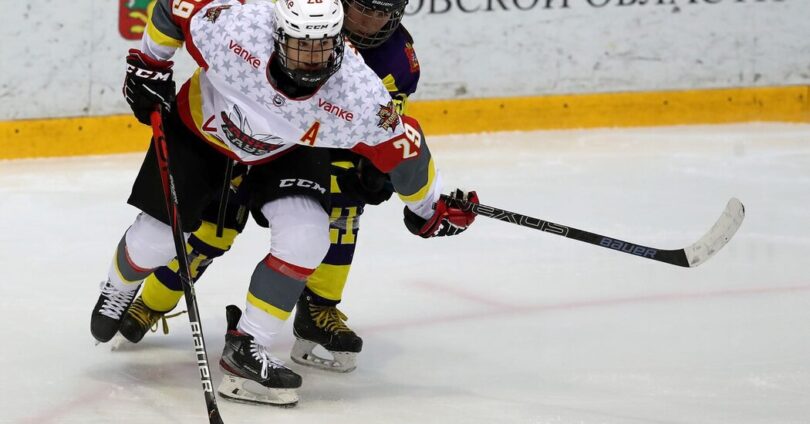 The players most crucial to Chinese women’s ice hockey reside in a hotel about 70 miles south of Moscow. The quasi resort’s expansive grounds contain horses, stray cats and a speleochamber — a salt cave designed to improve breathing.

That these players are in Russia and not Beijing, 3,600 miles away, symbolizes how far China, whose women’s ice hockey team last qualified for the Olympics in 2010, has moved away from its grand plans in the sport.

“Not seeing it come to fruition and deviate is a disappointment,” said Maddie Woo, who was recruited to play in China and occasionally skated with China’s national team over the past three years. “There was so much potential. There still is. It’s just the time sensitivity of it now. It’s shocking.”

Woo was one of several North Americans of Chinese descent who signed in 2017 with the newly formed Kunlun Red Star, a team now known as the Shenzhen KRS Vanke Rays. With China hosting the 2022 Winter Olympics, the Chinese Ice Hockey Association, the national governing body, assigned the club to manage the women’s national team.

KRS hired Woo and other players to be sport ambassadors, training and playing alongside less experienced Chinese nationals in hopes of elevating the homegrown players’ skills.

In a 2017 interview with The New York Times, Billy Ngokposited that players like Woo might become Chinese citizens, making them eligible for the Olympic team. For the 2018 Games in Pyeongchang, host South Korea deployed a similar tactic, although China has stricter passport policies.

Now, just 15 months before the opening ceremony — when teams begin paring their rosters — the North American imports would ideally be with the Chinese nationals in Beijing, where a training bubble has been set up by the hockey association.

Claire Liu, the general manager of KRS, attributed the separation to the coronavirus pandemic limiting travel into China. But current and former KRS players and coaches added that communication between them and the hockey association had diminished to sporadic messages passed along by a bilingual intermediary.

Rachel Llanes, a Filipino-American forward who also hopes to represent China, said she still trains as if she’s “on call” for the national team. For now, Llanes plays only for KRS in Russia’s Zhenskaya Hockey League with six North Americans of Chinese descent who harbor similar Olympic dreams. In the 2019-20 season, KRS won the league title, but this year the team has had 10 games rescheduled because of the pandemic.

“I hope to be at the Olympics, but I know it’s not guaranteed,” Llanes said. “If you’re banking on it, I don’t recommend thinking that way. If we don’t get called, we’ll get four years of experience no one else can say they had.”

Since 2017, KRS has invested millions to create an environment uncommon in women’s hockey. Digit Murphy, an American who had coached in college and the professional ranks, was hired to lead the women’s program. She enticed recruits with a simple, yet novel, approach.

KRS not only pays livable salaries of about $70,000 per year, but provides amenities expected of a pro team like first-class airfare, an equipment manager and ice times when the sun is still shining.

That hasn’t been the case for North American women’s hockey, despite Canada and the United States reigning as the sport’s powerhouses (several United States national team alumnae have also been KRS sports ambassadors). Founded in 2015, the National Women’s Hockey League, which has six teams across North America, had a highest reported salary of $15,000 last season.

“We’re pretty spoiled, I’m not going to lie,” said Llanes, who worked three jobs while playing in Boston for teams in North American leagues. “We don’t have to worry about anything. You’re hockey players.”

Rob Morgan, who coached one of the Chinese teams in the C.W.H.L. and is now an adviser for KRS, said when he first met the Chinese national players, “we could see in their eyes they were just numb” from practicing four times per day.

The Chinese players responded positively to the changes, Morgan said. Murphy said North American players teased Chinese players for hiding snacks in their bags — many were shocked they could freely leave their rooms to eat, instead of being limited to having meals at their training facility’s dining hall.

“The first year, in terms of helping the Chinese players, was probably the most collaborative and most effective,” said Melanie Jue, a Chinese-Canadian defenseman on KRS.

But toward the end of KRS’s first year, higher-ups within Chinese hockey began making unexpected alterations. The national hockey association changed leadership, and junior teams training in the U.S. were disbanded. Regional hockey organizations with political clout grumbled about the resources afforded to KRS.

Xu Guoqi, author of “Olympic Dreams: China and Sports, 1895-2008,” said sports rivalries among local governments in China were not uncommon.

“Backstabbing practices, or they try to lobby, always that’s a case,” Xu said, noting that the Chinese hockey association is essentially under the control of the Chinese government. “The reality is the party is in charge of everything.”

For the 2018-19 C.W.H.L. season, China supplied only one team, the Shenzhen KRS Vanke Rays. (The C.W.H.L. folded soon after and said the revenue from China had probably kept the league from ceasing operations earlier.)

In 2017, KRS also ran a men’s team with a similar mission to build Chinese hockey centered around foreign players and Chinese teenagers who previously trained in America.

In interviews with current and former KRS players and coaches, none said they knew where the partnership between their club and the C.I.H.A. currently stood. The Chinese nationals currently on KRS are mostly older players not expected to compete at the next Olympics.

Liu, the team’s general manager, said that the “relationship is still there” and that the roster composition was different because of the pandemic. The hockey association declined interview requests.

Because of the coronavirus pandemic, KRS relocated to Russia this season to reduce travel. The hockey association has reason to be cautious of bringing international players into its bubble. In March, two Chinese players training with a travel squad in the United States tested positive for the coronavirus shortly after returning to Beijing.

Since July, about 40 Chinese homegrown players have been in Beijing, playing against youth teams and practicing multiple times a day when most of the women’s hockey world was on pause.

That won’t necessarily create an advantage at the Olympic tournament, though. China ranks 19th in the world, but has an automatic bid as the host.

“If they really want a great showing in 2022, based on what I’ve seen, it needs to include Chinese North Americans,” said Bob Deraney, who coached KRS in 2018.

Deraney and Morgan added that they expected the North American contingent to eventually get called up, and Liu believed it was still a possibility, although another hurdle remained. Since China does not recognize dual nationality, Canadians and Americans would have to surrender their passports.

There are political ramifications to representing China, which has been roundly criticized for human rights abuses and holds a souring reputation in the West.

Rose Alleva, a forward from Minnesota who played one year with KRS, said giving up her American passport was “a deal breaker” and decided not to continue with the program.

“It’s definitely something you have to grapple with,” said Woo, who left KRS to begin her career in biomedical engineering. “You can’t be ignorant to the idea someone will hand you a Chinese passport and everything will be fine, and you’ll still be Canadian or American.”

Xu said there could be one workaround if players got passports from Taiwan or Hong Kong. When the former N.B.A. player Jeremy Lin obtained his Taiwanese passport last year, he became an eligible “domestic” athlete for China under new rules instituted by the Chinese government, allowing him to play in the Chinese Basketball Association.

Whether or not the imports play for China in 2022, there have been potent takeaways.

China once built rinks in a decommissioned war bunker, but now state-of-the-art sheets are popping up throughout the mainland. According to the International Ice Hockey Federation, there are 822 rinks in China.

Leah Lum, a Chinese-Canadian forward, noted that when KRS runs youth clinics around the country, there’s an indescribable pride in seeing Chinese children engaged in her sport.

Playing hockey in China has also allowed Lum and her teammates to connect with their families’ heritage in ways that were impossible before.

“It’s a dream to be able to come here and focus on hockey,” Lum said. “Experiencing our culture and ancestry — China, that’s who I am.”