Home » We must win the elections for Rawlings – NDC Regional Secretary 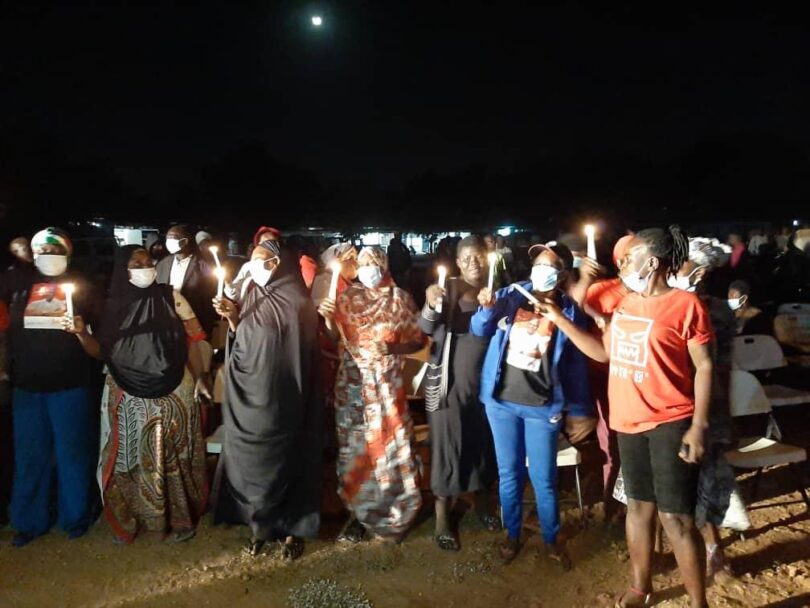 “We want to use this opportunity to inform you that because of the relevance of the elections and how dear democracy was to Rawlings, the family has informed us that we have to ensure that we win the elections before we bury him,” he said.

Addressing party sympathisers and members of the public at a vigil in Bolgatanga, the Upper East Regional capital in honour of Mr Rawlings who died at the Korle-Bu Teaching hospital in Accra on November 12, Mr Akamugri said: “If we do not win the elections it means that Rawlings will not be buried.”

He said the late former President Rawlings had contributed immensely to the development of Ghana and had significantly impacted on the security and the economic livelihoods of the people of the Upper East Region.

“That is why it has become very necessary for us to acknowledge his contributions, and celebrate him for the impact he made in our lives as a Region,” the Regional Secretary said.

Mr Akamugri described their founder as “the Champion of democracy in Ghana” and said Mr Rawlings deserved to be celebrated for his achievements and contributions to Ghana and Africa.

In a tribute in honour of Mr Rawlings delivered on behalf of Cadres of the Party in the Region, Mr Francis Ayaba, a Leading Member of the NDC, called on members of the Party to adhere to the philosophy of probity, accountability, social justice and the democratic ideals of the NDC.

This, he said was a better way to remember “Our founder J.J Rawlings.”

He said discipline, integrity, hard work and justice delivery were the hallmark under the leadership of Mr Rawlings, “The rural folks, farmers; both crops and animal farmers were free from rampant theft of their cattle, sheep and goats.”

Mr Ayaba said the people of the Upper East Region were privileged to benefit from electricity, good drinking water, improved health care among others under the leadership of the late former President Rawlings.

A former Ambassador to Cuba, Mr John Tia Akologo, emphasized that “We owe J. J Rawlings a lot of gratitude.

We must be very sad that he is no more with us. It was J.J Rawlings who said Ghana belongs to all of us, so the resources of this country must be shared to all.

“That was how electricity came to this place, that was how he developed our roads, that was how he brought water to us. Dissemination of information, education for development among others were left to Accra and Kumasi.”

He said “J. J Rawlings established the FM stations in all the Regions to be able to educate us to develop. This vigil is to demonstrate that J. J Rawlings was for everybody.”

The Regional branch of the Party as part of activities to honour the late former President Rawlings, also embarked on a peaceful march on some principal streets in the Bolgatanga Municipality and organised a clean-up exercise within the Bolgatanga township.