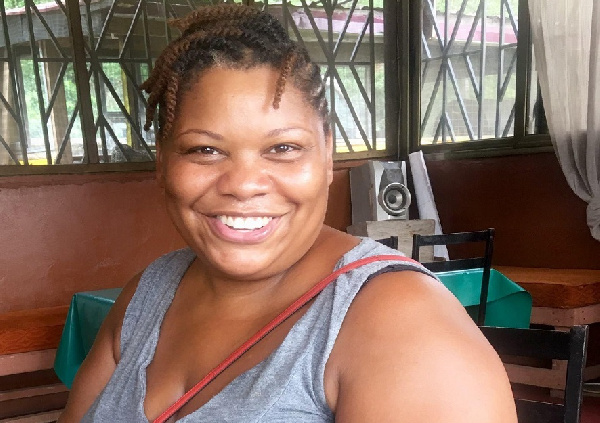 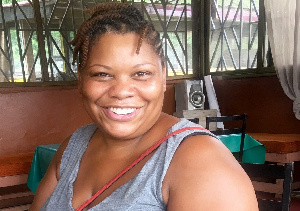 Before Ghana declared 2019 as the Year of Return, many African Americans had quietly moved to Ghana to establish themselves and reconnect with their ancestral roots. The desire to return to the continent has long been recurring in the social and political imagination of African Americans and other descendants of formerly enslaved people who were uprooted from the continent during the Trans-Atlantic Slave Trade.

Cicely McClennon, an African-American woman, first migrated to Ghana in 2018 with her husband and has since fallen in love with the small West African nation. She is now resident in the capital, Accra with her nuclear family. Initially, the decision to relocate to Ghana was not easy for the family but they have since acclimatized to the Ghanaian environment.

“We just saw so much opportunities, [a] much peaceful environment, a much more pro-family environment and we all loved it. The children were like ‘please buy us a house here,” McClennon told Face2Face Africa from her base in Accra as to why she decided to relocate to the Ghanaian capital.

Having settled in Ghana, McClennon now serves as a consultant to many African Americans who want to either travel or repatriate to Ghana. Initially, she would respond to queries from individuals about conditions in Ghana and she found herself answering literally the same questions over and over again.

She then decided to publish a book to answer some of the reoccurring questions. However, she was unable to release the book due to the coronavirus pandemic. “So I broke [the book] into sections and I am releasing it in small part to help answer a lot of people’s questions about traveling to Ghana and repatriating to Ghana and to Africa in general,” she said.

“We released the first book in September and we literately just fully engaged in this practice (Consultancy) and we sponsored out the first family,” she said, adding that: “They came about a month ago and they are staying here. I am very proud of that.” According to her, “people are informed and inspired” by her decision to move to Ghana.

With her background in history and agribusiness, McClennon has also begun the process of establishing a microbrewery and distillery in Ghana, a trade she was engaged in while in the U.S.

“We are talking about artisan and craft level productions. So I am interested in moving forward with that business here in Ghana and I was contacted by the International Institution of the family who has this ‘million jobs in Africa initiative’ going on and once they heard about my business proposal to create this microbrewery and a micro-distillery here [Ghana], they engaged us to find out what kind of capital we are looking for and we literally just started working with them to actually raise the funds to build the micro-distillery,” she said.

The Year of Return

Ghana declared 2019 as the Year of Return to mark the 400th anniversary of slaves landing in the U.S. The West African country was one of the key routes for transporting enslaved men and women to the Americas during the Trans-Atlantic Slave Trade. The Ghana Tourism Authority estimated that in 2019, some 237,000 people visited Ghana from UK and U.S. compared to the previous year.

The Year of Return increased people’s desire to want to do business in Ghana, McClennon said. “[It] electrified people. It gave them a lot of ideas and a lot of courage to start seeking out businesses, partnership, you know, just trying to see what they can do over here so we have a lot of projects on the table right now just as a result of that initiative,” she said.

“You know, it was just us first as a family, but because of all the media attention, it has really increased people’s imagination to think about the possibility of doing business in Ghana. There are a lot of new things, a lot of new development.”

According to her, the Year of Return also erased some negative perceptions other members of her family thought about her safety in Ghana. “A lot of our families were concerned, a lot of them thought maybe we wouldn’t be safe and maybe we would be taken advantage of here but because of the publicity, and the emphasis placed on the Year of Return, now it has become popular and trendy. Now everybody wants to come,” she said.

Racism in the U.S.

McClennon’s decision to relocate to Ghana is partly due to the systemic challenges and racism in America. In Ghana, no one judges her based on her skin color or because she is a woman. According to her, her talents and skills are valued in Ghana than in America.

“I just feel like here in Ghana, I have much more chance, much more dignity and much more respect surrounding my craft, my talent, my skill, what I bring to the table is valued whereas in America, I was just literally struggling not to starve,” she said.

A report by U.S.-based firm CitiGroup found the U.S. economy lost $16 trillion due to racism and discrimination faced by Black people since 2000. The report noted that the loss includes gaps in wages, access to housing and higher education and investment in Black-owned businesses.

Citigroup arrived at the $16 trillion figure by estimating that:

* $13 trillion in business revenue lost in the last 20 years because of discrimination in lending to Africa American entrepreneurs.

However, not everything in Ghana is rosy. McClennon has to put up with regular power outages, something quite alien to her, in addition to the high cost of internet data. Nonetheless, she sees these challenges as surmountable. “To me, the challenges here are honestly much smaller even if they are annoying sometimes,” she said.