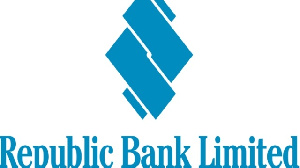 Republic Financial Holdings Limited, the holding company of Republic Bank, has denied making attempts to acquire five troubled banks ahead of the revocation of the licences of those banks by the Bank of Ghana.

“Republic Bank is committed to upholding the laws of the country and the regulations implemented by Ghana’s regulatory authorities – the Bank of Ghana and the Securities and Exchange Commission – and should the opportunity arise for any acquisition or expansion in the future this will be done in conformity with such laws and regulations,” the holding firm and its subsidiary Republic Bank said in a press release on Thursday, 23 January 2020.

Prior to the revocation of some banking licences, particularly UT and Capital Bank in August 2017, there were reports that Republic Bank had approached the central bank to acquire the two banks.

Later, a former Deputy Governor of the Bank of Ghana, Dr Johnson Asiama, told Accra-based Joy FM that Republic Holdings was interested in buying some troubled banks prior to the 2016 general elections.

Dr Asiama said: “…Two or three months before the elections, we had a visit by officials of Republic Bank PLC, I think Republic Financial Holdings or so, their President came from Trinidad; a big delegation; they came to do a presentation to us where they told us that they were very big in all other continents and they wanted to expand on the African continent. And they had decided to use Ghana as a hub and, so, their idea was to purchase about five banks in Ghana and add these banks to HFC which they had bought at the time.”

“In fact, at that meeting, they told us they wanted to start with two banks; that is UT and Capital Bank and then after that, they add other 3 and so they said they wanted us to talk to Capital because when they acquired HFC bank, there was a lot of reputational issues.”

But Republic Holdings refuted the allegations saying: “Since acquiring a majority shareholding in HFC Bank (Ghana) Limited in 2015, now rebranded Republic Bank (Ghana) Limited, the bank and its parent company, Republic Financial Holdings Limited have demonstrated their willingness to growing Ghana’s economy and assist in revolutionising its banking sector to benefit the people of Ghana as well as other stakeholders.”

As part of a banking sector clean-up, the Bank of Ghana revoked the licences of UT and Capital Bank in 2017 after declaring them as insolvent.

Some months later, the central bank also revoked the licences of five more banks which were Sovereign Bank, uniBank, The Royal Bank, The Beige Bank and The Construction Bank.

Sovereign Bank was accused of acquiring its licence in a fictitious manner, while the rest were described as insolvent.