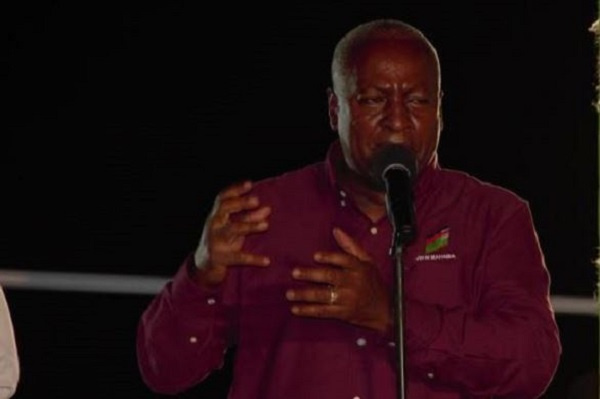 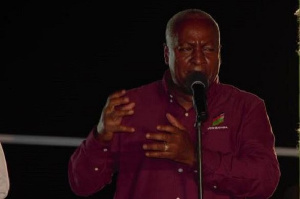 The Flagbearer of the National Democratic Congress John Dramani Mahama has appealed to security officers in the country to vote out the Akufo-Addo government as they cast their ballot under special voting Tuesday.

“You all know the current sad state of affairs in our beloved country. The living conditions of Ghanaians continue to worsen. Economic hardship is the order of the day.

Yet, this government has turned out to be the most corrupt in the history of our 4th Republic. Ghana is now ruled by a small cabal of family and friends who have no respect for laid down procedures. As a result, the Akufo-Addo government has sacrificed time-tested conventions, rules and regulations in the security services and all sectors of our nation,” Mr. Mahama said in a video message to the officers Monday.

Meanwhile, the Member of Parliament for Ningo-Prampram Samuel Nartey George has served notice unidentified security operatives will not be entertained in the constituency on election day.

According to the MP, only security personnel recognized by the election security taskforce will be welcomed during the 2020 polls.

The Inspector-General of Police, Mr James Oppong-Boanuh, who is the chairman of the joint elections security taskforce, has announced only uniformed security personnel will be deployed on elections day to polling stations.

Per the arrangements, members of the military will only embark on patrol duties and will not be stationed at polling stations.

The IGP told Parliament before the house went on break personnel will be drawn from the Ghana Police Service, Ambulance Service, Prisons Service and Ghana National Fire Service, Ghana Armed Forces and the Customs division of the Ghana Revenue Authority.

The IGP further announced the personnel will be in their respective uniforms during their operations.

Speaking to the media after a mammoth walk in memory of the late founder of the NDC Jerry John Rawlings, Sam George aside personnel from the institutions stated above any national security operative who dares step in the constituency will be treated as criminal and dealt with accordingly.