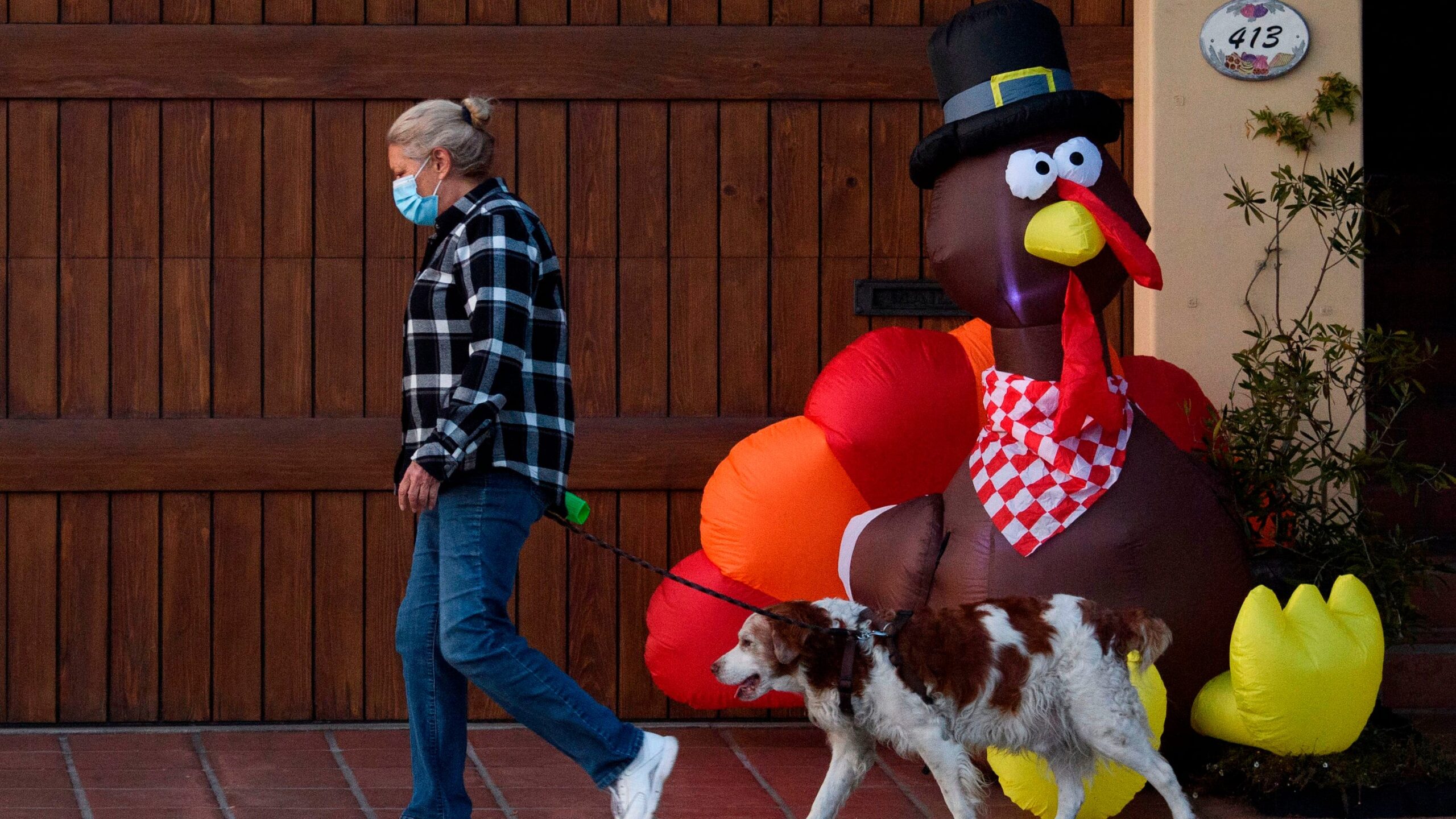 A coronavirus vaccine might not be widely available until several months into 2021.

Plans call for 20 million Americans to be vaccinated in December and another 30 million each month so that some semblance of normalcy could return to the country by May, Operation Warp Speed chief science adviser Dr. Moncef Slaoui said Sunday.

Pfizer submitted an emergency use application for its vaccine to the Food and Drug Administration on Friday. The FDA takes up the application Dec. 10. Moderna is also close to bringing its vaccine to the FDA. Slaoui, who made the rounds of the morning news shows Sunday, told NBC’s Meet the Press that vaccines will be shipped to every state within 24 hours of FDA approval of that application.

“On the 11th or on the 12 of December hopefully the first people will be immunized across the United States, across all states,” Slaoui told CNN’s “State of the Union.”

Health care workers and highly vulnerable people will be first up, but “it is each state that will decide … who they will vaccinate,” Slaoui said. Operation Warp Speed is the Trump administration’s public–private partnership to accelerate the development, manufacturing and distribution of COVID-19 vaccines and treatments.

📰 What we’re reading: It’s a hard time to be in college. Now more than ever, students are facing incredible mental health stressors.

The number of travelers passing through Transportation Security Administration checkpoints has been rising in recent days despite warnings from public health experts that Thanksgiving travel could further spike already-spiraling COVID-19 numbers.

More than 2.9 million flyers passed through TSA security over the three-day period that ended Saturday, including over 1 million on Friday. That marked only the second time the number surpassed 1 million since the start of the pandemic.

Dr. Anthony Fauci, the nation’s top infectious disease expert, told USA TODAY’s Editorial Board last week that “you’ve got to decide, during this interesting period of a lot of infection going on, colder weather, indoors: Do you want to travel and go to a Thanksgiving meal where there may be 12, 15, 20 people?”

The U.S. reported its 12 millionth case of COVID-19 on Saturday, days after the nation surpassed 250,000 deaths from the coronavirus.

Some students feel shortchanged when opting for online learning

Providing an equal education to kids learning in person and to those learning at home is undoubtedly difficult, if not impossible. School officials say they just don’t have the means to do both well without more funding and more teachers. Some families choosing remote learning worry their kids have been neglected as schools respond to politicians and parents clamoring for a return to normal.

Bonnie Owen, a former teacher and stay-at-home mom in Williamson County, Tennessee, has asthma and her daughter has two autoimmune conditions. The local school district welcomed students back to full-time, in-person classrooms this fall, but Owen worried the risk of exposing her family. Now she is dismayed at the online option.

“The online students are basically an after-school activity,” said Owen, who added that teachers were “overworked, overloaded and overwhelmed.” Read more here.

Trump adviser dismisses claims that vaccine was delayed for politics

A top COVID-19 adviser to the Trump administration on Sunday dismissed claims by President Donald Trump that pharmaceutical giant Pfizer delayed reporting the successes of its vaccine candidates to hurt his re-election chances.

“I don’t think any specific action has taken place to delay the vaccine,” Operation Warp Speed chief science adviser Dr. Moncef Slaoui said on ABC’s “This Week.” Pfizer submitted an emergency use application for its vaccine to the Food and Drug Administration on Friday. The FDA is scheduled to discuss potential authorization Dec. 10.

Slaoui said he believes that Pfizer asking for 60 days to follow up after completion of immunizations on thousands of volunteers “to ensure that we understand the short term and the predictable long term safety of the vaccine” was an appropriate decision that drove the Pfizer timeline. Pfizer submitted an emergency use application for its vaccine to the Food and Drug Administration on Friday. The FDA is scheduled to discuss potential authorization Dec. 10.

Happy Thanksgiving – alone in a pandemic

The runaway pandemic has prompted people to rethink their Thanksgiving plans, with many choosing to eat a meal – known for community and family – alone.

“As cases continue to increase rapidly across the United States, the safest way to celebrate Thanksgiving is to celebrate at home with the people you live with,” the Centers for Disease Control and Prevention counsels. About one-third of Americans live in single-person households, according to Census data. Families now must negotiate over social distancing ground rules, how to share meals and whether the whole thing should be called off.

In Chicago, Taylor Edwards is unsure whether she’ll be eating alone on Thursday. Edwards, 28, has mostly kept away from her parents because of COVID concerns.

“This time next year we could be in a much better place, and I want all my family members to be there,” Edwards said.

Sen. Kelly Loeffler, R-Georgia, is quarantining after receiving mixed results from recent coronavirus tests, a day after she campaigned maskless with Vice President Mike Pence and Sen. David Perdue in the state’s hotly contested Senate runoff races. Loeffler took two rapid COVID tests on Friday morning that came back negative, her campaign said in a statement Saturday night. She received another test Friday evening and the results came back positive, the statement said. Loeffler tested again Saturday morning and the results were inconclusive. Her campaign says she doesn’t have symptoms. Loeffler is following CDC guidelines and informing those with whom she was in direct contact, the statement said.

Experimental drug cocktail given to Trump gets FDA approval

The U.S. Food and Drug Administration has granted Regeneron Pharmaceutical an Emergency Use Authorization for a drug cocktail to treat COVID-19. President Donald Trump has touted the experimental antibody treatment and took it while he was being treated for the disease.

“In a clinical trial, the investigational therapy was shown to reduce COVID-19-related hospitalization or ER visits in certain patients who are at high risk for progressing to severe,” the FDA tweeted Saturday.

The drug, a pair of monoclonal antibodies, is intended to mimic the natural process of the immune system, providing it with molecules the body normally manufactures to fight off specific diseases. Trump was able to get it under a “compassionate use” exemption, which the company said at the time it has granted to fewer than 10 people, after requests from their doctors and approval by the FDA. A similar monoclonal antibody treatment was also given emergency authorization earlier this month.

We already know that wearing face masks in public spaces slows the spread of COVID-19. And now the coronavirus situation in Kansas is providing further proof. Gov. Laura Kelly issued a face mask mandate in early July, and the counties that upheld the order saw a decline in cases, while the counties that opted out saw cases rise, according to a report from the Centers for Disease Control and Prevention.

“Countywide mask mandates appear to have contributed to the mitigation of COVID-19 transmission in mandated counties,” according to the report, which analyzed county-level data one month before, and after, the governor’s mandate went into effect.

As of mid-August, 24 of Kansas’s 105 counties had abided by the state mandate or adopted their own mask mandate, and 81 counties had opted out, as Kansas law allows. At that time, the number of new daily cases per capita – calculated as a seven-day rolling average – had decreased an average of 6% among counties with a mask mandate and increased by 100% in counties without a mandate. Read more.

At a time when Americans are pondering how to celebrate Thanksgiving safely amid the country’s worst surge in coronavirus cases, many families will be faced with yet another complicating factor: the return of students. Colleges and universities have reported 252,000-plus cases since the pandemic began, according to a New York Times tracker. Returning students – whether they lived in dorms or off-campus housing in the fall term – “exponentially increase the risk (of infection),” especially if they take some form of mass transportation to get home.

That’s the assessment of Dr. Teresa Bartlett, senior medical officer for the claims management firm Sedgwick, who advises companies about medical strategies and safety practices. Like other specialists in the field, Bartlett is concerned that holiday gatherings, combined with pandemic fatigue and the need to move indoors as the weather gets colder, will exacerbate what’s already a major national spike in COVID-19 cases. Read more.

The Texas National Guard will be providing help to El Paso morgues as the region continues to be slammed by COVID-19 deaths.

“After completing an assessment of the situation on the ground in El Paso County this week, the state has mobilized a team of 36 Texas National Guard personnel to provide mortuary affairs support beginning at 9 o’clock tomorrow (Saturday) morning,” Seth Christensen, spokesperson for the Texas Division of Emergency Management, said.

After the announcement, El Paso County Judge Ricardo Samaniego requested additional aid from Gov. Greg Abbott in the form of leeway to impose some restrictions to curb the spread of COVID-19. Samaniego said in a letter to the governor’s office that his previous order that was ended by an appellate court was done so erroneously and the order was not inconsistent with Abbott’s statewide restrictions.

Pressure to create a coronavirus vaccine is increasing by the day, but for a safe vaccine to enter the market, it takes time.

A pedestrian wearing a face mask walks their dog past an inflatable turkey ahead of the Thanksgiving holiday during increased Covid-19 restrictions in Manhattan Beach, California, November 21, 2020. (Photo: PATRICK T. FALLON, AFP via Getty Images)