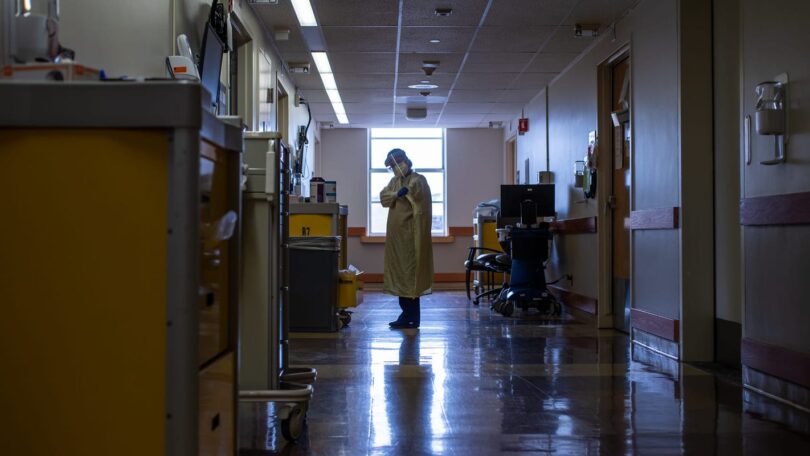 What I’m Hearing: USA TODAY Sports’ Mike Jones discusses the Ravens-Steelers game being moved to Tuesday …. as long as their are no additional COVID-19 cases among the Ravens.

The nation could see a “surge superimposed upon that surge we are already in” if Americans fail to wear mask in public and cut down on gatherings, Dr. Anthony Fauci said Sunday.

The head of the White House Coronavirus Task Force warned young people who gathered in recent weeks to not go home to family without wearing a mask, even indoors.

Cases of COVID-19 continue to rise across the U.S. In November alone, the nation recorded more than 4 million new cases, and on Friday, the U.S. surpassed 200,000 daily cases of the first time. Current hospitalizations have climbed to a record 91,635.

Ohio physician Syed Ahmad said on Twitter that he was notified that the University of Cincinnati Medical Center was full because of COVID cases, forcing cancellation of elective surgeries.

“Driving home, passed a restaurant that was full,” Ahmad said on Twitter. “Shaking my head. Frustrated is an understatement.”

Here’s what to know Sunday:

📰 What we’re reading: On Thanksgiving, this photographer captured an image of compassion that has gained national attention as the United States reels under a record number of daily COVID-19 cases and hospitalizations.

Birx says young people who gathered should be tested

“If you are young and you gathered, you need to be tested about 5 to 10 days later,” Birx said on “Face the Nation.” “You need to assume you are infected and not go near your grandparents or aunts or others without a mask.”

New York City’s public schools will start offering in-person classes on Dec. 7, Mayor Bill de Blasio announced Sunday. Most preschool, 3-K programs and elementary schools are expected to start that date, followed by schools that provide special education on Dec. 10. No date was revealed for middle and high school classes. Hybrid learning was shut down Nov. 19 after the citywide rate of coronavirus tests exceeded a 3% benchmark agreed to by the mayor and teachers’ union.

The mayor said the benchmark will be scrapped in favor of a focus on testing at schools. The city will also move toward five days per week classes and phase out the hybrid model for the 1.1 million-student district, the mayor said.

The U.S. Circuit Court of Appeals for the Sixth Circuit said Beshear’s executive order halting in-person classes at K-12 schools – public and private – until early January can stand because it also applies to public schools and is a legal response to the COVID-19 emergency.

The New Orleans Saints and New England Patriots both were hit with hefty penalties for violating the NFL’s COVID-19 protocols, according to multiple reports. The Saints were fined $500,000 and stripped of a seventh-round draft pick after coach Sean Payton and multiple players were seen not wearing masks in a video of the team celebrating its 38-3 win over the Tampa Bay Buccaneers on Oct. 8.

Payton was one of five coaches to be fined $100,000 in Week 2 for not wearing a mask on the sidelines despite the league’s warning, and the Saints were fined $250,000. The Patriots were fined $350,000 for violations related to quarterback Cam Newton testing positive in October, after which the NFL postponed New England’s game against the Kansas City Chiefs an additional day.

The news comes in the wake of the NFL shutting down all team facilities on Monday and Tuesday to slow the spread of the virus. And the Denver Broncos are hosting the Saints Sunday despite placing all three quarterbacks on the COVID-19/restricted list and will be ineligible to play this week. Broncos reporter Mike Klis of 9News in Denver wrote that practice squad wide receiver Kendall Hinton, who played quarterback in college, might play quarterback Sunday.

Dr. Anthony Fauci issued another warning to the nation Sunday to wear masks, social distance and dismiss the urge to gather for the holidays – or face a winter of staggering infections, hospitalizations and even deaths. He blamed holiday travel and families gathering in advance of Thanksgiving for the latest round of dismal statistics.

“What we expect unfortunately as we go for the next couple of weeks into December, that we might see a surge superimposed on upon that surge we are already in,” Fauci said on “Meet the Press.” “I don’t want to frighten people, except to say it is not too late at all for us to do something about this.”

Colorado Gov. Jared Polis and First Gentleman Marlon Reis have tested positive for COVID-19. Polis had been in quarantine since Wednesday evening after finding out he was exposed to someone who tested positive. In a statement released Saturday night, Polis said he and Reis were asymptomatic and will isolate at home. He urged Coloradans to limit public interactions, to wear a mask in public, stay 6 feet from others and wash hands.

“Marlon and I are feeling well so far, and are in good spirits,” Polis said. “No person or family is immune to this virus.”

An Oregon mink farm has reported an outbreak of COVID-19 among animals and workers. Oregon Department of Agriculture spokeswoman Andrea Cantu-Schomus declined to say which county the farm is in or how many workers have tested positive, citing federal health privacy rules. The farm has about 12,000 animals, she said.

Outbreaks in farmed mink have been reported in several U.S. states and countries. Earlier this month Denmark announced it would kill all 17 million of the mink raised there after confirmation that 12 people had been infected with a mutated strain of COVID-19 that had spread from mink to humans. That strain has not been found elsewhere.

Oregon has the nation’s fourth-largest farmed mink industry, after Wisconsin, Utah and Michigan. All three of those other states have had outbreaks on mink farms. State and national environmental groups have been raising alarm about possible infections Oregon’s mink industry, the Statesman Journal, part of the USA TODAY Network, previously reported.

The young die as well from COVID-19, even as many engage in denial

A dangerous fiction has made its way through social media and American politics, the idea that COVID-19 is really only a danger to the elderly or those with a severe, chronic illness. To those young adults who doubt their vulnerability to the pandemic, “I would invite them to visit our ICU and see the multiple tragedies of younger people who are infected with COVID,” said Daniel S. Talmor, chairman of anesthesia, critical care and pain medicine at Beth Israel Deaconess Medical Center in Boston.

“Many have died and many will die. In addition, healthy people are continuing to unknowingly spread COVID to the elderly, who, in turn, become quite ill and are at higher risk for death.” said Nina Shapiro, a professor at the David Geffen School of Medicine at UCLA.

Experts: Virus numbers could be erratic after Thanksgiving

The coronavirus testing numbers that have guided much of the nation’s response to the pandemic are likely to be erratic over the next week or so, experts said Friday, as fewer people get tested during the Thanksgiving holiday weekend and testing sites observe shorter hours.

“I just hope that people don’t misinterpret the numbers and think that there wasn’t a major surge as a result of Thanksgiving, and then end up making Christmas and Hanukkah and other travel plans,” said Dr. Leana Wen, a professor at George Washington University and an emergency physician.

A similar pattern unfolds on many weekends. Because some testing centers, labs and state offices are closed on Saturdays and Sundays, COVID case numbers often drop each Sunday and Monday, only to peak on Tuesday.

Dr. Mark Rupp, professor and chief of infectious diseases at the University of Nebraska Medical Center in Omaha, said the effect of Thanksgiving is likely to be a magnified version of the weekend figures. The Thursday holiday will exacerbate the record-keeping discrepancies over the long weekend, artificially depressing the reported numbers for four or five days before spiking as test results catch up.

Johns Hopkins University reported a high of more than 2 million tests a few days before Thanksgiving as people prepared to travel, but that number had dropped to fewer than 1.2 million tests on Thanksgiving Day. The latter number, as well as positive case numbers, which had dropped by about a third Friday, could be adjusted as more results are returned.

Los Angeles County residents face a new stay-at-home order effective Monday that comes as the county confirmed 24 new deaths and 4,544 new cases of COVID-19. The five-day average of new cases was 4,751. The order advises residents to stay home “as much as possible” and to wear a face covering when they go out.

It also bans people from gathering with people who aren’t in their households, whether publicly or privately. Exceptions are made for church services and protests, “which are constitutionally protected rights,” the county Department of Public Health said in a statement. Businesses and outdoor trails are also allowed to remain open.

Last week, California Gov. Gavin Newsom announced a new requirement that non-essential work, movement and gatherings stop from 10 p.m. to 5 a.m. for counties in the “red tier,” which now includes most of the state.