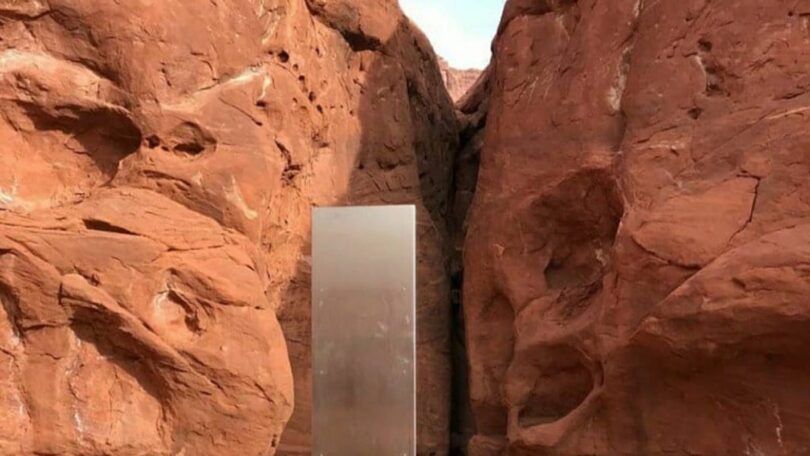 Workers with Utah’s Department of Public Safety discovered a giant hunk of metal in the Utah desert. They don’t know where it came from.

A 10-foot, three-sided gleaming metal column that has received international attention after it was discovered Nov. 18 embedded in Utah’s remote Red Rock Country has disappeared  without a trace.

The Bureau of Land Management reported the disappearance Saturday, making it clear that it was not the doing of the federal agency that overseas public land.

“We have received credible reports that the illegally installed structure, referred to as the ‘monolith’ has been removed from Bureau of Land Management (BLM) public lands by an unknown party,” the agency said in its Facebook statement. “The BLM did not remove the structure which is considered private property.”

The case has been passed on to the local sheriff’s office.

The Utah Department of Public Safety discovered the object Nov. 18 during an expedition counting bighorn sheep in the barren region in southeastern Utah. 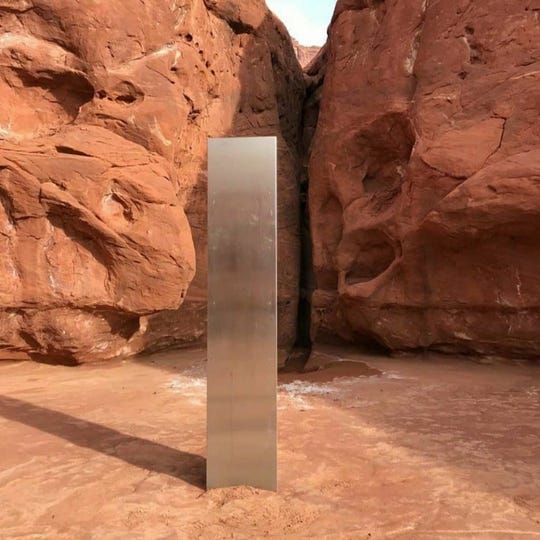 The New York Times reported that the Department of Public Safety reacted to the news of the missing monolith by writing  “IT’S GONE!” on an Instagram post. “Almost as quickly as it appeared it has now disappeared,” the department added, “I can only speculate” that aliens took it back, using the emoji for extraterrestrials.

The exact location of the installation was not disclosed in an effort to stop individuals from attempting to locate it, for fear visitors could potentially become stranded in a remote area.

But that didn’t stop David Surber, who started sharing video and images of the monolith to an unverified Instagram account Wednesday.

In a video tagged in Moab, Surber tested if the structure is magnetic and solid. “Hollow, riveted, not magnetic,” he said in the clip.

“Regardless of who built it or where it came from. It was a positive escape from today’s world,” Surber wrote.