Home » US police hunt for missing prison inmate and guard 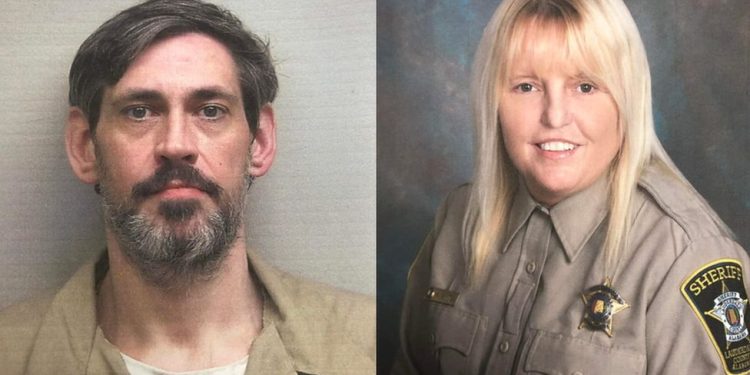 US police are searching for an escaped inmate who is facing murder charges, and a guard who disappeared with him.

Ms White said she was taking him to a mental evaluation, but officials later realised it had not been scheduled.

Authorities are investigating whether Ms White helped the inmate escape, or if she was taken hostage by him.

Despite their matching surnames, the pair are not related. Authorities say Casey White should be considered “armed and extremely dangerous” – in part because he may now have access to the officer’s gun.

Speaking at a press conference on Friday, Lauderdale County Sheriff Rick Singleton said Ms White left the detention centre with the prisoner at about 09:30 CDT (15:30 BST) after telling colleagues she was going to drop him off at the courthouse for a mental health evaluation.

She said she would then get some medical attention because she was not feeling well, Sheriff Singleton added.

Shortly after 11:00 someone found her vehicle in a shopping centre car park.

At about 15:30 officials realised the prisoner had not been returned to custody, and no one could contact the officer.

The US Marshals Service is offering a reward of up to $10,000 (£7,950) for information leading to Casey White’s recapture and the location of Vicki White.

“Casey White is believed to be a serious threat to the corrections officer and the public,” US Marshal Marty Keely said in a statement.

Sheriff Singleton said Ms White has been with the department for about 25 years. She is the assistant director of corrections, and part of her role involves arranging courthouse transportation.

Her decision to take the prisoner to the courthouse by herself violated policy, he explained, as someone charged with such a severe crime would normally be accompanied by two deputies.

“I can tell you that every employee in this office is shocked that she is missing and that this has happened.”

Sheriff Singleton said Ms White had been voted employee of the year several times and was an “exemplary employee”.

He said he wanted solid proof before accusing Ms White of any wrong doing.

“Knowing the inmate, I think she is in danger whatever the circumstances,” the sheriff said.

White, 38, was charged with two counts of capital murder in September 2020 over the stabbing of 58-year-old Connie Ridgeway, according to the US Marshals Service.

The US federal law enforcement agency said he was already serving time for a series of crimes in 2015, including burglary, vehicle theft, and a police chase.

He confessed to the murder and was awaiting trial at the Lauderdale County Jail when he disappeared, authorities added.

White has planned to escape from prison before, Sheriff Singleton told ABC News. But officials found out about the plan – which involved taking a hostage – before he could attempt it in 2020.