Home » US expels Russian diplomats and imposes sanctions for hacking 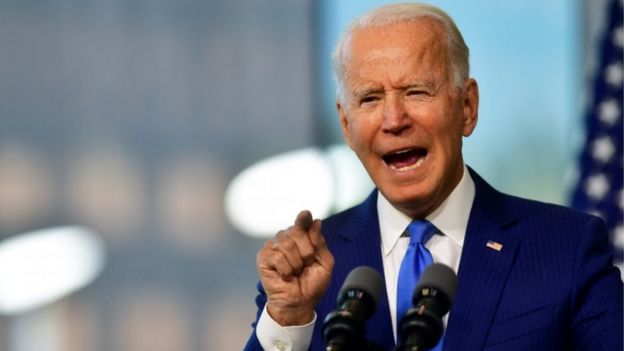 Besides that hack, US officials last month alleged that Russian President Vladimir Putin authorized influence operations to help Donald Trump in his unsuccessful bid for reelection as president, though there is no evidence Russia or anyone else changed votes or manipulated the outcome, writes Eric Tucker and Aamer Madhani for

The measures announced on Thursday include sanctions on six Russian companies that support the country’s cyber activities, in addition to sanctions on 32 individuals and entities accused of attempting to interfere in last year’s presidential election, including by spreading disinformation.

The 10 diplomats being expelled include representatives of Russian intelligence services, the White House said.

Writing for Politico, Martin Matishak said The U.S. has employed a range of punishments for Moscow’s digital intrusions in the past, including leveling sanctions on Russia’s two leading intelligence services, shuttering consulates, indicting alleged hackers and ejecting suspected spies – only to learn in December that Russian President Vladimir Putin’s regime had unleashed one of its most audacious hacking assaults yet against at least nine federal agencies and roughly 100 private companies.

The Biden administration is preparing a new round of penalties that it could announce as soon as this week, according to a person familiar with the internal deliberations, who requested anonymity to disclose sensitive discussions.

The steps could include imposing sanctions on Russian intelligence agencies and a new round of ejections of Russian diplomats, the person said.

At the same time, it has sent signals it may offer a stronger deterrent – a message the president reinforced during a call Tuesday with Putin, in which the White House said Biden pledged that the U.S. “will act firmly in defense of its national interests” in response to “cyber intrusions and election interference.”.

Unnamed U.S. officials also told The New York Times last month that the administration was planning an even blunter response – a quiet counterattack that would nonetheless get Putin’s attention.

National security adviser Jake Sullivan said in February that the U.S. response to Russia’s hacking would be both “seen and unseen,” a phrasing that raised more questions.

In truth, the United States’ options for retaliating may be surprisingly limited, despite the country’s own arsenal of potent cyberweapons.

According to Euronews, US officials alleged in a declassified report last month that Russian President Vladimir Putin authorized influence operations to help Donald Trump in his unsuccessful bid for reelection as president, though there’s no evidence Russia or anyone else changed votes.

They mark the administration’s second major foreign policy move in two days, following the announcement of troop withdrawals from Afghanistan.