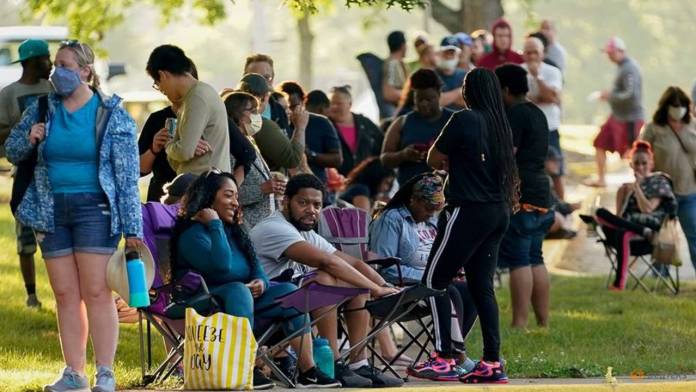 The U.S. economy added the fewest workers in six months in November, hindered by a resurgence in new COVID-19 cases that, together with a lack of more government relief money, threatens to reverse the recovery from the pandemic recession.

The Labor Department’s closely watched employment report on Friday also showed 3.9 million people have been out of work for at least six months, with many giving up, a sign of a lack of confidence in the labor market. The report, which only covered the first two weeks of November, when the current wave of coronavirus infections started, underscored the challenges facing President-elect Joe Biden when he takes over from President Donald Trump on Jan. 20.

Biden called the report “grim” and urged Congress and Trump to provide additional fiscal stimulus. “Americans need help and they need it now,” the president-elect said in a statement.

The economy has recouped only 12.4 million of the 22.2 million jobs lost in March and April. Even with a vaccine on the way, economists are warning of a bleak winter. U.S. House of Representatives Speaker Nancy Pelosi said on Friday there was momentum behind talks on a coronavirus relief bill.

Nonfarm payrolls increased by 245,000 jobs last month after rising by 610,000 in October. That was the smallest gain since the jobs recovery started in May and the fifth straight monthly slowdown in job growth. Economists polled by Reuters had forecast payrolls would increase by 469,000 jobs in November. Hiring peaked at 4.781 million jobs in June.

“The recovery is stalling and fragile at best,” said Sung Won Sohn, finance and economics professor at Loyola Marymount University in Los Angeles. “The onset of winter and resurgence of the virus could knock the economy into another dip before the vaccine and more stimulus from Washington come to the rescue.”

The retail sector lost 35,000 jobs, reflecting weak seasonal hiring amid the pandemic. But hiring in transportation and warehousing increased by 145,000 jobs, accounting for nearly three-fifths of the payroll gains. Employment also increased in the professional and business services, financial activities and health care industries. Construction payrolls rose by 27,000 jobs and manufacturers added 27,000 positions.

The smaller-than-expected job gains added to reports on consumer spending, manufacturing and services industries in suggesting that the recovery from the worst recession since the Great Depression was ebbing.