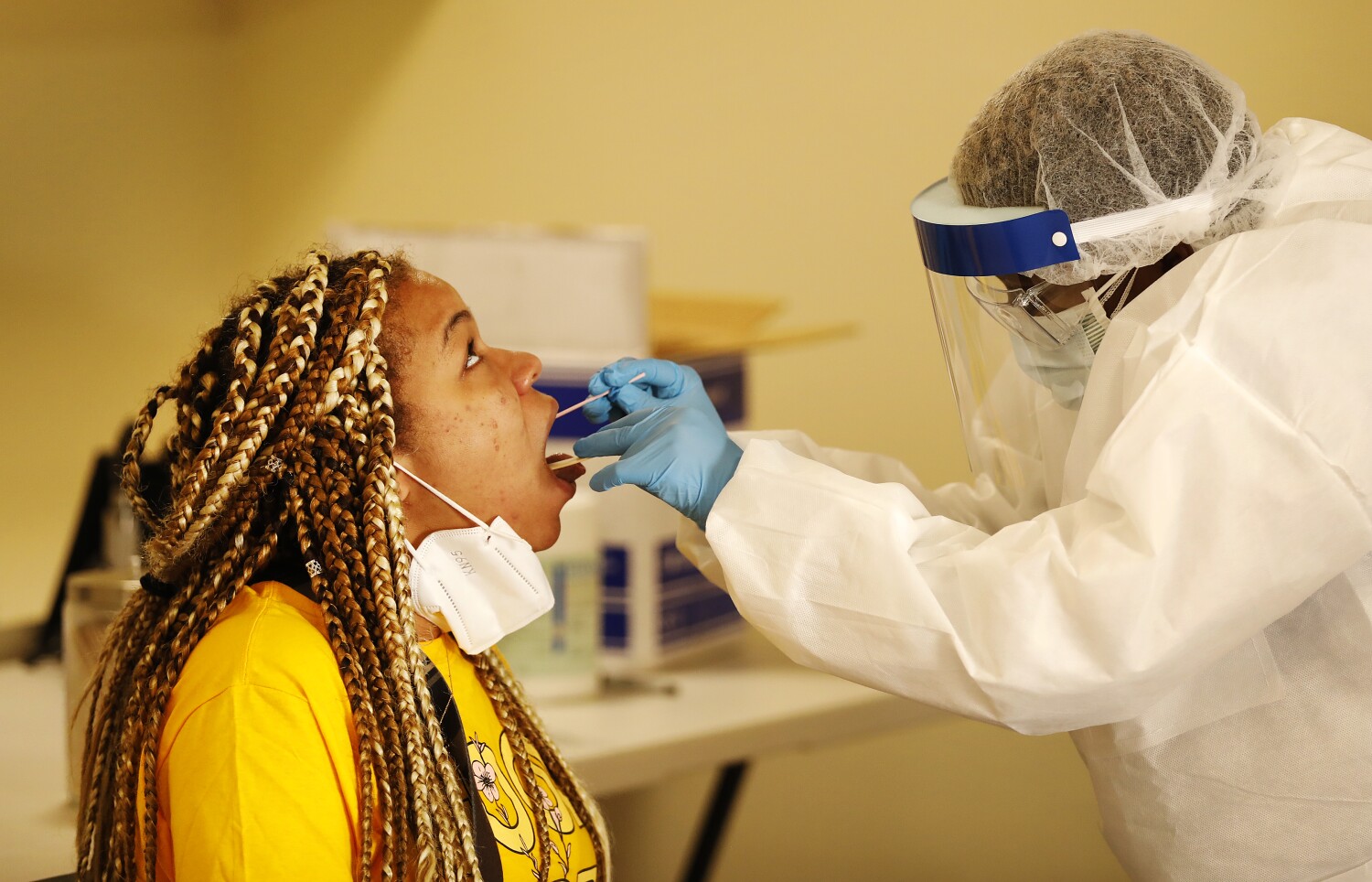 The U.S. death toll from COVID-19 climbed above 90,000 on Monday as more states and cities announced plans to slowly reopen their economies and test their residents.

The number of confirmed cases nationwide hit 1.5 million, according to data from Johns Hopkins University, which has been tracking infections and deaths. Experts have cautioned that cases and death tolls likely undercount the real cost of the coronavirus outbreak.

Despite the rising death toll, the nation’s hardest-hit city, New York, saw a decline in its daily rate of new hospitalizations for patients suspected of having the novel coronavirus to 48 on Saturday, down from 77 the day before, Mayor Bill de Blasio said at a news briefing Monday.

De Blasio called the drop “a wonderful sign” that the virus is easing its grip on the city of 8.6 million, but he cautioned that the city won’t be ready to start relaxing some social distancing restrictions until the first half of June, at the earliest.

De Blasio has said that nonessential workers will be urged to work from home “for the foreseeable future” and that he hopes students can return to classrooms at the start of the academic year in September.

The last thing he wants to do, he said, is to act too early and create a false sense of security, only to spark a new wave of infections as people return to their usual social habits.

“Our goal is to get it right the first time,” De Blasio said. “We cannot have something where we have to shut down again. … It’s going to be day-by-day, week-by-week.”

With summer approaching, he said, social distancing at the city’s beaches will remain in place, and for anyone thinking about going out for drinks at a bar or restaurant as those establishments reopen, De Blasio had this advice: “Get your drink and go home. Do not allow gatherings to occur. It’s just not safe.”

Gov. Phil Murphy of neighboring New Jersey struck an even more cautious tone, saying residents in his state shouldn’t expect work or social life to return to anything close to normal until a proven vaccine becomes widely available, which public experts say may not happen until next year or later.

Researchers reported positive early results on Monday from a vaccine under development by Cambridge, Mass.,-based biotech company Moderna in collaboration with the National Institute of Allergy and Infectious Diseases, and say they plan to begin the next phase of testing in July.

The preliminary breakthrough was somewhat overshadowed by President Trump’s surprise announcement to reporters at an event for restaurant owners that he’s been taking the antimalaria drug hydroxychloroquine and the health supplement zinc to prevent the disease, despite FDA warnings that the drug isn’t a proven medication for COVID-19 and it can cause negative side effects.

With a vaccine still many months away, Murphy signed an order allowing the reopening of some outdoor recreational facilities, including tennis clubs, community gardens, golf courses and shooting ranges. Over the last week, he’s also loosened restrictions on nonessential construction, retail businesses, beaches, boardwalks and lakes.

New Jersey has the second-highest death toll after New York, with more than 10,400 fatalities from COVID-19 as of Monday, Murphy said. New York state has more than 28,300 deaths from the outbreak, according to Johns Hopkins.

The risk for governors as they attempt to loosen restrictions and jump-start their economies was made clear Saturday when Texas reported its largest single-day increase in new COVID-19 cases since the outbreak began. More than 1,800 cases were confirmed that day, bringing the state’s total to more than 47,000. The 110 deaths in the state Thursday and Friday added up to the highest two-day fatality rate since the virus was first detected in Texas. Gov. Greg Abbott has moved faster than most governors on reopening, and on Monday gave sweeping new orders that allowed bars, zoos and childcare centers to open up.

The office of Georgia Gov. Brian Kemp was forced to issue an apology on Monday and correct a bar chart on the state health department’s outbreak web page after a report in the Atlanta Journal-Constitution showed that new infections in the most-affected counties did not drop after Kemp relaxed stay-at-home restrictions as much as the state’s figures appeared to suggest.

“Our mission failed. We apologize. It is fixed,” Candice Boce, a spokeswoman for the governor, tweeted Monday. She said the mistake was due to an error in the way cases were counted. As of Monday evening, the number of cases stood at nearly 38,300 and more than 1,649 people had died from the virus.

In Michigan, which has also been hit hard with more than 4,900 deaths, Gov. Gretchen Whitmer announced that bars, restaurants and retail businesses in some less-affected parts of the state will be allowed to reopen as soon as Friday, but with reduced capacity. She said the easing of restrictions applies to the state’s Upper Peninsula and more than a dozen counties in the Lower Peninsula, including Traverse City, a popular vacation destination.

Employees at Michigan’s Big Three automakers — Ford, General Motors and Fiat Chrysler — went back to work for the first time since March on Monday. The workers were greeted with a host of new measures to prevent the spread of the virus, including temperature screenings for all employees and visitors, face masks and increased spacing between workers.

“We know we can’t let our guard down against this virus, so we are going to be vigilant and continuously evaluate our health and safety procedures as new data and tools become available,” GM Vice President of Global Workplace Safety Jim Glynn and Chief Medical Officer Dr. Jeffery Hess wrote in an op-ed in the Nashville Tennessean newspaper over the weekend.

Michigan, where armed protesters as well as Republican legislators have railed against Whitmer’s restrictions, overall remains under a stay-at-home order until May 28.

The virus has ravaged the state’s black community. Black people make up over a third of COVID-19 deaths in Michigan, despite representing 14% of the population.

Detroit, the state’s biggest city, which is 80% black, became an epicenter for the virus in March and April. Mayor Mike Duggan has announced that free coronavirus testing would be available to every resident at locations across his city starting Wednesday.

Testing is ramping up in other parts of the country as well.

Colorado Gov. Jared Polis announced Monday that all residents, including those without symptoms, can now get a free COVID-19 test in his state, where public health officials say 878 people have died from the virus.

And in New York City, testing is now available at more than 150 sites, and test kits made in the city are being used at city-run health clinics, De Blasio said Monday.

The Associated Press contributed to this report.