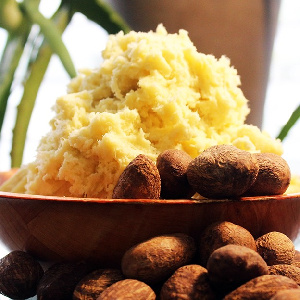 A shea butter processing and warehousing facility has been opened at Sorogu in the Sagnarigu Municipality of the Northern Region to provide the needed infrastructure to add value to the commodity in the area for improved incomes.

The new facility, meant for Tiyumtaba Women’s Shea Cooperative, is to help increase incomes for 600 women, who collect and process shea nuts in the area.

The United States Agency for International Development (USAID) developed the facility in partnership with Burt’s Bees, an American company, and the Savannah Fruits Company, an indigenous firm, as part of the U.S. Government’s efforts to partner communities, companies, and non-profit organisations in West Africa to expand economic opportunities for women.

This is in line with the Global Shea Alliance’s Sustainable Shea Initiative, launched in 2016 in partnership with USAID to promote the sustainable expansion of the shea industry in Ghana, Benin, Ivory Coast, Togo, Mali, Nigeria and Burkina Faso.

Madam Stephanie Sullivan, the U.S. Ambassador to Ghana, who inaugurated the facility at Sorogu on Wednesday, applauded the project’s partners saying, “The opening of this shea processing and warehousing facility is an important accomplishment that demonstrates what is possible to achieve when we all work together.”

Shea is the primary source of livelihood for women living in the northern part of the country and it is one of the few agricultural crops where women control their revenues.

Ambassador Sullivan said “USAID is working with Global Shea Alliance, communities, non-profit organisations, and responsible companies, who together, since 2016, have provided 250 warehouses, generating increased incomes for more than 137,000 women across West Africa.”

She emphasised that “As we invest in shea cooperatives and communities, we also seek the communities’ continued partnership to protect the shea trees and parklands to secure the sustainability of the shea industry for our children and the generations that follow”.

Mr Raphael Gonzalez, Managing Director of Savannah Fruits Company said the facility would increase incomes for women, who picked shea nuts for processing in the area.

Mr Aaron Adu, Managing Director of Global Shea Alliance announced that in July this year, members of the Alliance would plant about one million shea trees across the West African sub-region as part of efforts to ensure the sustainability of shea trees.

Madam Mary Naab Alhassan, Leader of Tiyuntaba Women’s Shea Cooperative said the facility would help increase the production of organic shea butter, whilst empowering women shea nut pickers in the area and the region to increase their economic fortunes.