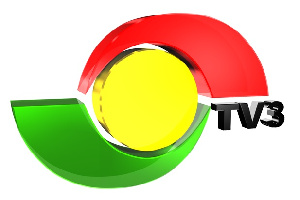 Leading Ghanaian free-to-air television platform, TV3, has emerged as the number one television station in Ghana in the 2019 GeoPoll ranking.

According to the ranking, TV3 dominated the Ghanaian television industry from January to December 2019 in both urban and rural demographic cohorts within the survey age of 15 years to 45+ years, averaging 12.58% of the total 17 million estimated TV population corresponding to 2,144,588 impressions.

UTV overtook Adom TV for the second spot at the end of 2019 recording an average share of 11.25%. This average audience share year-to-date (YTD) is the true measure of the performance of a particular channel, other than the individual weekly shares.

TV3 Network Limited is a subsidiary of Media General, Ghana’s leading media company which owns and operates some of the industry’s largest and most diversified businesses spanning television, radio, digital media and productions.

The wholly owned Ghanaian company has a bold ambition to shape the future of Media and Entertainment in Africa by becoming the continent’s leading and most respected Media company that delivers end-to-end superior value for all stakeholders — clients, viewers, employees, shareholders and the communities in which it operates. Other brands owned by the company are 3FM, Onua FM, Connect FM, Akoma FM and www.3news.com.

Since 2012, GeoPoll has been a leader in providing market research from areas that are difficult to access using traditional methods and conducting over 10 million surveys per year. 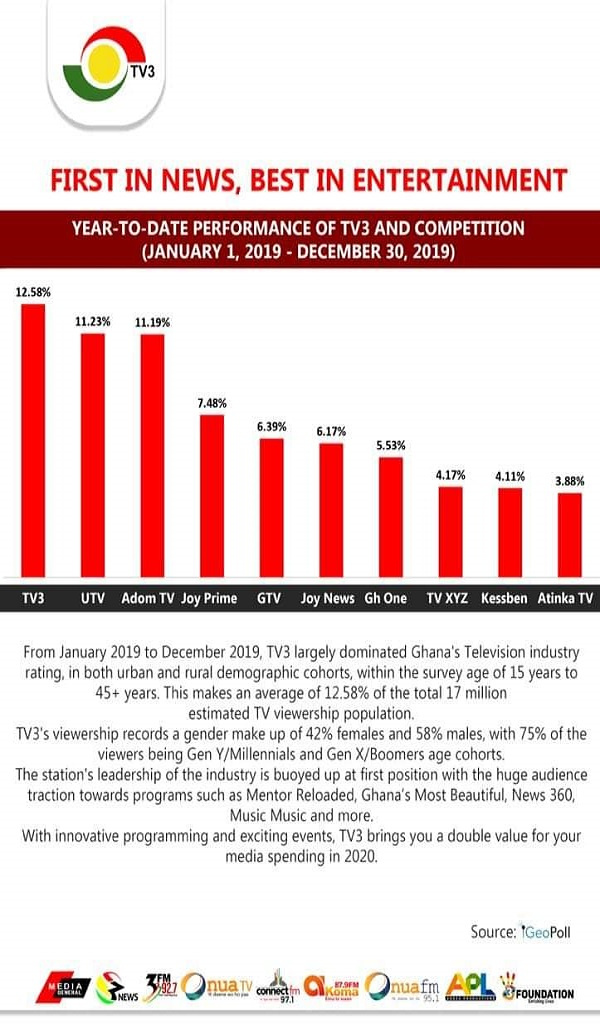