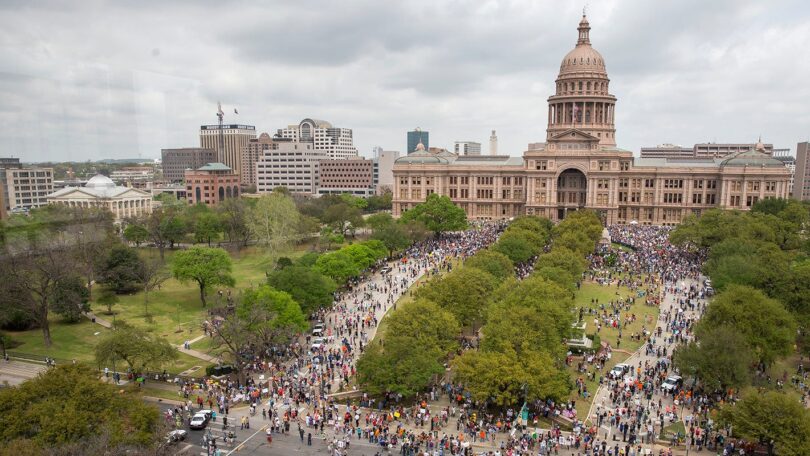 I’ve lived in Raleigh and Austin, two capitals in states that are changing but conservative. And I’ve learned that sweeping predictions are perilous.

AUSTIN, Texas — So much about this election year has been bizarre and unprecedented, but one thing remained the same: I spent hours crushing the dreams of friends and family from around the country by telling them that, no, red-hot Texas wouldn’t go blue.

I shouted into a gale force wind of speculation from pundits in and outside the state, powered by hopeful polls and statements like these: “Texas is competitive this year, and it’s much more competitive than we’ve seen for 20 years.” (James Henson, director of the Texas Politics Project at the University of Texas at Austin). “Turnout is completely unprecedented, and you better bet that the folks who are turning out are not turning out to keep the status quo.” (Harris County Judge Lina Hidalgo). “Hell yes.” (Texas Democratic Party Executive Director Manny Garcia, asked whether this was the year Texas would go blue.)

Friends in New York, where I grew up, were surprised when I told them that a state they regard as redeemable if only folks here will see things their way … just don’t. At least not yet.

Texas is changing but still conservative

It gave me no pleasure to be right. President Donald Trump handily won the state’s 38 electoral votes. Texans returned Republican John Cornyn to the U.S. Senate.

The chorus of hopeful voices predicting that Democrats would pick up anywhere from nine seats in the state House, which they needed to take the majority, to an outlandish 16 seats, was snuffed out. When legislators return to Austin in January, Republicans will hold 83 seats and Democrats 67, the same partisan split as two years ago. Democrats gained one seat in the state Senate, but Republicans still hold an 18-13 majority. All statewide offices are still held by Republicans.

I moved to Austin from Washington, D.C., in 2002 after traveling the country covering George W. Bush’s 2000 campaign and then covering him at the White House. Before that, I reported in North Carolina, where I lived in Raleigh and covered the statehouse, and I have watched from afar as Republican dominance has become entrenched there. It was no surprise that my former home also went for Trump, its swing state status swinging to the Republicans in five out of the past six presidential elections.

My experience living in two capitals in states that are changing but still essentially conservative has taught me that sweeping predictions are perilous. Change may well be coming to Texas, but it will arrive step by step, one forward, one back, a reality the hyperbole obscured. The Trump signs just a one-hour drive in any direction from the liberal capital of Austin — including Johnson City, the childhood home of Democratic titan Lyndon B. Johnson — were a reminder for anybody who needed one.

Longtime Democratic stalwarts understand this reality. My neighbor, a 70-something lifelong Democrat who served as the elected Travis County tax assessor-collector, never stops sending fundraiser invites for Democratic candidates up and down the ballot. A well-qualified and highly respected district court judge ran for chief justice of the Texas Supreme Court this cycle. The uphill, losing battle was a step in the march toward the someday of having just one Democrat on the state’s highest court.

Nothing to lose: I’m from Texas and here’s my advice for Democrats: Go for it.

There are reasons to be hopeful, but it’s important to analyze them without seizing on hope over experience. For each step forward, there is a step back:

►Trump’s margin of victory — 52.1% to 46.5% — shrank from 2016, when he beat Hillary Clinton by 9 points. That said, the softened support at the top of the ballot did not translate to great gains for down-ballot Democrats.

►Democrats held on to Hispanic and Latino voters in South Texas and the Rio Grande Valley along the Texas-Mexico border. That said, the margin was less than half of Clinton’s in 2016 (my husband, a Texas native and longtime politics reporter, groused that the constant texts asking for money should have been parlayed into on-the-ground, if socially distanced, campaigning in this important region for Democrats).

►Joe Biden won the state’s four major metropolitan areas — Bexar, Dallas, Harris and Travis counties — and picked up the last Republican urban stronghold, Tarrant County. He also won the suburban counties of Hays and Williamson, outside of Austin. The last Democrat to carry any of these three counties was Johnson, in 1964. That said, these victories did not overtake Trump’s overwhelming dominance in rural Texas.

►The state’s population is continuing to shift from rural to more urban and suburban. But whether this shift is moving fast enough to pay off for the next Democratic presidential candidate remains an open question.

►Voter turnout was dramatic, but it didn’t translate to big wins for Democrats. Smarting from 2018, when Democrats took 12 seats in the Texas House and two seats in the Texas Senate and almost lost Sen. Ted Cruz’s seat, Republicans came roaring back.

►Gov. Greg Abbott’s decision to extend early voting probably benefited Democrats. At the same time, the abolition of the one-punch straight ticket voting likely worked to the advantage of some Republican legislative candidates, encouraging voters who were wary of Trump to reject him but say yes to them.

I have come to love Texas, and I am rooting for it to become a more equitable place. I want to stop grinding my teeth over the woefully underfunded public schools and having the highest percentage of residents without health insurance. Will that day be closer four years from now when my phone starts buzzing with questions about a Democratic presidential candidate winning the day?

Maybe, but I’m not betting the farm on it.

Jena Heath is an associate dean at the School of Arts & Humanities at St. Edward’s University, an associate professor of Journalism and Digital Media and coordinator of the Journalism and Digital Media program.​​​​ Previously, she was reporter who covered cops, courts, local and state government, and the 2000 Bush campaign and White House. Follow her on Twitter: @JenaHeath2