Travel to the Dominican Republic, the wonder of the Caribbean 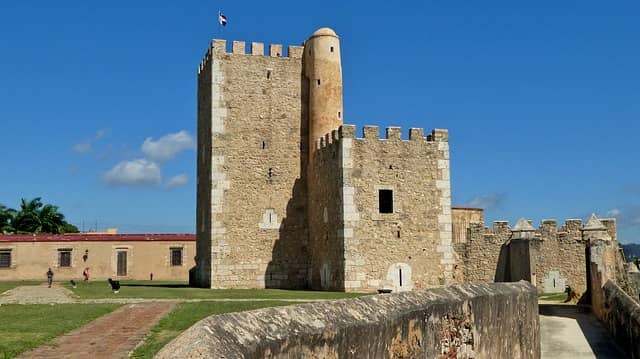 A travel to the Dominican Republic takes you to the heart of the Spanish Caribbean. Occupying the eastern two-thirds of the island of Hispaniola that it shares with Haiti, the Dominican Republic is rightly renowned for its heavenly beaches and upscale all-inclusive resorts, especially in Punta Cana. However, it would be a shame to be satisfied with it. With the communicative joie de vivre of its inhabitants, its exceptional beaches, climate, verdant landscapes, colonial capital classified by Unesco, and the spectacle of its whales, not to mention rum and cigars, and much more.

The Dominican Republic is not an island but … half an island. It shares the largest Caribbean island after Cuba with Haiti.

1. Travel to the Dominican Republic, climate

Who says tropics says humidity; if the average annual temperature is 26 ° C, the heat is oppressive at low altitude when there is no breeze. August is the hottest month, January and February the cooler months. The mercury varies between 20 and 30 ° C in coastal areas and does not exceed 20 ° C in the mountains, where it can drop below 10 ° C. The rainy season varies from region to region: in the north, it lasts from October to May; on the south coast, less watered, it lasts from May to October. And when it rains in the Dominican Republic, there is no question of a downpour that lasts just long enough to refresh the atmosphere: downpours fall for half a day, then resume for a few more hours. The hurricane season is from June to September. If they announce a hurricane while you are on the island, do not hesitate to shorten your stay.

2. Travel to the Dominican Republic, what to do, and what to visit?

Explore del Este National Park, one of the richest reserves in the country, bask on Punta Cana’s beaches, and cross the hilly landscapes between El Seibo and Miches on the Coconut Coast.

Discover the birds, turtles, or iguanas of the Caribbean at Jaragua National Park. Taste the indolent rhythm of the small fishing port of Punta Rucia, walk in the footsteps of Christopher Columbus and watch the humpback whale show in Samaná Bay …

3. Travel to the Dominican Republic; the best to visit

City of all contrasts, festive, with cliffs battered by turquoise waves. The Dominican capital is the first European city of the New World. It was from there that Spain set out to conquer Central and South America. The Zona Colonial today only represents an island in this agglomeration of three million inhabitants; it covered the entire city at the Spanish expansion time. It stretches along the west bank of the Río Ozama, and its cobbled streets form a checkerboard pattern.

Most of the buildings have retained their 16th century walls. The Zona Colonial houses the oldest church in the New World, the Convento de la Orden de Los Predicadores (1520), the ruins of the first hospital, the Hospital San Nicolás de Bari (1503), and those of the oldest European fort, the Fuerte de Santa Bárbara (1570). Take a tour of the Renaissance-style Museo de las Casas Reales, the country’s most beautiful museum.

Situated on the northern coast of the Dominican Republic, and more specifically, the Amber Coast. Puerto Plata is the ideal tourist resort for those looking for a relaxing vacation at an attractive price with many places to visit. With the exception of Long Beach, located a few minutes from downtown Puerto Plata, there are no huge white sand beaches like those of Punta Cana (east coast of the island), but numerous excursions and, to emphasize, an authentic Dominican life by day and by night.

The northern region, nicknamed the Amber Coast because of the large reserves of the famous fossilized resin, is famous for many crafts and jewelry. It enjoys a mild climate (tropical humid). Rich in coffee, sugar, cocoa, and tobacco, this region offers lush landscapes made up of dense tropical vegetation.

It was on this coast that Christopher Columbus landed for the first time on the island on January 11, 1493, which he named Puerto Plata (the port of money). It is pleasant to stroll through the beautiful colonial Victorian wooden houses called Gingerbread, which have a crazy charm with their pastel colors. On the shopping side, Puerto Plata offers many amber shops and souvenir shops of all kinds. Nearby is the seaside resort of Playa Dorada, served by the Gregorio Luperon International Airport (located 18 km east of the city). This resort is famous for its tourist life: large hotels, renowned golf courses, casinos, nightclubs, shopping centers, and numerous sporting activities.

Formerly occupied by the Taino Indians, the Parque Nacional de Los Haïtises (Haitises National Park) located in the south of the Samaná peninsula. To visit it, embark from Sánchez. The main attraction of Parc des Haïtises is the caves inhabited by Native Americans 500 years ago. They left petroglyphs and rock paintings there.

Paradise Island is one of the beautiful islands, and what attracts the tourist’s interest in this island is diving and watching colorful fish in the Caribbean Sea. The return trip from the island, usually includes a speedboat ride to see tropical trees, which attracts many visitors to this island.

Bordered by palm tree;  the main beach of the small fishing village Bayahibe, a crescent of sand that stretches for more than 2 kilometer; is a marvel, with its colorful boats and its pastel-colored wooden fishermen’s houses (blue, green, pink ), not forgetting its wooden church painted in green, built in 1954. In the heart of the dry tropical forest region, where cacti grow, this beach is not free from the tourist bustle. Its turquoise waters are now used as a starting point for excursions, particularly to Saona Island, in the morning, but also to Catalina. To the sound of merengue, you contact the local population, unlike Bavaro and most of the beaches in Punta Cana.

4. Travel to the Dominican Republic, the best to do

This bay is witnessing severe crowding by tourists because of what they find of stunning beaches and unparalleled natural landscapes, not only this but tourists visit it in order to see marine animals such as the giant whale that you can see closely, and there are many types of birds that make the Gulf home. There you can do a lot of activities such as horseback riding, cycling, wandering on foot, and visiting the caves on the bay, the most famous of which is the Cueva del Angel cave, and some waterfalls such as the Salto Shimon waterfall.

The Dominican Republic is one of the most accessible destinations for swimming with these very endearing marine mammals. You will enjoy the opportunity to swim with dolphins at Manati Park in Punta Cana but also at Ocean World in Cofresi, near Puerto Plata. Numerous aquatic shows and other shows also punctuate the day’s program. The situation is different at sea in the midst of free-roaming dolphins! At sea, you cannot touch or pet the species that you may encounter, but only approach them and swim nearby, which is already not bad! Once in the water, all you have to do is open your eyes, strain your ears to listen to the dolphins singing, swim in the water to be able to follow them, and enjoy this unique moment.

On the north coast of the Dominican Republic, entering Puerto Plata and the Samana peninsula, the small fishing village of Cabarete is a paradise for surfers and kiters as well as boarders. Almost 4 km of beach bordered by coconut palms offer one of the best sliding sports in the world, thanks to strong and regular wind and large waves that shake its waters all year round. It is the best destination for all kinds of board sports enthusiasts! Guaranteed atmosphere in this tourist resort benefiting from a festive and sporting animation.

Punta Cana is one of the ideal places for the practice of parasailing. Most hotels in the area offer this aerobatic activity, which allows you to fly over a magnificent beach with crystal clear waters. Hanging on a parachute and driven by a boat’s speed, you experience a thrilling activity accessible to everyone, even children, because it is unnecessary to know how to swim.