Travel to Florida; discover the most popular American state

Home » Travel to Florida; discover the most popular American state 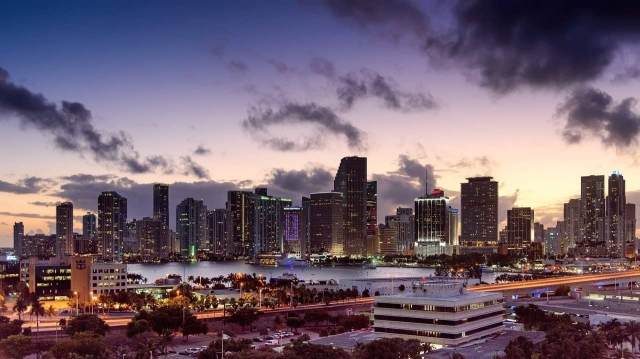 Travel to Florida, located in the Southeastern United States and bordered by the Atlantic Ocean and the Gulf of Mexico. The sunny state of Florida has plenty of surprises in store for you; visit Florida’s must-see places like beaches and theme parks, then discover natural treasures, renowned cultural attractions, and little-known gems.

Nicknamed the “Sunshine State,” Florida enjoys a subtropical climate, with pleasant sunshine and temperatures all year round.

The high season is between March and August; the southern beaches are taken by storm in spring and summer, the humidity can be sweltering sometimes, not to mention mosquitoes!

The best time to travel to Florida is September. It is still hot, drier, but there are far fewer tourists on the beaches and in the theme parks. And price level, it is 20 to 30% cheaper.

It is tempting to go there in winter to enjoy the sun while the skies gray in latitudes. But beware, you will not be the only one to have had this idea! Florida is the first winter destination for Americans, so wave goodbye to tranquility.

There are no mixed dormitories in most hostels, and the bathrooms are common; alcohol is also sometimes prohibited. About half of the hostels in Florida are affiliated with Hostelling International USA. You don’t need to be a member to stay overnight, but the rate is slightly higher; it is possible to become a HI member by phone, online, or at most hostels. It is possible from the United States to reserve a spot at many HI hostels through the free reservation service.

Mostly found in small historic towns like Key West or Saint Augustine. Most of these establishments occupy beautiful old residences, often in wood, sometimes classified as Historical Monuments. They rarely offer more than ten rooms, often much less, all different and furnished in Victorian style.

Breakfast (homemade and often very generous). The larger houses have a swimming pool; the smaller ones have a jacuzzi.

The atmosphere is really relaxing there, and then it’s a good way to get to know Americans. The owners often lend bicycles.

Of course, quality comes at a price, and these addresses often fall into the “more chic” to “very chic” categories.

It is not uncommon that in some addresses, children under 16, or even 18, Are not welcome to preserve guests’ tranquility.

In some cities, chain hotels are sometimes the best options available. With chain hotels, you can count on sufficient cleanliness, some sort of but bearable decoration, and comfortable bedding. TV, telephone, air conditioning, mini-fridge, and hairdryer are standard in mid-range channels. The upscale ones like to personalize each of their establishments’ ambiance and decor, especially in Miami and in the resorts.

Luxury hotels (the Ritz-Carlton in particular) provide a multitude of services: valet parking, room service, newspapers, dry cleaning, laundry, swimming pool, health club, bar, etc. Boutique hotels – those generally independent hotels that stand out from chain hotels by their original decor and ambiance are common in Miami, South Beach, or Palm Beach. The big chains have free numbers to reserve, but you may save more money by calling the hotel of your choice directly.

Florida cuisine is a blend of influences from the Caribbean and Latin America. Seafood products (fish, crustaceans, shellfish) are widely used as well as Cuban products (rice, black beans, pork) and tropical fruits. The food is spicy, citrus fruits (orange, lemon, grapefruit) are used in desserts and in many sweet and savory dishes.

Here is a non-exhaustive list of Florida specialties and, more generally, of certain American specialties:

Alligator:  if in some countries you eat shark, ostrich, or kangaroo, here in Florida, it is the alligator.

Bagel: This is a ring-shaped roll with a very firm texture made from natural sourdough dough soaked briefly in boiling water before baking, served topped with cheese, smoked salmon, or other ingredients. They are sometimes found plain but often flavored with sesame seeds, poppy seeds, or fried onions.

Burrito: Mexican in origin, but found all over the USA. This is a large wheat tortilla, with a filling that varies according to taste, but almost always rice and beans.

Catfish: Catfish is usually breaded and fried in cornmeal.

Peanut Butter: Spread made from peanuts.

Pumpkin Pie: it is often the favorite dessert for the Thanksgiving meal.

Located in South Florida, the Everglades National Park is a huge lush subtropical swamp, open to visitors. One can observe particularly dense vegetation of mangroves, cypresses, pines. In addition to crocodiles and other alligators, the Everglades populated by animals of all kinds: birds (ibis, pelicans, flamingos …), mammals (pumas, raccoons, lynx, manatees), fish, but also a myriad of insects, including mosquitoes, particularly hungry on summer evenings … Overgrown by mangroves, Everglades Park is 6,000 to 8,000 years old and covers all of South Florida over 200 km long and 80 miles km wide. This unique ecosystem in the world has been classified as a Biosphere Reserve by the international community and UNESCO World Heritage.

Located in the heart of Florida, 225 miles from Miami, Orlando is a large, modern city that has experienced strong growth for over 20 years. And there’s plenty: proximity to Cape Canaveral, a major citrus fruit trade, and theme parks like Disney World, Universal Studios. As a result, Orlando has become the world’s largest tourist attraction, attracting millions of visitors (including millions of Europeans) every year.

Effervescent and a little showy, Miami moves at a tempo other than elsewhere in the United States. Amidst the cigar smoke, Havana expatriates dance to the rhythm of the sound (Cuban type of salsa) and bolero. In trendy nightclubs, Brazilian top models swing to Latin hip-hop. Spice up your love life in a Haitian botanica (shop specializing in plants and amulets). Watch the way the old gentlemen slam their dominoes in the park. In the street stalls, as in gastronomy temples, let the Caribbean, Cuban or Argentinian flavors enchant your taste buds.

The Keys are this archipelago of islets located in southern Florida. Getting to Key West, the southernmost island, from Miami is 166 miles and almost 4 hours by car. Crossing forty bridges and that the speed is rather limited, it is, therefore, better to plan to spend at least one night there to appreciate the place. Along the way, stop at Key Largo, the largest of the islands, where you can find some cool spots for snorkeling. On Marathon Island and the beach at Bahia Honda State Park, the color of the water is just mind-blowing in this place! When you arrive in Key West, you will be only 90 miles from Cuba! Perhaps that’s why people say it’s not really Florida anymore. The atmosphere is quite different, as peaceful as it could be, even despite the horde of tourists rushing there.

Near Pensacola, the Panhandle Barrier Islands cover a narrow area, including the delicate strips of land that stretch to form the Gulf Islands National Seashore. You will forget the effervescence of famous seaside resorts as soon as you step on their immaculate white sand. If you want to get moving, visit the historic ruins of Fort Pickens or step deep into the sandy forests.

Which US state is the most visited?

What is the most visited city in Florida?

What is the most popular part of Florida?

Best Places to Visit in Florida