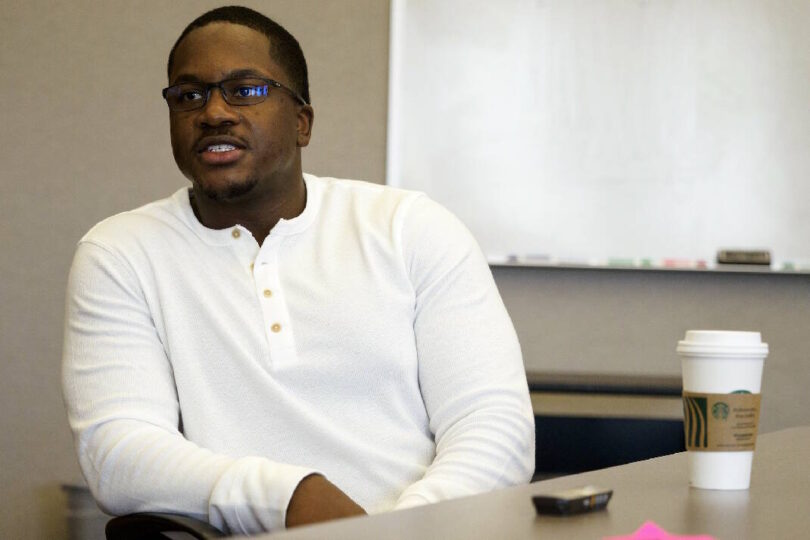 Kenston O’Neal says he always has been a tech-oriented person.

Today, O’Neal is chief technology officer for Chattanooga-based EirSystems. The startup company offers a system to track and secure online financial transactions applied to prescription drugs, with the aim of making those processes safer and faster for physicians and patients.

Earlier this year, O’Neal was named the 2020 ChaTech (Chattanooga Technology Council) Software Developer of the Year.

O’Neal, 29, grew up in Memphis and after graduation from high school, decided to attend the University of Tennessee at Chattanooga. He says he started off as a business major, but found he wasn’t challenged enough.

“I really needed to make a change,” O’Neal says. “I changed my major to computer science. I fell in love with it. It challenged me. It was like a puzzle I could solve.”

O’Neal received his first job offer before graduation from BlueCross BlueShield of Tennessee in 2014, working there for about a year in claims support.

That led to a post at Coyote Logistics, the freight brokerage firm that has a major presence in Chattanooga, where he says he received a lot of open-source software experience in two years with the company.

He then joined Asysco, an Atlanta firm that works with companies in offering modernizations from old systems. Still later, he says, he worked for Check Into Cash, where he built out e-lending systems for the Cleveland, Tennessee-based business.

Then, O’Neal says, he ran into the founders of EirSystems, brothers Tyler and Ryan Seaberg, through a mutual friend. In April 2018, he joined the company. The “Eir” in EirSystems traces back to the Seabergs’ grandfather’s Swedish heritage and the Norse god of healing and health, he says.

Since then, O’Neal says the company has been building an e-prescribing platform in part to help curb the opioid epidemic and bring transparency and ease of use to prescribers and pharmacies.

He and others with the company, which employs about six people, anticipate its product, called P.A.G.R., will go to the market this year.

“With everything going on with the opioid epidemic, we saw a real opportunity to bring technology to the medical field,” O’Neal says. He says the platform is based on blockchain, which O’Neal describes as a digital ledger, and it will “make sure people are acting in good faith.”

“We have high hopes for the company,” he says, adding that P.A.G.R. can be used for any prescription. “I see the company growing out pretty quickly. We’re incrementally improving the product as we get more insight from the market and from investors.”

“We want to bring this to a nationwide scale, to have a nationwide system,” he says, with the aim to provide a more overall accurate patient history.

One of P.A.G.R.’s benefits is that someone could go to any pharmacy running the EirSystems platform and have a prescription filled, he says.

“Also, there are certain checks and balances in place to make sure there’s no malicious activity happening,” O’Neal says.

* Education: University of Tennessee at Chattanooga

Having married in July, he says that working for a startup company is challenging.

When he’s not working, he likes the outdoors including hiking. O’Neal says he’s also interested in mountain biking and plans “to take a swing at that.”