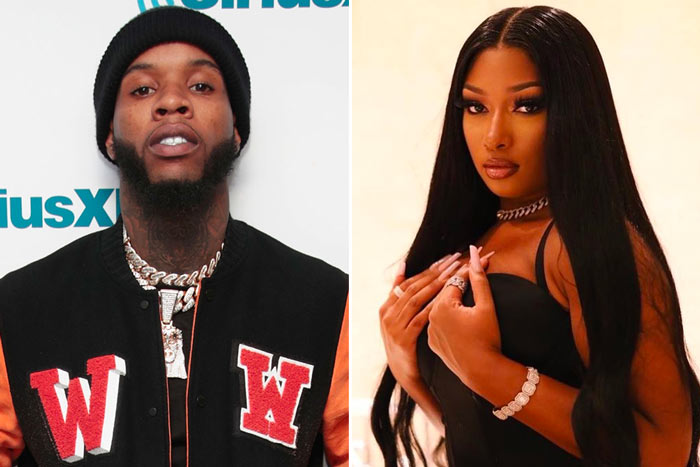 More details are emerging in the Tory Lanez and Megan Thee Stallion shooting.

After denying Megan’s accusations on his surprise project DAYSTAR, a new report from Complex claims that the Canadian rapper fired multiple shots and later tried to cover it up.

A “source close to the situation” alleges that Tory told Megan, ‘Dance, bitch’” before firing four shots at her feet. He reportedly offered Megan and her friend Kelsey Nicole “hush money” because he was “desperate to fix his mistake.”

“When she gets out of the car and says, ‘I’m just going to walk home,’ he pulls out a gun and says, ‘Dance, bitch,’ and he starts shooting her,” says the source. “As she’s going into surgery, this maniac is texting her. He’s basically trying to say he’ll pay. Her friend is [also] getting calls to receive money. He was trying to keep her quiet.”

Cedars-Sinai medical records from the aftermath of the shooting align with Megan’s account that she was shot in her feet and shrapnel was found in her heel, according to Complex.

The anonymous source decided to speak out because Tory’s project has made people question Megan’s side of the story. “This is not okay and it’s not funny and it’s not something that we can just normalize,” they said.

Page Six also spoke to a source who says the claims are “true.” However, Tory’s rep has denied the accusations, calling them “completely false, fabricated, and insane.”

On DAYSTAR, Tory refuted Megan’s claims and accused her of filing a false police report. “Girl, you had the nerve to write that statement on the affidavit / Knowin’ I ain’t do it but I’m comin’ at my truest,” he raps on “Money Over Fallouts.”

He also questions her injuries (“How the f**k you get shot in your foot? Don’t hit no bones and tendons?”) and accuses her team to trying to smear his name (“How the f**k your team is tryna paint me as some whole menace?”).

However, Megan’s team is accusing Tory’s camp of launching a “smear campaign” against her. “We have been made aware of manipulated text messages and invented email accounts that have been disseminated to the media in a calculated attempt to peddle a false narrative about the events that occurred on July the 12th,” Megan’s attorney, Alex Spiro, told Page Six. “A smear campaign can’t change the truth.”