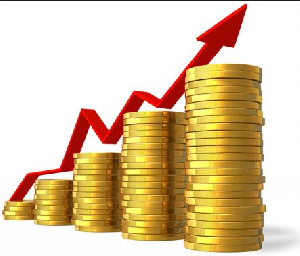 The bank made significant profit in 2018

The Toende Rural Bank Limited at Zebilla in the Bawku West District of the Upper East Region has recorded an amount GHC261,355.00 as profit before tax in 2018.

Dr Joseph Ayembilla, the Board Chairman of the Bank, said this at the 13th Annual General Shareholders’ meeting at Zebilla.

The purpose of the general meeting was to present the 2018 performance report of the bank to the shareholders and also ask for their approval of the policies and programme direction for the coming year.

The Board Chairman said all the financial indicators proved positive and as a result the bank was rated 32nd out of 142 rural and community banks nationwide and 3rd in the Region.

Dr Ayembilla said the bank has contributed to the growth and development of the area, impacting positively on education and youth development, health and economic empowerment of the under privileged in society.

”The Bank disbursed a total amount of GHC22,192.00 in 2018 as compared to 7,200.00 in 2017 in respect of its social responsibility. The bank has also provided job opportunities for some youth in the community and created a platform for them to learn new skills, technology and personnel development,” he said

Dr Ayembilla said the objective of the bank was to increase investment in rural enterprises so that it could improve the rural economy of Bawku West District and its environs.

The Board Chairman said the bank has introduced Automated Teller Machines (ATM) at its head office in Zebilla and assured the shareholders and members of the public that the board and management of the bank was investing in risk management to help safeguard against fraud.