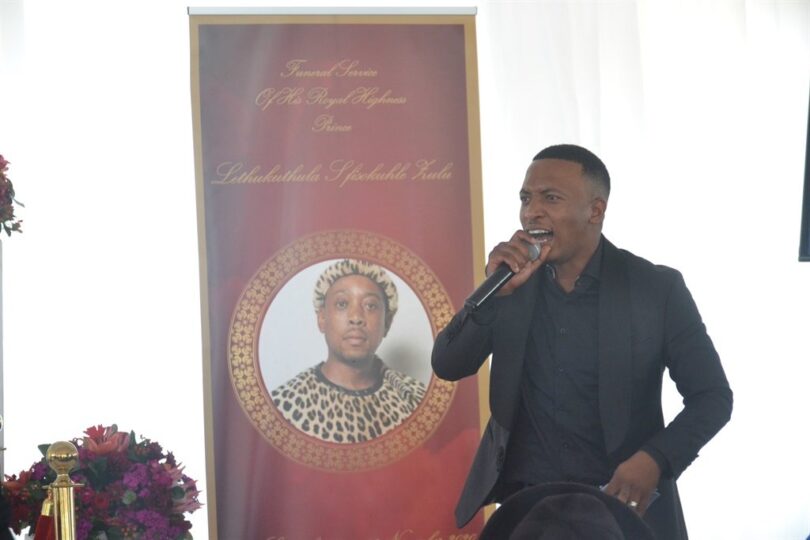 Three of the five people accused of murdering Zulu Prince Lethukuthula Zulu and stealing items from his home have been linked to robberies in Benoni.

Their lawyer told the court that Koaile, Mmola and Tlholoe had missed a court appearance in Benoni because they were in custody. They were due to appear in court on 26 November on robbery charges.

Zulu, the eldest son of King Goodwill Zwelithini, was found dead by security guards at his home in a Northwold, Johannesburg residential complex on 6 November.

Members of the royal family, as well as Izinduna (chiefs) in Gauteng filled the public gallery in the Randburg Magistrate’s Court.

The accused appeared to be visibly shocked when they learnt they would no longer be kept at Randburg police station holding cells, but would be transferred to prison due to space issues in the cells.

Prosecutor Yusuf Baba said the prosecutor in the robbery matter was aware of Koaile, Mmola and Tlholoe’s appearance in the Randburg Magistrate’s Court.

Outside court, NPA spokesperson Phindi Mjonondwane said the three had been charged with two counts of robbery in Benoni.

During the first appearance, Baba told the court that the State intended to connect them to other cases in Benoni and Pretoria, which date back to 2017.

“The accused are in a syndicate involved with drugging people and stealing their money. As a consequence of the actions by the accused, drugging the victim led to [Prince Lethukuthula Zulu’s] death,” said Baba last week.

The matter was postponed to Thursday for bail applications.