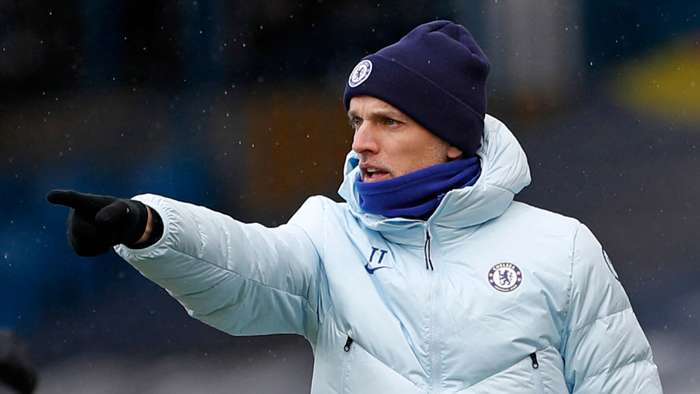 Chelsea’s Thomas Tuchel has been named Premier League Manager of the Month for March, with Leicester striker Kelechi Iheanacho claiming the player award.

The west London side beat Merseyside duo Everton and Liverpool during the month before a goalless draw at Leeds maintained Tuchel’s unbeaten start as Blues boss.

Iheanacho meanwhile scored five goals in three Premier League games for the Foxes, including a hat-trick in their 5-0 win against Sheffield United.

Chelsea were ninth in the Premier League when Tuchel replaced Frank Lampard at the end of January, but the German has overseen a 14-game unbeaten run in all competitions to move into the top four, as well as progressing in the Champions League and FA Cup.

Mason Mount scored the only goal as Chelsea won at Anfield for the first time since 2014 at the start of March, with a Ben Godfrey own goal and Jorginho penalty securing victory against Everton the following week.

A battling draw at Elland Road made it 10 clean sheets in 12 games under Tuchel, with further shut-outs in subsequent games against Atletico Madrid in the Champions League and Sheffield United in the FA Cup.

The former Paris Saint-Germain boss, who beat Graham Potter, Brendan Rodgers and Ole Gunnar Solskjaer to the March award, told Chelsea’s official website. “I am really happy to have received this award and I believe it is a great achievement for everybody at the club who is involved in putting the team together to play each week.

“The award would not be possible if it wasn’t for the hard work of all my coaching staff and the wider support team who all push the team in the same direction, to achieve success.

“Lastly, I want to acknowledge the hard work of the players who have given me their maximum efforts and commitment since I arrived and we hope we can keep this strong run going until the very end of the season.”

Iheanacho’s hot streak of goals helped ensure Leicester remained unbeaten in March to maintain their push for a Champions League place, with the Foxes five points ahead of Chelsea in third.

The Nigeria international found the net in a 1-1 draw at Burnley and 2-1 victory at Brighton, before scoring his first Premier League treble in that 5-0 thrashing of bottom club Sheffield United.

His goalscoring exploits also crossed over into the FA Cup, with a double in a 3-1 win against Manchester United sealing Leicester’s place in the FA Cup semi-finals for the first time in 39 years.

“I’m so pleased and honoured to win this award,” he told Leicester’s official website. “I’m really enjoying playing at the minute and hopefully I can push on and help the team to finish as high as possible this season.”