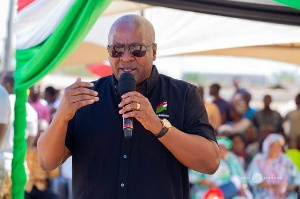 Former President John Mahama has bemoaned the arrogance of government appointees once they assume the reins of the country.

Speaking at the commemoration of the 38th-anniversary of the 31st December 1981 coup at the Winneba Lorry Park in the Central Region on Tuesday, 31 December 2019, Mr Mahama, said: “Leaders lack modesty and humility in public office”.

“When one has been appointed into public office, they feel an entitlement, a right, and, in the end, they do not serve at the pleasure of the people of Ghana”, he observed.

The flag bearer of the main opposition National Democratic Congress (NDC) said rather than serving the electorate, government officials focus on looting state resources as fast as they can before the next elections are held.