'The Devil Has a Name' review: It is no 'Erin Brockovich' - Republik City News
Entertainment

‘The Devil Has a Name’ review: It is no ‘Erin Brockovich’ 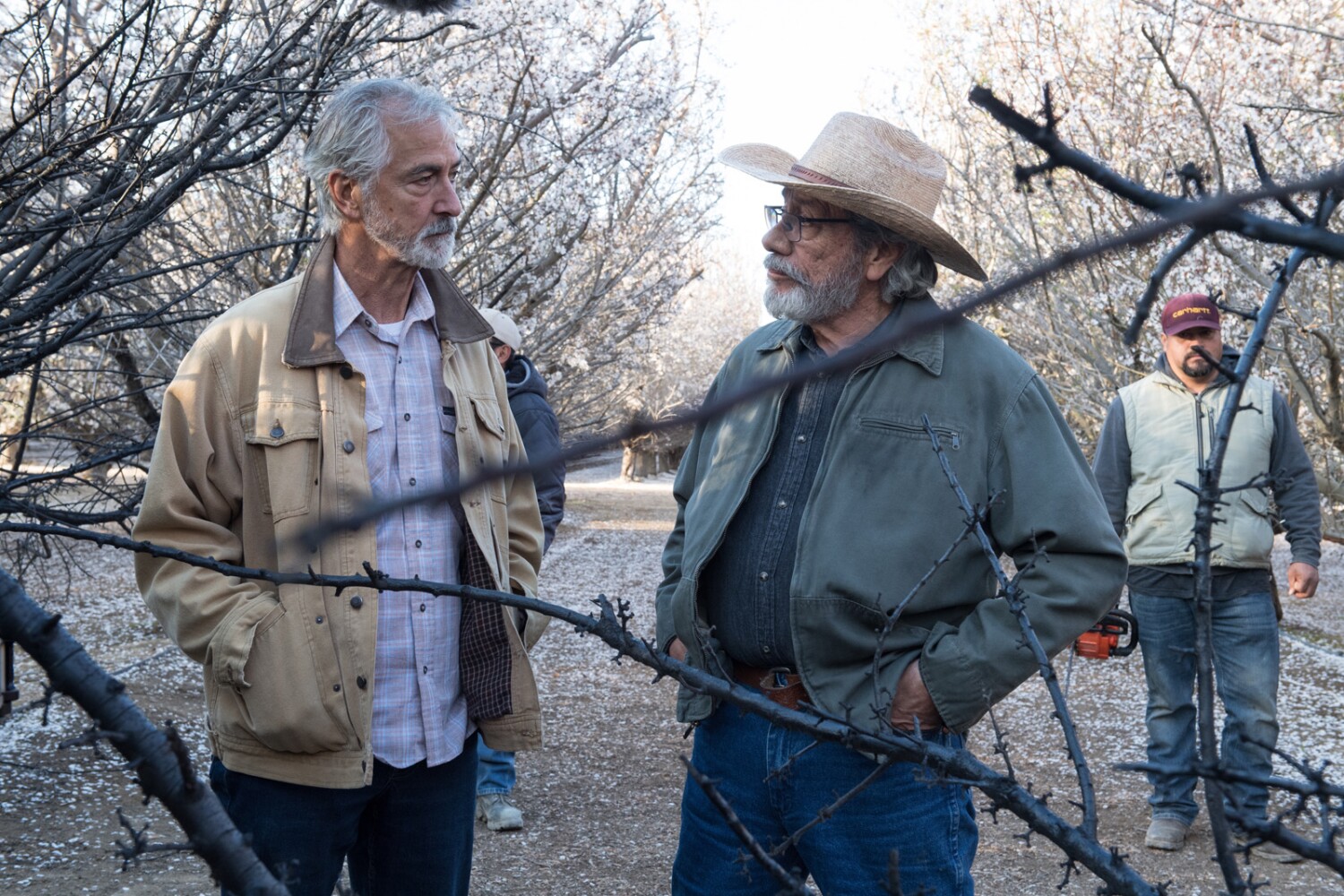 The environmental legal thriller is a reliable subgenre, especially since the success of Steven Soderbergh’s “Erin Brockovich” in 2000. They’re classic David and Goliath stories with a human-interest angle and anti-corporate twist, and hopefully there’s a bit of hard-earned justice at the end. But they have to be entertaining too, and that is where Edward James Olmos’ “The Devil Has a Name” wildly overcorrects.

The script is by Robert McEveety, loosely based on a decade-plus court battle brought by a farmer against Aera Energy (owned by Shell and ExxonMobil) for polluting groundwater in the San Joaquin Valley, near Bakersfield. Although some of the characters remain similar to their real-life counterparts, McEveety has also given the story the high-stakes Hollywood treatment, turning the corporate villains into flamboyant western gangsters.

Enter executive Gigi Cutler (Kate Bosworth) of fictional Shore Oil. She has a penchant for whiskey, fur coats, bolo ties and outrageously over-the-top Southern aphorisms (these external signifiers serve as her only characterization, as well as the epithets men use to describe her). In a narrative framing device, she marches into Shore Oil headquarters to gasps, whispers and tossed sandwiches, and recounts the tale of the legal battle to a higher-up at the company (Alfred Molina, expanding his accent work) and a pair of his lawyers.

The tale she tells is one of corporate evil, the poisoning of farmland and the hopes of buying the victims off for cheap, and if not, ruining them in court. Almond farmer Fred Stern (David Strathairn) is a widower with dreams of retiring on a sailboat, his only friend his right-hand man Santiago (Olmos). When Shore Oil and Gigi start to aggressively pursue him for the rights to his land, he considers the offer before realizing the root rot killing his almond trees could be due to contaminated water. He enlists the services of crusading lawyer Ralph Wegis (Martin Sheen), the “man who killed the Pinto,” known for taking on Ford Motors and their exploding 1970s subcompact. The dramatic legal thriller we expect ensues, but McEveety’s tortured and shallow script turns this courtroom drama into something out of a wild and wacky crime movie, filled with all kinds of stunts and twists, rather than human motivation.

Olmos marshals quite a cast, including Strathairn, Molina, Pablo Schreiber as a Shore Oil heavy sent to intimidate Fred, and Haley Joel Osment as one of Cutler’s twerpy lackeys. But narrative unnecessarily cuts constantly between the framing device of Gigi’s tale and the legal battle. The bad guys are prone to saying such cartoonishly bad guy things you expect them to start twirling their mustaches. Bosworth is saddled with ridiculous one-liners that an actress with the gravitas of say, Margo Martindale, could potentially pull off, but Bosworth, bless her heart, cannot.

The emotional core of the film is the friendship between Fred and Santi, and there’s genuine chemistry between Strathairn and Olmos. They’re the only two actors who seem to be playing real people, though their motivation in pursuing justice is barely sketched out. Fred has reason to believe his wife’s cancer was caused by the contaminated water, while Santi is merely an anti-authoritarian rebel.

A call to action at the end of the film describes a corporate ethos of these kinds of companies, whose dangerous practices continue in the heart of California’s farmland: “If you make more money doing it than it costs to get caught for doing it, continue doing it.” “The Devil Has a Name” has an important message if you can get past its unwieldy melodrama, but the second coming of “Erin Brockovich” this is not.

‘The Devil Has a Name’

Rated: R, for language, some sexual material and drug use, and brief violence

Playing: In limited release where theaters are open; also on VOD and digital.