Home » The conflicting reports of the Sports Ministry and GFA 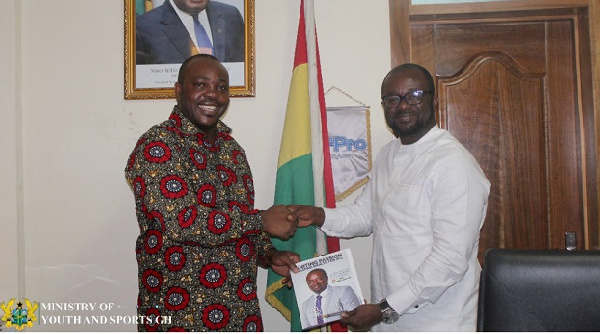 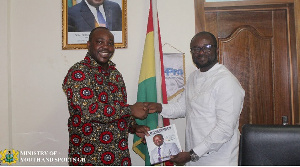 The announcement of how the FIFA and CAF Coronavirus Relief package will be disbursed by the Ghana Football Association has sparked heated debate among major stakeholders of the game in the country.

The Ghana Football Association has come under intense pressure from Premier and Division One League clubs after allocating over $300,000, of the $1,800,000 which is expected to be shared by FIFA and CAF to all member associations for the various national teams.

This has been the most discussed subject in the media space as people are questioning the motive behind the move by the GFA because according to the critics the national teams are being funded by the government.

He added that”The monies allocated to the national team will be used to pay for feeding, accommodation, tournaments and other technical and administrative support at the Ghanaman Soccer Centre of Excellence.”

This response from the GFA caught the attention of the Special aide to the Minister of Youth and Sports, Kofi Asare Brako who told Accra based Asempa FM in an interview that the GFA has never funded the national teams.

“The Ministry of Youth and Sports takes care of all national teams. Every single cost is borne by the ministry,”

“However, if the FA intends to take some burden off the ministry, we will welcome it.”

Winfred Osei Kweku Palmer, who was formerly the Chairman of the Black Stars Management Committee and Head of the GFA Financial Committee under the erstwhile Kwesi Nyaktakyi has also added his voice to the issue saying “I’m somebody who is a strong advocate for self-financing so far as the national teams are concerned. As a finance person, I have always maintained that with a little engineering, the national teams especially the Black Stars should be able to fund itself.”

“The current outburst between the GFA and the Ministry is not good for the future of the game but the fact is the government has been funding all the national teams including the Black Stars and not the GFA. This also includes all the camping costs of our national teams.”

Executive Council Member, George Amoako disagrees with Kofi Asare Brako and Osei Kweku Palmer as he states that it is not true that the Ghana Football Association has not been co-funding the national teams.

“I will be shocked if what Kofi Asare Brako said is the official position of the Ministry and it will be rather unfortunate for this to come about this way because it is not the full fact and it’s not the truth. It is clear in the previous GFA audited financial statements that the association has been spending on the national teams, so where do those figures come from?”

“It is also not true that the GFA does not spend on the national teams and is a big fallacy for anybody to make such a statement because the GFA works hand in hand with the Sports Ministry in funding the national teams.”George Amoako told Asempa FM.