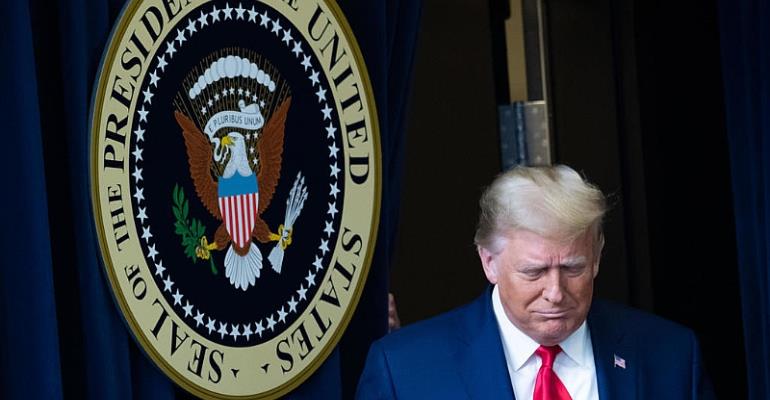 The US Supreme Court dealt the latest blow Tuesday to Donald Trump’s effort to overturn his election loss when it denied his allies’ attempt to block the certification of votes in key state Pennsylvania.

The nation’s highest court, which includes three Trump-appointed justices out of nine, and has a 6 – 3 conservative majority did not explain its decision, and none of the members expressed dissent.

More than a month since the November 3 election, Trump still refuses to concede to Democrat Joe Biden, who leads the popular vote with over seven million – and continues to make claims of fraud.

Trump and has allies have filed 51 lawsuits in several key states, winning one. The rest were defeats or thrown out by the courts.

After the case was rejected by the state supreme court, the plaintiffs turned to the national Supreme Court, asking it to freeze all electoral operations while they developed their arguments.

In dismissing the case, the Court put an end to the procedure and signaled that it is not inclined to get involved in post-election litigation.

Trump had hoped that the high court, whose bench he has tipped solidly to the right, would intervene in his favor.

In 2000, the Supreme Court halted a recount in Florida, where George W. Bush was only 537 votes ahead of Democrat Al Gore, allowing the Republican to win the election.

The Republican-led state of Texas filed another appeal Tuesday to the Supreme Court, requesting the invalidation of results in four key states, but experts were not optimistic regarding its chance of success.

Risky standoff
Meanwhile, Tuesday’s deadline for states to certify their election results, once viewed as a pivot point for Republicans to mark Biden’s win, came and went without much comment.

Increasingly, GOP lawmakers say the Jan. 6 vote in Congress to accept the Electoral College outcome may be when the presidential winner becomes official. Senate Majority Leader Mitch McConnell has signaled Jan. 20 as the certain date when the country is “going to have the swearing-in of the next president.”

The result is a risky standoff like none other in U.S. history. The refusal to agree upon the facts of the election threatens to undermine voter confidence, chisel away at the legitimacy of Biden’s presidency and restack civic norms in still-unknowable ways.