Home » Summer movie showdown: ‘The Fugitive’ vs ‘The Sixth Sense’ 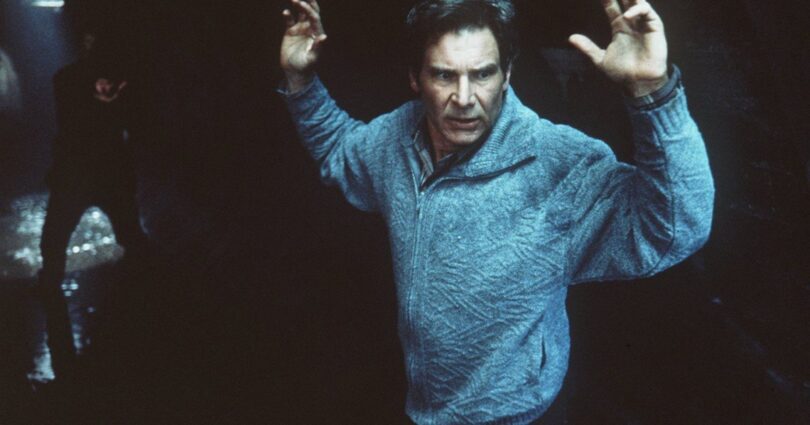 Welcome to Week 14 of the L.A. Times Ultimate Summer Movie Showdown, our 16-week contest to program the greatest summer movie season ever. Or at least since 1975, the year that “Jaws” forever changed the landscape of moviemaking, gross tallying and beach bumming forever.

To recap the rules: Each week, I present you with a list of 16 movies from 1975 to 2019, all of which were released during a particular summer time frame. You may vote for your favorites on my Twitter account, @JustinCChang; each week’s polls are posted at 5 p.m. PT Tuesday.

During exceptionally strong weeks, we will expand the field from 16 to 24, and this is one of those weeks. We’ll start by pitting the 24 films against each other in 12 head-to-head match-ups. Twelve films will compete in the quarterfinal round, then six in the semifinals, followed by a final showdown among the last three movies standing.

This Thursday, I will be hosting a live chat with Christopher McQuarrie, the writer and director of “Mission: Impossible — Fallout,” that will be streamed on the Los Angeles Times Classic Hollywood Facebook Page and YouTube, as well as Twitter.

One way to look at this week’s rich and varied 24-film lineup is as a tribute to Tom Pollock, the veteran producer and studio executive who died Sunday at age 77. During his 10-year run as chairman of Universal Pictures (from 1986-96), Pollock oversaw the releases of movies including “Babe,” “Death Becomes Her” and “Parenthood,” all of which are in contention this week. (He also oversaw “Back to the Future,” “Do the Right Thing” and “Jurassic Park,” three movies that won the Showdown in past weeks.)

There are other trends too. You could call it remake week, what with successful updates of “The Thomas Crown Affair,” “Freaky Friday” and “The Parent Trap” in the mix (along with one top-notch reboot, “Rise of the Planet of the Apes”). This is also clearly M. Night Shyamalan’s week, since it features both “The Sixth Sense,” the ingeniously plotted ghost story that turned him into a blockbuster auteur, and “Signs,” the less ingeniously plotted alien story that for some of us spelled the beginning of the end of his meteoric rise.

What else? There are three Tom Cruise movies (“Risky Business,” “Collateral” and “Mission: Impossible — Rogue Nation”) and two Bruce Willis movies (the aforementioned “Sixth Sense” and “Death Becomes Her”). There are also two Harrison Ford movies: “Clear and Present Danger” and, of course, “The Fugitive,” which I’d peg as this week’s most formidable contender. Reviewing the film 27 years ago, The Times’ Kenneth Turan wrote that it “wrings you out like a damp cloth and mercilessly hangs you out to dry” — just what we like when we go to a movie in the heat of summer.

Here are our 12 opening match-ups:

“Fright Night” (1985) versus “Weird Science” (1985)
Released the same weekend: a cult-beloved vampire tale and a John Hughes riff on “Frankenstein.”

“Parenthood” (1989) versus “Signs” (2002)
Two movies about the travails of family life, both starring Joaquin Phoenix.

“Death Becomes Her” (1992) versus “The Descent” (2006)
Two brilliant movies about women in conflict who push their bodies to the limits and beyond.

“The Fugitive” (1993) versus “Clear and Present Danger” (2004)
Between these two Harrison Ford thrillers, the edge has to go to the movie that’s just been reinvented as a Quibi series.

“Babe” (1995) versus “Rise of the Planet of the Apes” (2011)
Two movies about highly intelligent animals taking over.

“Mystery Men” (1999) versus “Guardians of the Galaxy” (2014)
Two affectionate comedies about misfit second-tier superheroes banding together to save the day.

“The Iron Giant” (1999) versus “The Sixth Sense” (1999)
Two thrilling movies about a boy, his mom and the unexpected friend who changes their lives.

How to vote: If you have a Twitter account (and if you don’t, you can sign up for one for free), you may vote in the polls I will post this week. Here’s the schedule: