Online learning, single rooms in hotels as dorms and staggered scheduling are just some of the ideas in motion for 2020’s fall semester.

Arriving on campus kick-starts a year of firsts for college freshmen, and Abbey Shea was excited about all of them. Her first introduction to new roommates who may become lifelong friends, first semester away from home, first foray into independence.

And then her Port Orange, Florida, high school postponed its graduation ceremony because of the coronavirus. Uncertainty set in, and Shea braced herself for “a new normal,” she said: a college experience far different from the social mecca she’d imagined.

“I’m trying to open myself up more,” said Shea, 18, who selected Nova Southeastern University in Fort Lauderdale as much for its diverse student population as for academic reasons. Now, she worries pandemic-related rules will smother her interpersonal goals. “I know it’s not going to be the same.”

Though Nova, a private university, has yet to publish a comprehensive outline for the fall semester, the Florida State University System’s reopening plans, approved last week by its Board of Governors, might give Shea a glimpse of what to expect.

With mask in hand, Abbey Shea says the reality of leaving her South Daytona, Florida, home to head off to Nova Southeastern University in Fort Lauderdale in the fall is not like what she’d dreamed through high school. “I know it’s not going to be the same.” (Photo: News-Journal/Nigel Cook)

Some schools will end the fall semester before Thanksgiving but forego the customary fall break in an effort to prevent students from leaving campus in October and returning with the virus. Some will stagger arrival dates, delay the start of classes to September and restrict access to residential and academic buildings.

There’s no uniform set of guidelines – health and safety measures vary by school and state – and experts say even screening every student who arrives on campus will not prevent rampant spread of the virus.

“The expectation would be that COVID-19 will run through campuses like wildfire.”

“The expectation would be that COVID-19 will run through campuses like wildfire,” said Dave Blake, an associate professor at Augusta University’s Department of Neuroscience and Regenerative Medicine. “That’s probably what’s going to happen if you don’t have really good surveillance testing procedures in place. And I don’t see universities setting those up in a way to do that and be effective.”

In a June student newspaper survey of nearly 600 new and returning students at Middlebury College in New Jersey, more than half of respondents said they were “very concerned” about how the health risk would affect their fall semester. Even more – about 65% – expressed the same level of concern about a lack of ability to see their friends in a social distancing or remote situation.

A popular student bar near the University of Central Florida in Orlando became an example of that eagerness to resume social activity – and the health risks of doing so. The Florida Department of Business and Professional Regulation announced last week that it had suspended the bar’s license after 13 employees and at least 28 customers tested positive for the coronavirus. By Friday, the state announced that bars would no longer be permitted to serve alcohol for on-site consumption.

Colleges and coronavirus: Colleges detail what it could look like for students when they reopen for fall 2020

Schools will try to discourage such gatherings when students arrive by providing information and personal protective equipment.

For instance, all University of Florida students will receive a care kit that includes hand sanitizer and wipes, face masks and education material that explains the importance of being proactive to prevent spreading the virus, according to D’Andra Mull, vice president for student affairs.

“We try to help students understand that this is a shared responsibility,” Mull said. “We have to protect one another.”

But some are still wary of returning to campus, fearing both the risk to their health and that their studies will suffer from reduced interaction with peers and professors. 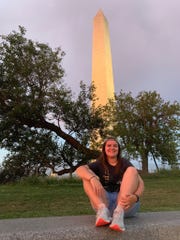 Alexis Morris, a third-year student majoring in marketing and promotions at Western Michigan University, fears colleges’ reopening plans have overlooked commuting students like herself. “It’s a scary reality. Do I really want to return to campus if we don’t have a vaccine?” (Photo: Courtesy photo)

Alexis Morris, a third-year student majoring in marketing and promotions at Western Michigan University, has considered not enrolling in upper-level courses required for her degree until she’s certain she can take them in person because she found the online learning environment to be lacking last semester.

Another disappointment followed when her summer internship was canceled. And as her school considers reopening, she fears commuters such as herself – who head home to at-risk relatives after class or, conversely, could carry the virus from their communities to the campus – have been overlooked while colleges craft their reopening plans.

“It’s a scary reality. Do I really want to return to campus if we don’t have a vaccine?” Morris said. “I’ve been on campus for a 10 a.m. class, and when it gets out there’s no way to keep people 6 feet apart.” 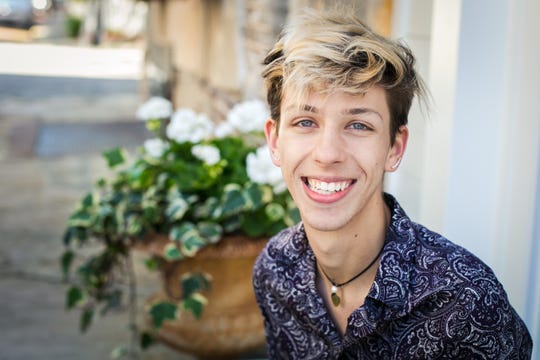 Eli Lyons, 19, a junior at Winthrop University in South Carolina, has reservations about returning to campus but feels he has no choice. “I read stories about how my generation is going into the worst job market we’ve ever seen. I want to be in a place where I have skills and some kind of certification that makes me marketable because otherwise I’m just not sure where I will fit into this world once all this blows over — if it all blows over.” (Photo: Courtesy photo Renee Lyons)

Eli Lyons, entering his third year at Winthrop University in South Carolina, has similar reservations. He just signed a lease for an apartment near campus with no guarantee of a refund if the school cancels in-person classes. And as an English major who plans to add a political science major, he feels group engagement is a part of the learning experience that can’t be mimicked online. Yet he feels compelled to continue his education uninterrupted.

“I read stories about how my generation is going into the worst job market we’ve ever seen,” said Lyons, 19. “I want to be in a place where I have skills and some kind of certification that makes me marketable because otherwise I’m just not sure where I will fit into this world once all this blows over — if it all blows over.”

“It feels like signing up to jump into a mosh pit and watch each other go down one by one.”

He also worries about living close to peers who may be less diligent about wearing masks and safe hygiene. “It feels like signing up to jump into a mosh pit and watch each other go down one by one,” he said. “That’s cynical, but the reality is I’m going back to school and I’m going to see people get sick.”

The virus’ proliferation on school grounds is inevitable, according to Blake, the Augusta neuroscience professor.

To stymie the spread, schools need to test students every few days, especially at the semester’s start, to account for false negatives and the potential for tests being administered to an infected person before symptoms set in. Schools that screen students just once upon their return to campus will miss one-fifth of infections, he said.

In the absence of rigorous testing, he proposed a scenario in which 80% of campus populations become infected – an especially dire forecast for faculty over 50.

“If you’re a 60- or 70-year-old faculty member –and we have many of those (at Augusta) – you’re looking at something like a 4% chance of dying,” said Blake, 52. “It doesn’t give you that warm, fuzzy feeling that everything’s going to be OK.”

Jonathan Swindell, CEO of HBCU Hub, an app that links Black students with recruiters at historically Black colleges and universities, noted that as the African American community has suffered significantly from the coronavirus, HBCUs in particular must make student safety paramount.

Of the reopening plans released by those schools, Swindell said, “I do believe they are sufficient – they just have to be met. HBCUs cannot have a laissez-faire attitude about ensuring they meet these guidelines.”

HBCU Hub’s internal research indicates a trend toward Black students considering a gap year between high school and college as well as a decrease in students willing to attend school out of state. 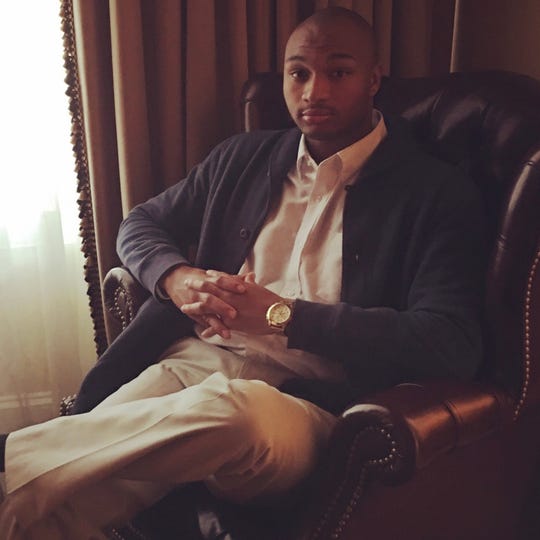 Jonathan Swindell, CEO of HBCU Hub, an app that links Black students with recruiters at historically Black colleges and universities, said HBCUs must make an extra effort to ensure student safety because the Black community has been affected disproportionately by the coronavirus. (Photo: Courtesy photo)

Fred Douglas, a New Jersey high school counselor for 31 years, has noticed a similar pattern. As coronavirus cases dwindle in New Jersey, recent high school graduates are hesitant to head to college campuses in states that have become hotspots.

“Local community colleges in our area are anticipating late summer surges in their enrollment,” said Douglas, the new president of the New Jersey School Counselor Association. “Students may want to commute, go closer to home. And if it’s going to be an online experience, they may not want to pay out-of-state tuition rates.”

While some students have delayed decision-making for now, Shea, the freshman at Nova Southeastern, has her preliminary plans settled. She spends her summer days searching for a silver lining to the crisis that has upended her college expectations.

“I felt like everything was pitted against me, even though there’s so much going on in the world right now that I know it’s not,” Shea said. “We’ll get through this, we’ll go to college, we’ll experience things. It may be difficult now, but it will get better.”