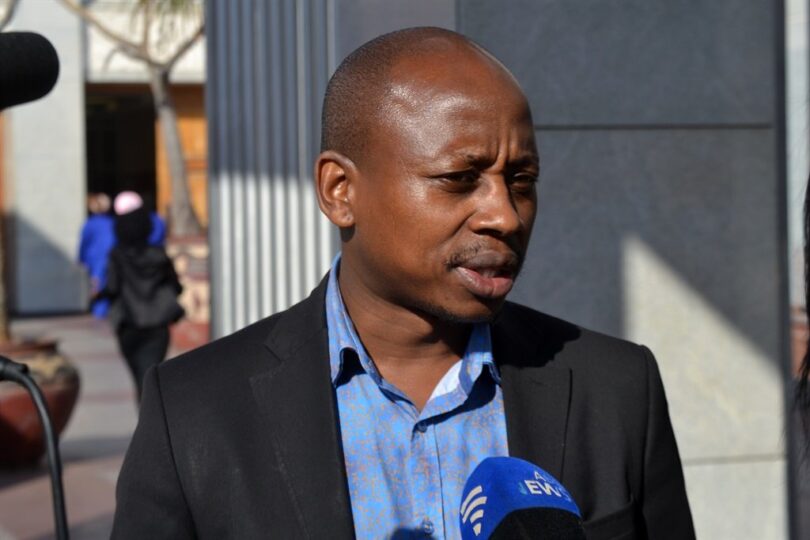 Lungisa, who served two months of a two year sentence for assaulting a fellow Nelson Mandela Bay councillor, said party leaders needed to tell Ramaphosa to stop the prosecution against his predecessor.

The former president added to his legal woes when he staged a “walk out” at the Zondo commission on state capture after the chair refused to recuse himself as per Zuma’s application.

Zuma also faced charges of fraud and corruption, dating back to the so-called arms deal of the 1990s.

Deputy Chief Justice Raymond Zondo indicated that he would lodge a formal criminal complaint against Zuma for absconding from the judicial inquiry last month.

“We need to maintain national unity, where we are saying, a person who is a former president, a former leader, we need to make sure they don’t harass. We give them space with their own families, with their own grandchildren without interrupting them.”

Lungisa made these remarks at a media briefing shortly after his release.

The Department of Correctional Services (DCS) said he had been placed on parole with effect from 1 December.

“This parole placement means that Lungisa will serve the remainder of the sentence in the system of community corrections, wherein he will be expected to comply with a specific set of conditions and will be subjected to supervision until the sentence expires,” said DCS spokesperson Singabakho Nxumalo.

Lungisa was granted bail by the Eastern Cape High Court in Makhanda on 25 September, pending the outcome of his application for leave to appeal his incarceration before the Constitutional Court, News24 reported earlier. However, he opted to stay in prison to finish the programmes he had started, in contradiction with him maintaining his innocence and his reasons for approaching the Constitutional Court to appeal his sentence.

Lungisa said the CR17 campaign happened while Ramaphosa was on record speaking against ANC members buying and using money to influence the outcomes of the ANC’s Nasrec elective conference.

He said his next task would be mobilising communities against one common purpose – of “liberating the economy from the minority”.

He added that a special conference must be held before the party’s national general council with community leaders involvement to discuss economic transformation.