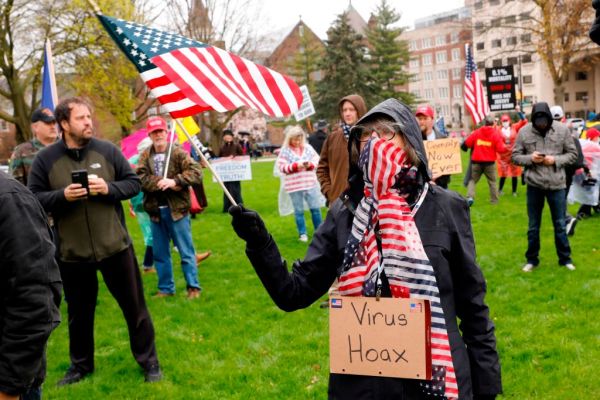 Questionable stories on COVID-19 from state-backed outlets in Russia, China, Turkey, and Iran are being shared more widely than reporting by major news organizations around the world, according to Oxford analysts. French German, Spanish and English news sites see far less social engagement than these foreign-originated ones in their languages.

The study is part of ongoing monitoring of COVID-19 disinformation campaigns by the Computational Propaganda Project. The group found that major outlets like Le Monde, Der Spiegel, and El Pais are being outshared four or five to one in some metrics by content from Russia Today, China Radio International, and other state-backed organizations.

Earlier reports focused on English-language sharing of this type of media, which can be generally described as act-adjacent with a strong emphasis on certain narratives. The repeated finding was that although mainstream news outlets have an overall stronger presence, state-backed and junk news is way ahead in engagement per post or article. In the latest report it is shown that on average, mainstream articles collect about 25 engagements per post, while state-backed items get 125. When multiplied by millions of users and followers, that becomes an enormous discrepancy.

There is more nuance to the data than that, of course, but it gives a general idea of what’s happening: disinformation is being spread widely, whether by bots or organic reach, while ordinary news sources only reach a similar amount of people through more output and wider initial reach. It wasn’t, however, clear whether this was the case outside English-language media.

It certainly seems to be, according to data collected over three weeks from a variety of news sources. Mainstream media had a larger overall reach but state-backed media often produced far higher engagement per article. This is perhaps explained by the fact that the state-backed organizations tended to pursue and push controversies and divisive narratives. As the study puts it:

That sort of clickbait spreads like wildfire on social media, of course, and few of those who thoughtlessly hit that share button will have the inclination to check whether the source is a government-backed news agency plainly attempting to sow discord.

On the other hand, it seems as if some consider turnabout fair play. For example: a Chinese state-backed news countering the flourishing U.S. conspiracy theory that the virus is a Chinese bioweapon with a counter-theory that it is a U.S. bioweapon released in and blamed on China.

“Many of these state-backed outlets blend reputable, fact-based reporting about the coronavirus with misleading or false information, which can lead to greater uncertainty among public audiences trying to make sense of the Covid-19 pandemic,” said Oxford’s Katarian Rebello in a news release.

The countries and state-backed outlets mentioned also have a major presence in Arabic language markets and the researchers are working on a follow-up study inclusive of those.