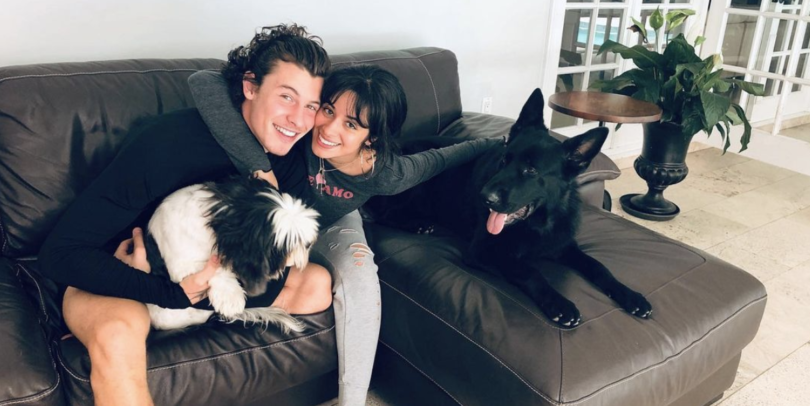 Shawn Mendes is on a press tour for his upcoming album Wonder and Netflix documentary In Wonder. His latest stop? The cover of VMAN, where Mendes was interviewed by Elton John for the magazine’s cover story. And of course, Mendes spoke about Camila Cabello and their relationship, continuing his new practice of talking openly about their love and how it has changed him to the core.

To John, Mendes revealed exactly how long they’ve been dating now (“Almost a year and a half. We’ve known each other for like, six or seven”) and how she changed his relationships with everyone else in his life.

Mendes admitted that Cabello has a “very” calming influence on him. “You know what it was more than anything?” he continued. “I don’t know if it was something that was a ‘me thing’ or a ‘men thing,’ but I think for seven years, I was on such a speedy path down one way with blinders on, and I wasn’t keeping in touch with my family and friends…but when I landed with Camila, immediately she had her family around more. [She’s] all about the family and friends, and it really made me like, ‘Oh, I should call my mom.’ I started reaching back out to my family and friends and all of these connections I felt were further away…I felt a little bit alone out there and she changed that for me.”

He also spoke about how she influenced his music on the album, even before they were dating. “There is a song on the record called ‘Song for No One,'” he started when asked what his favorite song was off Wonder. “I wrote it three years ago, and it was before any conceptualization of this album. It was after three days of striking out, and we gave up the room. I started playing this really eerie guitar part, super small. The whole thing is really sad; [I was] not with Camila at the time. I was a little hungover and wishing I was with her. The producer I was with was like, ‘Okay, keep this, I have this grand idea for it.’ Next thing I hear, it goes from this beautiful minor progression string swell to this massive ’60s fill, and opens up into a major progression with horns and string and harp parts, and it’s like the drops open…I don’t know what it is about that one, but that one, in particular, gets me.”