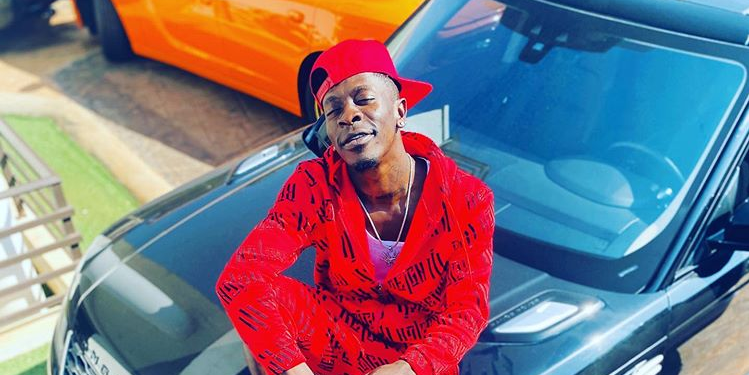 Popular dancehall artiste, Charles Nii Armah Mensah, known in showbiz as Shatta Wale, has denied assaulting a road contractor and his employees working on a stretch of road at Adjirigano in Accra.

The musician has been accused of sending a number of young men to beat up the contractor and his workers for refusing to extend construction works to the road in front of his office which is untarred.

But in an interview on Accra-based Hitz FM, the artiste clarified that he only asked his team members to stop the work by the contractors which had inconvenienced him.

“I got out from my car and asked who was in charge because they were putting bitumen on the already tarred road, but some workers said I should not be given attention. But I insisted that I am a citizen and I need to see who was in charge. So I asked them to stop work, so that I see the contractor”, Shatta Wale further explained.

In some the media reports, Shatta Wale is said to have insisted that the project which is located along the American House-Potbelly stretch be included in the project design, but got furious when he was told that his demands cannot be met.

Shatta Wale then stormed the construction site on Monday where he allegedly assaulted the project engineer and some other workers, a claim he has denied.

“If some of them [construction workers] proved stubborn, and they were pushed by my boys, it wasn’t me because I never asked anyone to beat the workers.”

In the meantime, Republik City News has learnt that an official complaint about the incident has been lodged at the East Legon District Police Command.