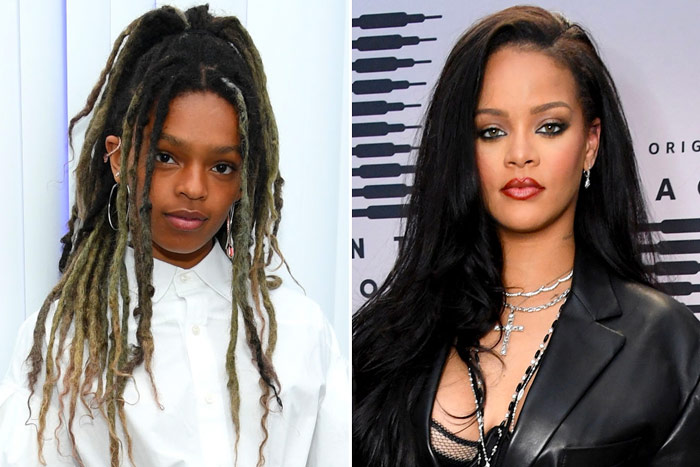 Rihanna wowed fans with her stunning Savage x Fenty Vol. 2 show earlier this month, but not everyone was impressed.

Model Selah Marley said she feels “robbed” after noticing similarities between her 2019 installation “A Primordial Place” and the latest iteration of Rihanna’s dreamy fashion show.

Taking to Instagram on Thursday, the 20-year-old daughter of Lauryn Hill and Rohan Marley expressed her frustrations. “Quite a few friends brought this up to me & I wasn’t gonna say anything about this, but I’m bothered,” wrote Selah. “For those who remember, I did ‘A Primordial Place’ in May 2019.. I put my heart & soul (& all the money I had) into this project and…. I don’t know. Is it just me?”

She went on to accuse Rihanna of stealing her concept. “As a young, independent, female black artist, I genuinely feel robbed,” said Selah, who attended Rihanna’s Savage x Fenty show in 2018. “I’m not signed to any label.. I don’t have any investors. I just have myself & the people who support me. It took A LOT to pull this together & to see it replicated almost exactly with no mention of my name or the work I previously put in is just ridiculous.”

She shared photos from her installation, which she described as a “blacklight jungle circus,” and Rihanna’s plant-filled Savage show and asked her followers for their thoughts. “Looks the SAME to me that’s why as a creative I’m so afraid to share my talents online in fear that someone else will steal it and get the recognition,” said one supportive fan.

Others were quick to dismiss her claims. “multiple people have done this concept before you and rihanna,” commented an Instagram user, while another added, “Girl Rihanna copied herself from the 2018 show just calm down.”