Home » See the Handmade Card Prince George, Princess Charlotte, and Prince Louis Made for the Queen 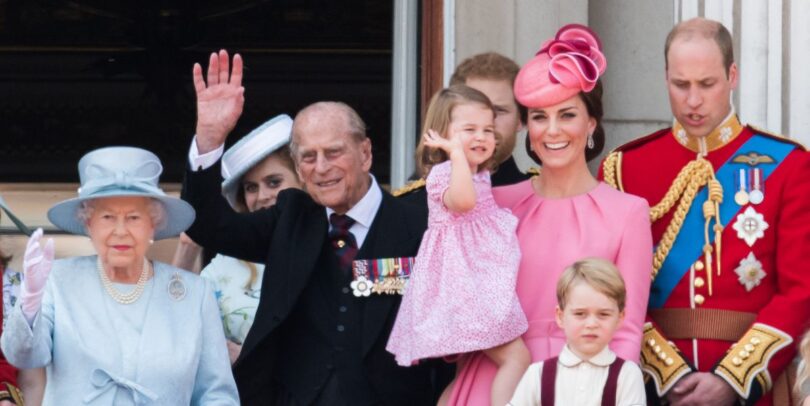 Kate Middleton and Prince William gave the public a rare glimpse at their children’s creative side, sharing a close-up photo of the colorful handmade card that Prince George, 7; Princess Charlotte, 5; and Prince Louis, 2, made for their great-grandparents Queen Elizabeth II and Prince Philip. The Queen and Duke are celebrating their 73rd wedding anniversary.

“Wishing a very happy wedding anniversary to Her Majesty The Queen and His Royal Highness The Duke of Edinburgh!” Kate and William wrote on their Twitter, showing off the photo of the Queen and Duke looking at their kids’ card and a closeup of the children’s work.

This isn’t the first glimpse this year that Kate has given of her children’s crafty side. Her birthday portraits of Prince Louis featured him playing with rainbow finger paint. “Sharing a sneak peek of Prince Louis’ handiwork ahead of his second birthday! 🎨” the Kensington Palace Instagram account captioned the shot. “The Duke and Duchess of Cambridge are pleased to share new images of Prince Louis, taken by The Duchess this April.”

Earlier this week, Us Weekly ran a report where a source discussed Kate’s off-duty life and what the royal kids are like now. “Family means everything to the mom of three, and one of her biggest worries about the future is not being there for George, Charlotte, and Louis,” the source said. “George is well-behaved. All the kids are, but Charlotte and Louis both have a cheeky streak. Louis is more like Charlotte in personality than George!”

The Duchess of Cambridge discussed her life in quarantine with the kids during a BBC interview in April. “Children have got such stamina,” she said. “I don’t know how, honestly. You get to the end of the day and you write a list of all the things you’ve done in that day. You’ve pitched a tent, take the tent down again, cook, bake, you get to the end of the day. They’ve had a lovely time. It’s amazing how much you can cram into one day, that’s for sure.”