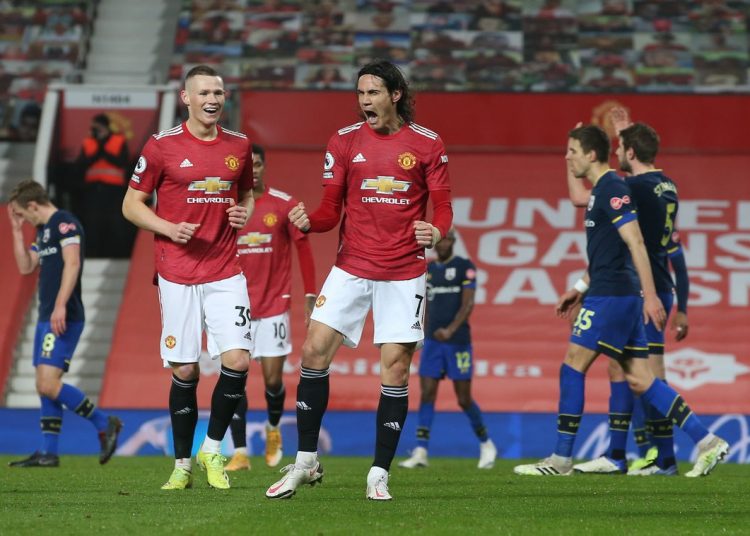 Man Utd were in imperious form as they tore Southampton apart at Old Trafford on Tuesday night, picking up a 9-0 win over the Saints.

Southampton’s Alex Jankewitz was sent off in the second minute, with United making the most of their advantage and going to town on the Saints, putting four goals past keeper Alex McCarthy before the break.

Defender Aaron Wan Bissaka put the Red Devils ahead after 18 minutes, with Marcus Rashford and Edinson Cavani scoring either side of a Jan Bednarek own goal.

Strikes from Anthony Martial and Scott McTominay put United 6-0 up in the second half before Bednarek’s evening got even worse as he was sent off for a foul in the box.

The win takes United level on points with Man City at the top of the Premier League although City have two games in hand.

Southampton have now lost 9-0 twice in the last two seasons after being thrashed by Leicester City in October 2019.

Take a look at all the goals below:

🎥 Sit back, relax and enjoy all the best bits from a memorable night at Old Trafford.