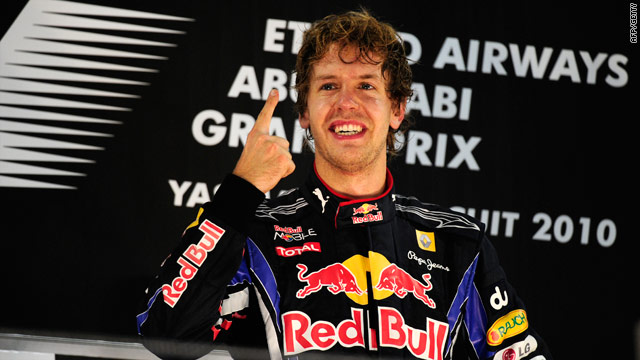 Four-time world champion Sebastian Vettel is to retire from Formula 1 at the end of this season.

The 35-year-old said the decision had been “difficult” and that he had “spent a lot of time thinking about it”.

The German said he would “take more time to reflect on what I will focus on next” at the end of the year. He said spending more time with his family was a priority.

Vettel will leave the sport as one of the most successful drivers in history.

Only Lewis Hamilton, Michael Schumacher and Juan Manuel Fangio have won more world titles than Vettel, and only Hamilton and Schumacher have more than his 53 race wins.

He added: “Today is not about saying goodbye. Rather, it is about saying thank you – to everyone – not least to the fans, without whose passionate support F1 could not exist.”

Vettel, who won four consecutive drivers’ titles with Red Bull from 2010 to 2013, said he had “really enjoyed” his time with Aston Martin in 2021 and 2022, adding: “Although our results have not been as good as we had hoped, it is very clear to me that everything is being put together that a team needs to race at the very highest level for years to come.

“I hope that the work I did last year and am continuing to do this year will be helpful in the development of a team that will win in the future, and I will work as hard as I can between now and the end of the year with that goal in mind, giving as always my best in the last 10 races.”

Aston Martin had wanted to keep Vettel next season, but he decided he wanted to step away from the sport.

In recent years he has become an outspoken campaigner on social and environmental issues.

Vettel has always eschewed social media, but he launched an Instagram account on Thursday just before his retirement announcement, with his biography there describing him as “public figure”.

In a video on the account, he said of his retirement: “My best race is still to come.”

Aston Martin have made no announcement about a replacement for Vettel next season.