Home » Schoenberg, ‘Pierrot Lunaire’ and music for a mad world 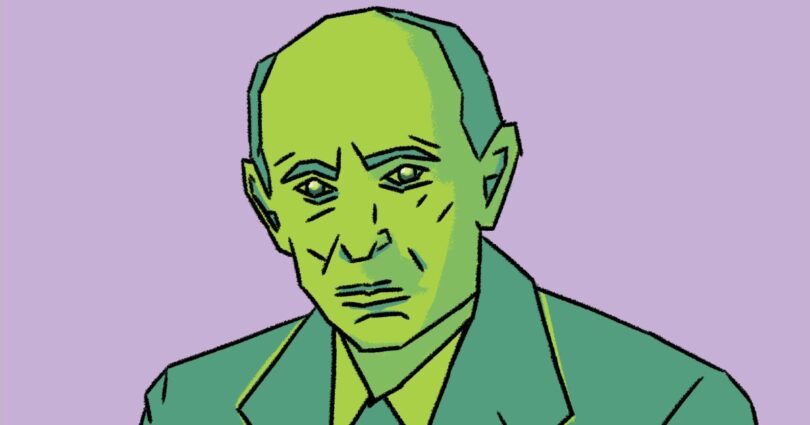 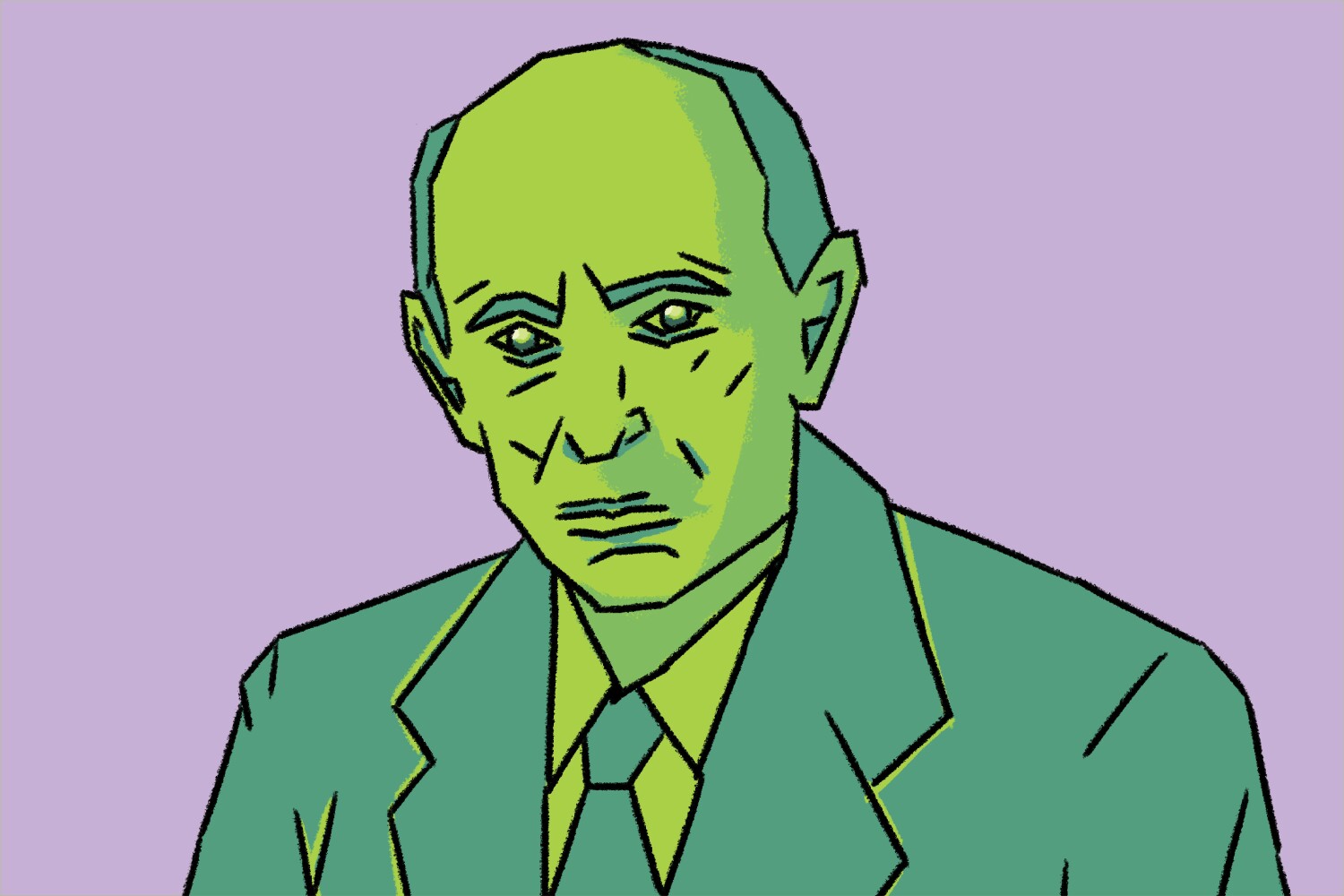 Isn’t it rich? When the going gets inexplicable, we send in the clowns.

On Oct. 16, 1912, a clown-costumed actress, Albertine Zehme, took part in a “metamusical evening” in Berlin. Partaking of words as “inner experiences” in a new kind of sung-speech, she intoned 21 fantastical poems about the moon-drunk, lascivious Pierrot, that lunatic stock character from 17th century Italian theater. It was the premiere of Schoenberg’s “Pierrot Lunaire,” the composer’s music-changing announcement that the world had gone mad and that the time had come to send in the damn clowns.

This was not altogether unexpected, but its inevitability made the radicalization of 20th century music only all the more shocking. Schoenberg, 38, had been, piece by rapidly produced piece, pushing the bounds of music further than ever before dared. With “Pierrot Lunaire,” as far as scandalized contemporary critics were concerned, a hallowed art form, the soul of European civilization, was on the sure track to self-destructive anarchy.

Eight days before the “metamusical evening,” the first shots of the First Balkan War were fired, a destabilized Europe prepping for the First World War. With the Continent on the brink between the Old World and all that the 20th century would portend, only a crazy clown would do. Schoenberg’s “Pierrot” distills this angst into a heightened state of dread and exhilaration.

The character of Pierrot, indeed, has long been a faithful companion for trying times, capable of providing escape as well as a dose of reality. The dim-witted buffoon of commedia dell’arte, pining for his Columbine but outwitted by Harlequin, became the formula for the classic love triangle in opera and theater. As for the modern clown, that was Joseph Grimaldi‘s doing. He designed Pierrot’s clown costume, then added the greasepaint and red nose, becoming in the process an immensely popular 19th century entertainer.

The rest is continuing history.

Clown metaphors have become commonplace in political commentary. Just the other day, as the outgoing president’s legal counsel attempted to overthrow an election without evidence of fraud, what appeared to be hair coloring ran unceremoniously down his face. The farcical image that went viral was of a former New York mayor, and lover of Italian opera, appearing as a pagliaccio.

Indeed, Leoncavallo’s popular verismo opera, “I Pagliacci” (The Clowns), was part of the era’s cult of morbidity that inspired French symbolist Albert Giraud’s “Pierrot” poems that Schoenberg adopted, in German translation, for his texts.

Schoenberg’s “Pierrot Lunaire” was instantly recognized as a key work that captured its era’s zeitgeist, and it has never lost its unnerving relevance. These “three times seven” songs, as the numerologically superstitious Schoenberg labeled them (“Pierrot” was his Opus 21), follow Pierrot through a nightmarish atmosphere of implacable desire, grotesque sacrilege, outrageous violence and revolting nostalgia. Sound familiar?

This is not an easy piece. Schoenberg notates pitches and rhythms in the vocal part, written for the range of mezzo-soprano, but draws a line through the stem of each note. The composer was inconsistent over the years about the degree to which a soloist puts her emphasis on speech or singing, but his very choice of Zehme meant he clearly favored theater. “I demand not freedom of thought,” the actress liked to say, “but rather freedom of sound.”

On the other hand, Schoenberg insisted that the instrumental quintet — piano, flute (or piccolo), clarinet (or bass-clarinet), violin (or viola) and cello — is of, at a minimum, equal importance to the vocalist, and he had no problem with the instruments drowning her out. The songs sometimes harken back to classical forms (such as polka, waltz and barcarole) and employ classical techniques (including passacaglia, fugue and canon). Studies have been made on the influence of Bach.

But the impression is that whatever is recognizable from the past has disintegrated into figments of a foggy memory. Just as Schoenberg sweeps away the tradition of bel canto singing in the vocal part, he vacuums up tonality. Phrases are fragments. Rhythms, highly irregular. The counterpoint can be alarmingly complex. Musical forms provide little to hang onto. Every song uses different combinations of instruments, leaving the sound world ever in flex. Comprehending the musical logic requires expertise. An ability to think in four or five dimensions helps.

Even the text is obscure. Who is the singer? She’s not Pierrot, although Zehme dressed like him, and many a soloist has followed in that tradition. She’s not Columbine, although at times she sounds like she might be. She’s not the narrator, although she narrates. Giraud’s imagery is fanciful in the extreme, and it goes by far too fast to put much of anything together.

And yet, all of that gives “Pierrot” an arresting dramatic immediacy. A tipsy repeated piano figure at the beginning, along with ticking violin and a flute flying off the mark is Pierrot losing his sense in the moonlight. Flute, clarinet and violin playing with no vibrato are as pale white in timbre as the washerwoman’s arms they describe. Creepy, crawly gigantic butterflies blot out the shining sun with the help of a creepy, crawly bass clarinet.

It might not seem possible to heighten the terror of Pierrot boring a hole in Columbine’s skull, filling it with an excellent Turkish tobacco and smoking that contently through a straw. Schoenberg demonstrates that it is. The barcarole that sentimentally takes Pierrot home back to Bergamo, with a moonbeam for a rudder and a water lily for a boat, gets its sinister, otherworldly wind for its sails from the full quintet up to its eerie tricks.

Seven months after the “Pierrot” premiere came the riotous one in Paris of “The Rite of Spring,” robbing “Pierrot” as the signifier of a musical revolution. “The Rite” followed Stravinsky’s 1911 ballet, “Petrushka,” the Russian Pierrot, here a lovelorn puppet with a heart. The score of “Petrushka” is brilliant. The dance, sentimental. “The Rite,” as ballet, has less sentiment, less heart and even less relevance to its time and place. Its score, for all its rhythmic genius that has made it well-deserved standard repertoire, offers a kind of exotic escapism, the shock value long since defused. “The Rite” is what it is.

“Pierrot” is not necessarily what it is. Each performance is an opportunity to invent its dramatic intent anew and restore shock. The peculiar quintet of instruments has been adopted by ensembles and composers everywhere. Pierrots pop up where you might least expect them. In his study of Jean-Luc Godard, Richard Brody describes the 1965 film “Pierrot le Fou” in terms that could just as easily apply to Schoenberg. He notes that this “Pierrot” brought the great French director’s “devotion to classical cinematic forms to a spectacular end, and began a set of works marked by a hysterical, self-flagellating despair.”

Thanks in no small part to Schoenberg’s “Pierrot Lunaire,” the joker, on the concert or lyric or political stage, as well as the silver screen, remains wild.

Schoenberg made the first recording of “Pierrot Lunaire” — the only one during his lifetime — in Los Angeles in 1940. The singer is an emotionally extravagant Erika Stiedry-Wagner, who fought with the composer over miking. He wanted more instrumental prominence; she told him he was crazy. The balance in the end is perfect. Look for it it on YouTube.

After Schoenberg’s death in 1951, recordings of “Pierrot Lunaire” started coming out regularly. Pierre Boulez recorded it three times — variously strident, stellar and sumptuous in 1962, 1978 and 1998 — each superb.

The striking German actress Barbara Sukowa has made a specialty of “Pierrot,” and her Salzburg Festival performance is the subject of an excellent documentary.

Violinist Patricia Kopatchinskaja dresses as Pierrot as she both sings and conducts members of the Berlin Philharmonic. The performance can be found on the orchestra’s digital concert hall.

An informative lecture/demonstration of “Pierre Lunaire” from Wigmore Hall in London has been posted on YouTube.

With live concerts largely on hold, critic Mark Swed is suggesting a different recorded music by a different composer every week. You can find the series archive at latimes.com/howtolisten, and you can support Mark’s work with a digital subscription.