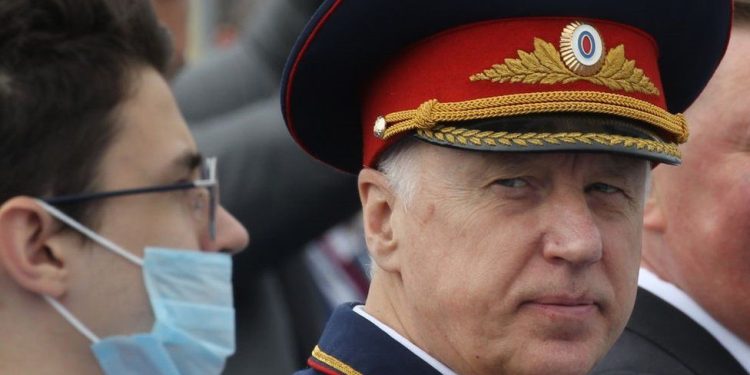 Moscow has charged 92 members of the Ukrainian armed forces with crimes against humanity, the head of Russia’s investigative committee has said.

He also proposed an international tribunal backed by countries including Iran, Syria and Bolivia – traditional allies of Russia.

Ukraine is also conducting its own war crimes investigations.

As well as the 92 who have already been charged by Russia, some 96 people, including 51 armed forces commanders, are wanted, Mr Bastrykin said.

The Ukrainians were involved in “crimes against the peace and security of humanity”, he told the newspaper.

The BBC has been unable to verify claims made in the interview and Kyiv has not commented.

But this month, Ukraine said it was examining more than 21,000 war crimes and crimes of aggression allegedly committed by Russian forces since the start of the invasion in February.

And in May, the first war crimes trial since the invasion began took place in Ukraine, where a court jailed a Russian tank commander for life for killing a civilian.

The International Criminal Court (ICC), which has described Ukraine as a “crime scene”, has also sent a team of investigators and forensics experts to Ukraine.

The Kremlin denies all war crimes, or that it has been targeting civilians. It has regularly blamed Ukraine for shelling its own infrastructure and killing its own civilians – accusations which have been widely dismissed by international leaders.

When asked in the interview whether a UN-backed trial could take place, Mr Bastrykin accused the West of openly sponsoring “Ukrainian nationalism” and said such a thing “is extremely doubtful”.

Moscow has repeatedly made the false claim that Ukraine is overrun by neo-Nazis as justification for what it calls a “special military operation”.

Mr Bastrykin instead proposed that an international tribunal should be set up with countries that have “an independent position on the Ukrainian issue” – in particular Syria, Iran and Bolivia.

Syria and Iran both voted against a UN resolution in March condemning Russia’s invasion of Ukraine, while Bolivia abstained.

Along with hundreds of Ukrainian military and political targets, Mr Bastrykin said investigations are under way into Ukrainian health ministry employees who he accused, without providing evidence, of developing weapons of mass destruction.

Suspected mercenaries from the UK, the US, Canada, the Netherlands and Georgia are under investigation, he told the newspaper.

In June, two Britons and a Moroccan who were captured while fighting for Ukraine were sentenced to death by a Russian proxy court in eastern Ukraine.

Aiden Aslin, Shaun Pinner and Brahim Saaudun are accused of being mercenaries, but the Britons’ families have insisted they are long-serving members of the Ukrainian military.