Rosario Dawson and her family sued over alleged transphobic assault 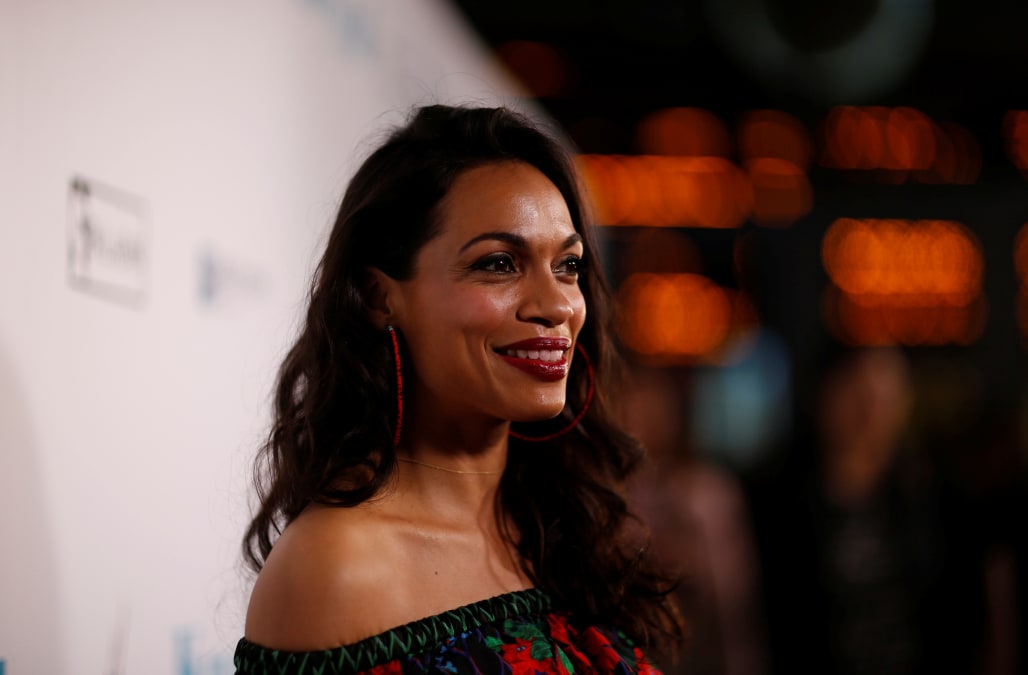 A transgender man alleges that actor Rosario Dawson and her family subjected him to transphobic harassment and violent abuse, according to a suit filed in a Los Angeles court.

The suit, filed Friday, alleges that Dawson and three members of her family violated Dedrek Finley’s civil rights by discriminating against him for his transgender status. The suit seeks damages for that as well as battery, assault, emotional distress and several other allegations.

Neither the family’s lawyer, Alan Kossoff, nor representatives for Rosario Dawson immediately responded to NBC News’ request for comment.

According to the suit, Finley, 55, moved from Beacon, New York, to Los Angeles in December 2017 to work as a handyman for the Dawson family and “renovate and remodel Rosario’s personal residence,” which promised him consistent work. He later moved into a North Hollywood home rented by the family and soon after came out to them as transgender, telling the family that he would now be known as Dedrek and use he/him pronouns.

“Instead, in response to Mr. Finley’s complaints, Rosario would respond to Mr. Finley, ‘You’re a grown woman,’” despite the fact that Finley had come out as transgender to the family.

The suit alleges that in February of last year, just months after coming out, Finley was ordered to move out but refused to because there was no legal grounds for his eviction.

On April 28, 2018, Finley alleges that the family worked together to assault him. Isabel Dawson, Rosario’s mother, allegedly dragged Finley by his arm out of a window and then attacked him.

Related: Rosario Dawson out and about

Rosario Dawson out and about

NEW YORK, NY – MAY 25: Rosario Dawson attends ‘Like One Of Your French Girls’ book signing – release party at The New York Edition Hotel on May 25, 2017 in New York City. (Photo by Chance Yeh/Getty Images)

NEW YORK, NY – MAY 24: Rosario Dawson visits the Build Series to discuss her work with the Lower Eastside Girls Club at Build Studio on May 24, 2017 in New York City. (Photo by Dia Dipasupil/Getty Images)

NEW YORK – MAY 24: Rosario Dawson seen out in Manhattan on May 24, 2017 in New York, New York. (Photo by Josiah Kamau/BuzzFoto via Getty Images)

“Once Mr. Finley was lying helpless on the ground outside, Isabel, who is substantially larger than Mr. Finley, got on top of Mr. Finley’s body and began punching him,” the suit states. “While beating Mr. Finley, Isabel screamed, ‘You’re not so much of a man now,’ which was a clear and denigrating reference to Mr. Finley’s gender identity.”

The suit alleges Rosario Dawson assisted in the assault by sitting on top of him and “actively restraining him while he was on the ground to ensure that her mother could continue battering him.”

Isabel Dawson also allegedly threatened to kill Finley’s cat if he did not move out and stomped on his hand during the attack and stole his cellphone, which Finley alleges contains video of the previous threats made against him.

A day after the alleged attack, Finley was granted a temporary restraining order against Isabel Dawson, according to the suit.

Tasha Alyssa Hill, an attorney representing Finley, told NBC News that her client had no choice but to sue the Dawson family.

“As his attorney, we have reached out numerous times to the Dawson family attorney seeking to resolve this before having to file suit,” Hill stated. She said after receiving no response The suit was filed last week before the statute of limitations expired.

Hill affirmed the lawsuit’s allegation that the Dawson family’s treatment of Finley was due to his gender identity.

“When he came out to California and decided to come out to them as a transgender man, that’s when things started going south,” Hill added.

“He just wants to get some sort of compensation, so he can get back on track with his life so he can put this incident behind him,” Hills said.