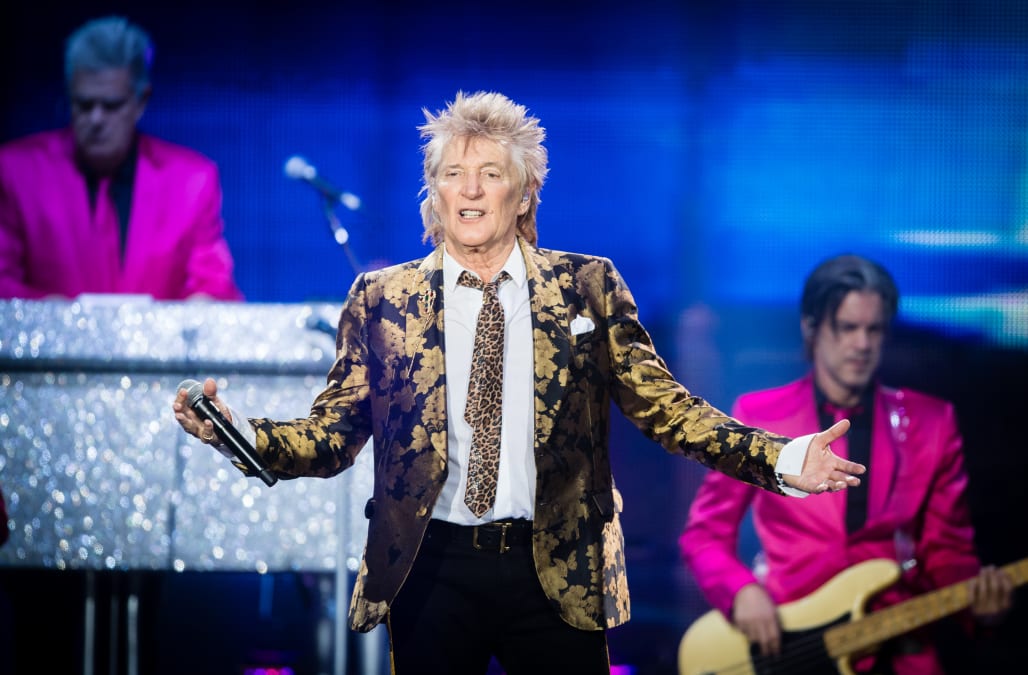 Rod Stewart and his son Sean are facing charges after a New Year’s Eve altercation with a security guard at Palm Beach, Florida, resort.

A security guard who was working a private party in the children’s area at The Breakers resort told police that when denied access, a group “began to get loud and cause a scene and refused to follow his instructions and leave,” according to a probable cause affidavit.

Rod Stewart, 74, told police he and his family approached the check-in table and attempted to get the children in their group into the private area but were denied, according to the affidavit. Afterward, he said, the security guard became argumentative, which caused Rod Stewart and his group to become agitated, the affidavit states. The musician apologized for his behavior, according to the document.

Related: Rod Stewart through the years

Rod Stewart through the years

LONDON – 6th MAY: Vocalist Rod Stewart from Faces performs live on stage at the Roundhouse in London on 6th May 1972. (Photo by Fin Costello/Redferns)

Rod Stewart, accompanied by his wife Rachel Hunter, poses for photographers after announcing his British tour on March 21, 1991. REUTERS/Jonathan Bainbridge

British singer Rod Stewart and girlfriend Penny Lancaster pose as they
arrive as guests at the 15th annual Carousel of Hope Ball October 15,
2002 in Beverly Hills. The ball is the world’s premiere gala benefiting
research in childhood diabetes and is hosted by Barbara and Marvin
Davis. REUTERS/Fred Prouser

Two female employees who were working the private event told police they witnessed Sean Stewart push the guard and saw Rod Stewart punch him in the chest, the affidavit states. Both women submitted sworn witness statements.

Video footage from the resort depicted the altercation and revealed Sean and Rod Stewart “as the primary aggressors,” the affidavit states.

The footage shows “evidence that Roderick Stewart did intentionally strike” the victim against his will, according to the affidavit.

Sean and Rod Stewart are both accused of simple battery. They were issued notices to appear in Palm Beach County Criminal Justice Complex on Feb. 5.

They did not immediately return a request for comment Friday.

Endorsed by Reese Witherspoon, this debut novel could be the book of 2020