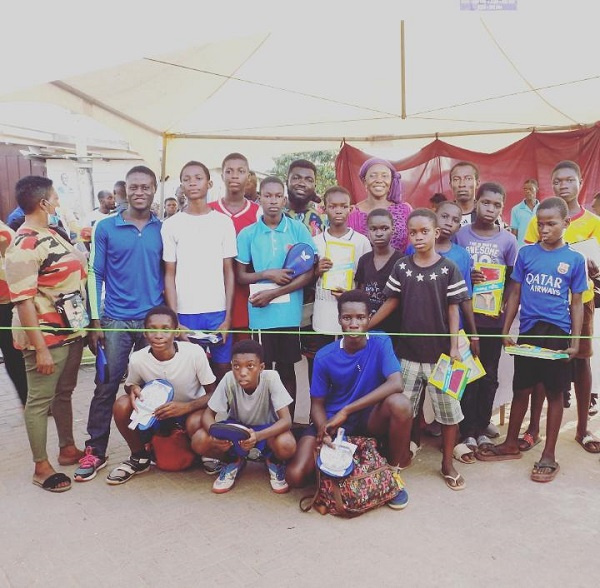 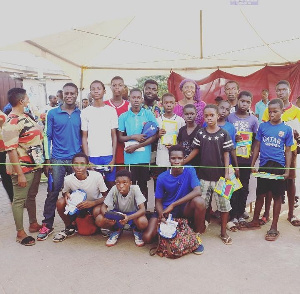 Sports as a youth empowerment tool has been one of the major policies adopted by developing countries like Ghana to combat the endemic youth employment in recent years.

Successive governments in Ghana have gone this route in some communities to uplift the youth and make them earn incomes on their passions.

Due to the efficiency of this policy over the years, the youth of La will be next in line to benefit from empowerment through sports.

In her bid to recapture the La Dadekotopon seat for the National Democratic Congress (NDC) in the upcoming December 7 polls, Rita Naa Odoley Sowah, the Parliamentary Candidate of the NDC, identifies the essence of sports as a way to empower the youth and as a job creation tool as well.

But for her, should she win, the attention of her administration will shift a little from football, which is prevalent in the constituency, to what is widely known as a ‘lesser-known sports’: table tennis.

To show her commitment to this cause, a three-day table tennis competition was organized by her campaign team at the La Nmati Jaanor recently for the youth.

The tournament, which was in partnership with the Ghana National Table Tennis Association, featured children in the U-12, U-15, and adult categories.

As part of the policy to use sports as a tool to develop the youth, Rita Naa Odoley Sowah as MP for Dadekotopon will establish table tennis clubs in all the electoral areas in the constituency and schools as well. This will not end there as periodic tournaments will be held to scout for talents that will be supported to compete in nationally held tournaments.

This was reiterated by Mr Mawuko Afadzinu, President of the Ghana National Table Tennis Association at the event. He recounted the number of table tennis champions that have come from La Dadekotopon over the years.

He also emphasized how important the setting of table tennis clubs as proposed by Rita Naa Odoley Sowah will help revive the sport and bring it to the fore of Ghanaian sports.

Mr Afadzinu pledged to donate table tennis bats and boards to these clubs that will be formed to enhance their capacities.

Mr Adolph Tetteh Adjei, CEO of SAPHOLDA Ventures and funder of the tournament, pledged two more table tennis boards to support the clubs and asserted that table tennis is a means of curbing streetism so he’s extremely committed to seeing through with this policy.

At the end of the competition, 30 playing bats were awarded to winners, a table tennis board was donated to the electoral area and a table tennis club was instituted with an indigene of La, Naa Teki assigned the coaching role.

Naa Teki is a young fire service personnel who got her admission into the service through table tennis.