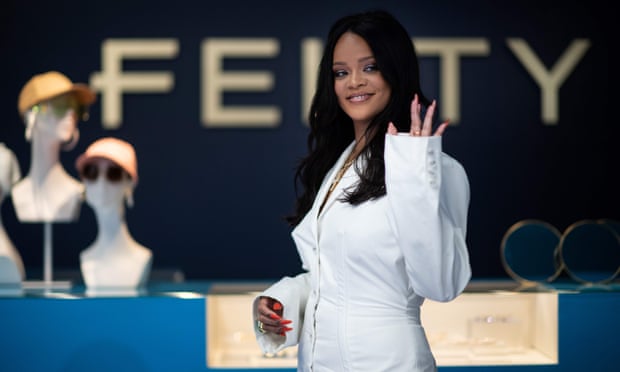 Rihanna’s Fenty label was the second luxury fashion house started from scratch by the conglomerate LVMH – after Christian Lacroix in 1987.

The slowdown of luxury fashion continues with the announcement that Rihanna’s ready-to-wear line Fenty has been discontinued.

The fashion line, launched in 2019, made history as the first luxury brand run by a black woman and effortlessly chimed with Generation Z’s values of inclusivity and diversity. It was also only the second luxury fashion house started from scratch by the French conglomerate LVMH – after Christian Lacroix in 1987.

Although it comes as a surprise – Rihanna picked up the Urban Luxe gong for the brand at the Fashion awards in the 2019 – the end of the ready-to-wear arm of Fenty is in part a casualty of the pandemic.

The brand, known for footwear, denim items and eyewear, has struggled with supply chain issues and the singer, who is based in the US, has been unable to travel in order to collaborate with the Parisian fashion team.

During a press conference in October, LVMH’s chief financial officer, Jean-Jacques Guiony, also hinted that they were having their share of teething problems.

“On Fenty fashion we are obviously still in a launching phase and we have to figure out exactly what is the right offer,” he was quoted by the New York Times as saying. “It is not something that is easy. We were starting entirely from scratch. Obviously we have the great help from Rihanna on this, but I would say it’s still a work in progress when it comes to really defining what the offer will be.”

Prices above what her fans could afford (jeans were £300) also played a factor.

Despite other LVMH-owned fashion brands such as Dior and Louis Vuitton bucking the trend of decline during the pandemic, net profits for the parent company fell 34% in 2020, according to WWD website.

Fenty’s final collection, a collaboration with the footwear designer Amina Muaddi, was in November last year and its last Instagram post was on 1 January.

The shuttering of the fashion arm of Fenty will not affect its side projects, the lingerie arm Savage X Fenty and Fenty Skin, which are both considered success in their field: the former made $108m (£78m) last year and the latter, which is available in Boots, has made £26m in four months, according to WWD.