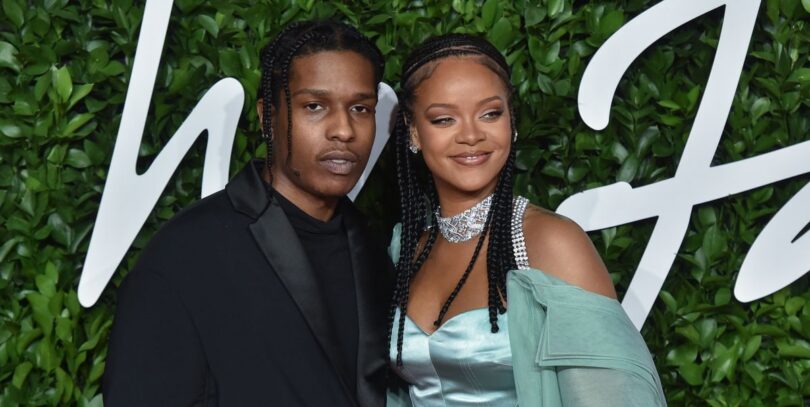 Rihanna apparently has a new boyfriend—and it’s her longtime friend A$AP Rocky. A source confirmed to People that Rihanna and Rocky, both 32, are officially dating now; the source did not specify for how long or give any detail about how casual or serious the relationship is.

Page Six did report that RiRi and Rocky were seen “with a group of friends at the Beatrice Inn on Saturday night” in New York and that they were “seated discreetly behind a curtain.”

Rihanna last dated Saudi businessman (and billionaire) Hassan Jameel for three years. Their breakup was reported in January 2020. People reported at the time that the two split because they weren’t a good longterm match. A source said, “Their lives were too different and it was hard to maintain a relationship.”

Rihanna and A$AP Rocky at the British Fashion Awards in 2019.

Rihanna and Rocky were first linked romantically shortly after her breakup with Jameel was reported.

The Sun reported the two were dating, with its “Rihanna source” claiming that Rihanna was wary of DTRing. “Rihanna is reluctant to put a label on it as it’s so soon after Hassan,” the source said. “They’re really enjoying each other’s company and taking things easy as it’s still early days.”

The Sun‘s report was shut down by E! shortly after it came out, with a source saying, “Rihanna is single. She just got out of a long intense relationship with Hassan. She wants to be single and isn’t going to jump into something. She’s hanging out with A$AP Rocky, but she is not dating him.” That source added that yes, “they have a long history, and she’s just having fun.”