Home » Review: “The River Within,” mystery debut by Karen Powell 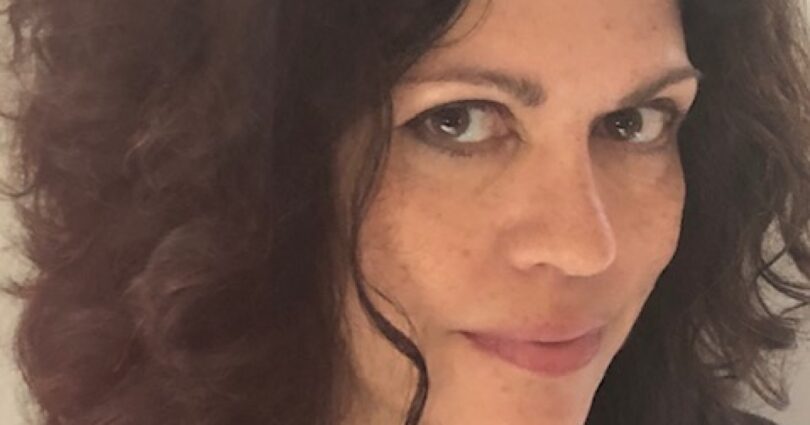 If you buy books linked on our site, The Times may earn a commission from Bookshop.org, whose fees support independent bookstores.

More than a few deaths occur in Karen Powell’s debut novel, but despite its wild-and-windy-moors Yorkshire setting, “The River Within” is no stock northern English murder mystery. In well under 300 fast-turning pages, Powell manages something much larger and more complex: an autopsy of the entire caste system of post-World War II Britain.

In the northerly village of Starome in 1955, a farmer’s boy named Danny Masters pines for Lennie Fairweather, a butler’s daughter who pines in turn for a young aristocrat, Alexander Richmond, resident of Richmond Hall, its grandeur “all in its breadth.”

It’s a tale as old as time, here told from the perspectives of three characters — Danny, Lennie and Alexander’s mother, Venetia. Their recollections range from 1932 to the present of 1956 and revolve around a dangerous river. “How changeable it was, this coppery water,” Powell writes, “muscling into the neck of the valley, which fought back at the Stride, the narrowest point of the river, where the water raged and boiled at the constraint, and then plunged on, eating its way through the softer rock and the soil that lay beyond until its fury was finally spent.”

Beneath that river lies the deep mystery that drives the plot. First, a body is found. Then, a character dies by suicide. Another meets a similar fate. How are these deaths connected? Readers will know one character’s fate from the first page, but understand it only fully by the closing chapters.

Carefully, almost delicately, Powell sorts through the events of these three characters’ lives, drawing in a dozen others along the way and painting a portrait of midcentury England that puts the lie to British pieties about the postwar welfare state. Both Danny and Lennie know that their loves are out of their league, but love them they must. The spectacle of Lennie swallowing Alexander’s blithe promises, at grave risk to her pride and reputation, is as grisly as any crime of passion.

One of Powell’s most striking decisions is to pay so much attention to Venetia Richmond, who in a different writer’s hands might have become a distant, one-note lady of the manor. Powell shows us Venetia as a young bride and a first-time mother, moving into roles that don’t come naturally to her at all. Arriving at Richmond Hall, she is dismayed to find most of it in tatters, except for a huge carved fireplace mantel. “It’s a Grinling Gibbons,” Grandmother Thomasina tells her boastfully — a cornucopia of fruits and nuts and foliage evoking the lost grandeur of the British gentry.

When Venetia gives birth to Alexander, she fails to bond — and he fails to thrive. After weeks of torment, a doctor orders that Alexander be bottle-fed. “There! The poor mite was starving,” the nurse says as Alexander gulps from a rubber nipple. The estrangement of mother and son is inherited along with all the other trappings of the sclerotic upper class. No wonder Alexander, though truly in love with Lennie, goes off on a grand tour of Greece without a thought for how she feels. He’s used to being ignored when he becomes inconvenient and expects others to feel the same.

Not only do these characters misunderstand each other’s motivations; they also don’t know enough about themselves. Lennie and her brother, Thomas, lost their mother when they were quite young. Their father, Peter, once valet to the patriarch Angus Richmond, has become a kind of ad hoc butler at the Hall, afforded an estate cottage in a rare act of generosity.

Peter’s gratitude blinds him to the truth of what happened to his wife and how it might figure in their children’s future. His stolidity in the face of the emotions swirling in his household sets him up as the perfect foil to Angus — and the perfect target for Thomas’ anger about the landowning nobles who, he feels, keep England mired in a mothballed past.

Rivers have eddies, and so does the novel. As some sections move forward and backward in time, sometimes reversing direction, the main narrative thread tends to flow forward. Slowly, steadily, we come to understand the forces that shape the story, while the flashbacks help us understand the forces that shape its characters. None of these unfortunate souls escapes the pressures of their time, although the women fare worst of all.

Powell does dole out dire consequences for Angus and Peter, the men who would cling hardest to the status quo. Even Thomas wouldn’t wish such cruelty on them, but perhaps that doesn’t matter. It will be Thomas and the “Angry Young Men” of his generation navigating the river in the coming years.

This is not a story of triumph. The younger generation, as we know, will make its share of mistakes (See also: Margaret Thatcher). But their consciousness is modern, closer to our own. They are survivors.

Powell’s poetic last sentence suggests, however, that there is more constancy than change: “The river would flow on though, long after the earth had closed in around the bones of the past, and the land would become what it always had been, a palimpsest waiting for a new story to be told, which was always the old story, of love and loss and joy and grief.” Powell has not written a pale imitation of “The Crown” or “Downton Abbey.” “The River Within” contains multitudes; it’s a fresh look at the pressures our caste systems place upon all of us, no matter where we come from.