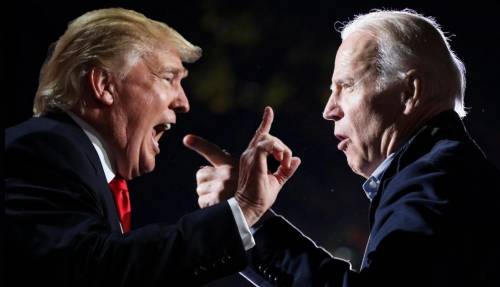 Biden said that Trump has had full opportunity to contest the results in court and “in every case no cause or evidence was found to reverse or question or dispute.”

President-elect Joe Biden tore into Donald Trump on Monday with his strongest criticism since the election, saying the Republican and his allies defied the constitution and the “will of the people” in not accepting the results.

Biden was referring to a Republican lawsuit, supported by Trump, that sought to overturn Biden’s wins in several key states, but which was rejected by the Supreme Court last Friday.

Biden praised voters for turning out in record numbers despite fears of Covid-19 and “enormous political pressure, verbal abuse and even threats of physical violence” against those running the elections.

“The flame of democracy was lit in this nation a long time ago. And we now know nothing, not even a pandemic or an abuse of power can extinguish that,” Biden said in a report by AFP.

“It is my sincere hope we never again see anyone subjected to the kind of threats and abuse we saw in this election,” Biden said, calling the harassment of officials “unconscionable.”

Biden said that Trump has had full opportunity to contest the results in court and “in every case no cause or evidence was found to reverse or question or dispute.”

Biden lashed out at the Republican party for standing behind Trump’s evidence-free claims of mass fraud. But he said the Supreme Court last week sent “a clear signal.”

“I’m convinced we can work together for the good of the nation,” he said.