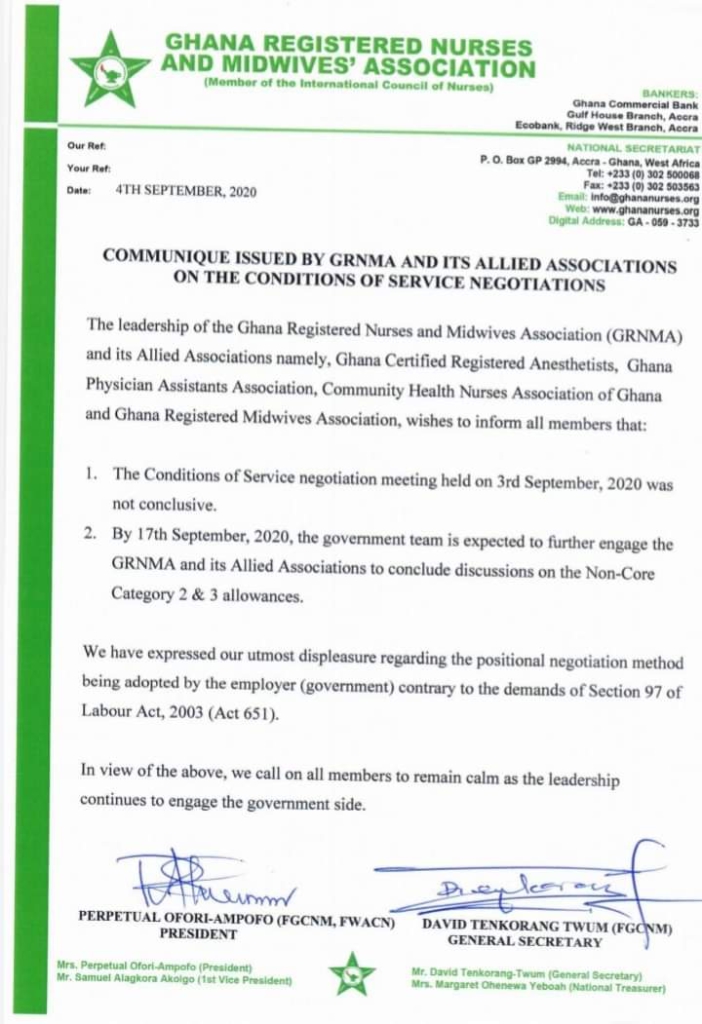 The leadership of Ghana Registered Nurses and Midwives Association (GRNMA) and it’s Allied Associations have called on members to remain calm while they continue to engage the government on their conditions of service.

In a statement signed by the President of the Association, Perpetual Ofori-Ampofo, and sighted by JoyNews, the leadership said an earlier meeting held with the government on September 3 was inconclusive.

“We have expressed our utmost displeasure regarding the positional negotiation method being adopted by the employer (government) contrary to the demands of Section 97 of the Labour Act, 2003 (Act 651)”, the statement noted.

The statement also noted that “by 17th September 2020, the government term is expected to further engage the GRNMA and its Allied Association to conclude discussions on the Non-Core Category 2 & 3 allowances.”