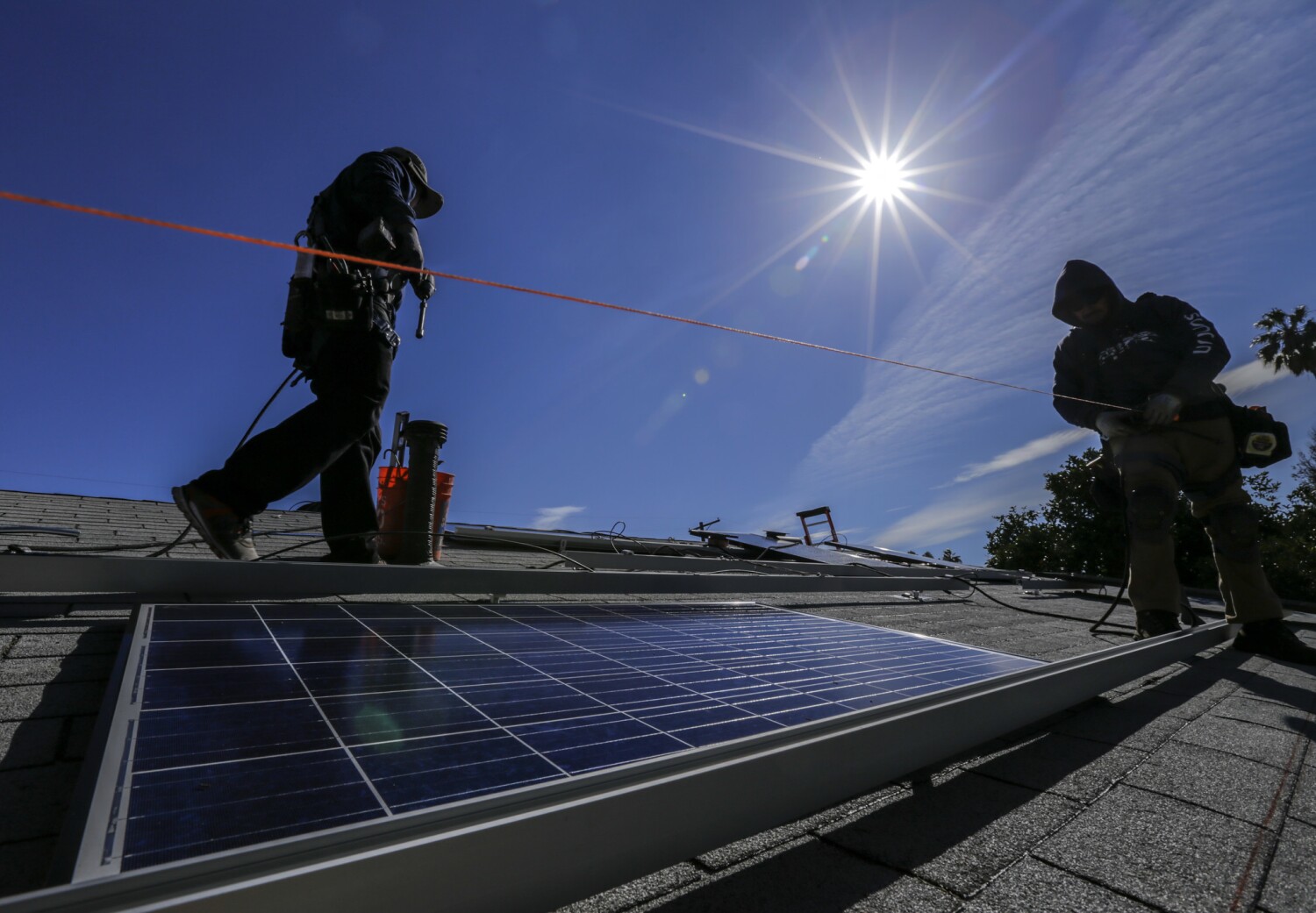 The California Department of Business Oversight has barred an Encino contractor from offering PACE home improvement loans, alleging the company fraudulently signed homeowners up for financing that if unpaid can lead to foreclosure.

The action against Eco Technology Inc., which through its attorneys denied the allegations, marks the first such move the department has taken since a 2017 law gave it oversight over PACE, a unique type of financing that funds energy- and water-efficient home improvements.

Property Assessed Clean Energy, or PACE programs, are set up by government authorities, and most have partnered with private lenders to offer the loans, which are repaid through a homeowner’s property tax bill.

The private lenders, in turn, have relied on home improvement contractors to market the loans and sign people up. Some homeowners have alleged those contractors misled them into taking out loans they neither understood nor could afford.

In a desist and refrain order issued Wednesday, the Department of Business Oversight alleged Eco Technology workers falsely told homeowners they were signing up for a “free government program” and wouldn’t have to pay for their home improvements.

To make the loans go through, the department alleged Eco Technology forged the signatures of homeowners on electronic loan documents and impersonated homeowners on calls with PACE lenders.

The order said that in at least one case, it appears that a “fraudulent IRS Form 1099 was submitted in the financing package in order to increase the income level of the homeowners in order to meet ‘ability to pay’ requirements.”

Ability to pay requirements, along with mandated phone calls with lenders, were both part of a 2017 state legislation package that sought to ensure homeowners understood what they were getting into and could afford it.

In addition to allegations of forgeries, the department said Eco Technology “sold the products it offered at inflated prices — three to five times the usual industry rate — and used high-pressure tactics to prey on mostly elderly homeowners and those who did not speak English as their primary language.”

Attorneys representing Eco Technology said the company denies all the allegations, including that it forged documents or impersonated homeowners.

Maria Plumtree, of Plumtree and Associates, said prices for the home improvements were also set by the lenders and Eco Technology had stopped offering PACE before the order, because homeowners complained after they realized they’d have to pay interest — something Plumtree said Eco Technology wasn’t aware of.

The order did not name the PACE lenders and The Times could not immediately confirm their identifies.

In the past, major lenders have said most consumers have a positive experience with PACE and that they’ve instituted reforms and taken action against contractors found to misrepresent financing.

Mark Leyes, a spokesman with the Department of Business Oversight, said though Eco Technology no longer works with PACE lenders, the department took its action to stop the company from working with PACE lenders in the future.

Citing the difficulty of contractor oversight as one justification, Los Angeles County recently ended its PACE program. Despite that action, homeowners in the county can still access PACE financing through statewide programs if their cities have allowed it.