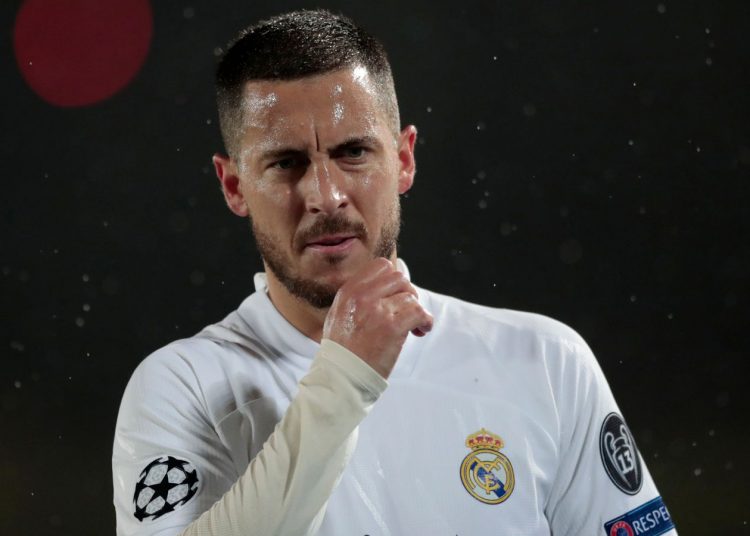 Real Madrid will listen to offers for Eden Hazard and Gareth Bale this summer amid their continued interest in Kylian Mbappe and Erling Haaland.

Hazard has scored only five times since he moved from Chelsea two years ago in a deal worth up to £130m.

Injury problems mean the Belgian has featured in only 43 games across all competitions in two seasons in Spain.

The 30-year-old was not in the squad for Saturday’s game against Villarreal as Real finished the campaign second in La Liga, two points behind champions Atletico Madrid.

Real Madrid, who lost to Chelsea in the Champions League semi-finals, ended this season without a major trophy for the first time since 2009-10.

The collapse of the proposed European Super League, plus their ongoing interest in Mbappe and Haaland, means Real Madrid need to raise money from player sales this summer.

As well as Hazard and Bale, Real will listen to offers for other players such as Luka Jovic.

Meanwhile, Bale spent the 2020-21 season on loan at Tottenham, scoring 16 goals and ending the campaign with a double at Leicester on Sunday.

After that match, Bale said he has made a decision on his future but will wait until after this summer’s Euros before he makes it public because it would “cause chaos”.

The Wales captain’s contract with Real expires in the summer of 2022.