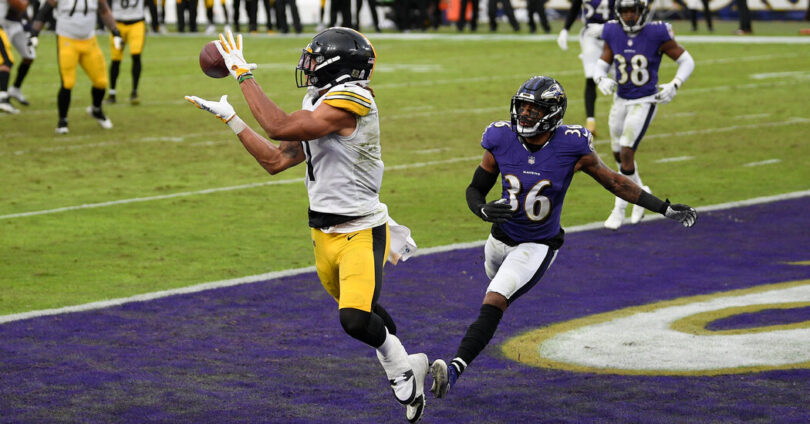 If the N.F.L. schedules a game for a Wednesday, it is a safe bet that something went wrong. From a presidential speech to Pennsylvania’s restrictive blue laws to a velodrome flooded with mud, the league tends to move its contests to that day of the week only as a last resort.

That is certainly the case for Wednesday’s game between the Baltimore Ravens and the undefeated Pittsburgh Steelers, which was originally scheduled for a prime time spot on Thanksgiving. The game was later moved to Sunday afternoon because of a coronavirus outbreak among the Ravens, then pushed to Tuesday night when the outbreak spread to affect over 20 people and finally ended up on Wednesday.

A look back at Wednesday games throughout N.F.L. history reveals the league may not play on the day very often, but Wednesdays have provided more than their fair share of indelible memories.

With President Barack Obama scheduled to speak on the Thursday of the Democratic National Convention in 2012, the N.F.L.’s traditional season opener was moved one day earlier. The defending-champion Giants hosted Tony Romo and the Dallas Cowboys and promptly had much of the enthusiasm for the previous season’s triumph fade away with a 24-17 loss to their division rivals.

“It takes a bite out of humble pie,” Coach Tom Coughlin said of the loss.

The humbling continued as the Giants went 9-7 that season and missed the playoffs, though they did manage the somewhat unusual distinction of playing on four different days of the week that year. In addition to their 13 Sunday Games, the Giants played games on a Monday, a Wednesday and a Thursday.

As part of a spread out start to the 1948 season, the Los Angeles Rams played the Detroit Lions on Sept. 22. It was the league’s first Wednesday game since 1940, when it was a more common occurrence, and its last one until 2012.

Far more significant than the day of the week was a uniform innovation that came courtesy of Los Angeles halfback Fred Gehrke. Thanks to Gehrke, who had been an art major in college, the Rams became the first N.F.L. team to play a regular season game with logos on their helmets.

Gehrke hated the plain brown leather helmets of the era, so he painted one blue and added the team’s now-familiar yellow horns. The Rams’ owner, Dan Reeves, liked the design and Gehrke spent the summer decorating 75 helmets for use in the 1948 season, collecting a $1 fee for each helmet he painted.

Gehrke would eventually become general manager of the Denver Broncos, but he was well aware of where he made his mark.

“I spent the better part of my life in football, and I’ll be best remembered for some work I did with a paintbrush, but that’s OK,” Gehrke told Sports Illustrated in 1994. “I’ve been called the da Vinci of football helmets, and that’s not all bad.”

In the early days of the league, the Providence Steam Roller played their home games at the Cycledrome, a bicycle racing stadium in Rhode Island. A game against the Chicago Cardinals was unplayable because of heavy rains, but in a chaotic financial environment brought about by the recent stock market crash, the team’s players were unwilling to skip a week of pay. So the Steam Roller brass arranged a makeup game for Wednesday, Nov. 6, at Kinsley Park, a minor-league baseball stadium that had recently installed lights.

The Providence Journal recorded a crowd of 6,000 for the game in which the ball was painted white, giving it “the appearance of a large egg” in hopes that players would see it better. The matchup, part of a stretch of four games in six days for Providence, resulted in a 16-0 loss for the Steam Roller, but it was a financial success.

Seeing that the future would include more night games, the financially struggling Steam Roller were not done innovating. At least one Providence player, Tony Latone, had a clause written into his 1930 contract that called for him to receive only 60 percent of his regular pay for night games. According to the Pro Football Hall of Fame, the team claimed the savings would go toward light maintenance.

While Wednesdays are an unusual day for an N.F.L. game, they are somewhat familiar territory for the Steelers, or at least they were in the early days of the franchise.

The Pittsburgh Pirates, as the team was originally known, began play in 1933 and because of the restrictive blue laws in Pennsylvania, they were not initially allowed to play home games on Sundays. As a result, the first four games in Steelers history were played on Wednesdays.

Heavy political lobbying — largely intended to lift a financial burden on the far more popular baseball teams of the state — had the rules eased considerably, opening the door for Sunday football. But Pittsburgh did not abandon Wednesdays entirely, with the team appearing in 10 of the N.F.L.’s 13 Wednesday games from 1933 to 1936, going 4-6.

Despite that extended run of Wednesday play, the Steelers do not hold the record for games played on Wednesdays. The Detroit Lions, who are somewhat synonymous with playing on Thanksgiving, also hold the record for Wednesday games, playing in 13 of them from 1930 to 1948, first as the Portsmouth Spartans and later under their current name.